Singer Shamoon Ismail is no stranger to finding fans across the border, this time making his way into the playlist of Gully Boy actor Siddhant Chaturvedi. The actor took to his Instagram stories to share a screenshot of the tracklist of Shamoon’s latest offering, Scars and Screws. Siddhant can be seen playing the track Faasla which features Hasan Raheem, sharing a gif that read, “On loop.”

The actor also tagged Shamoon, writing, “Shamoon Ismail Bhai,” along with a heart emoji on fire over an image of a record. 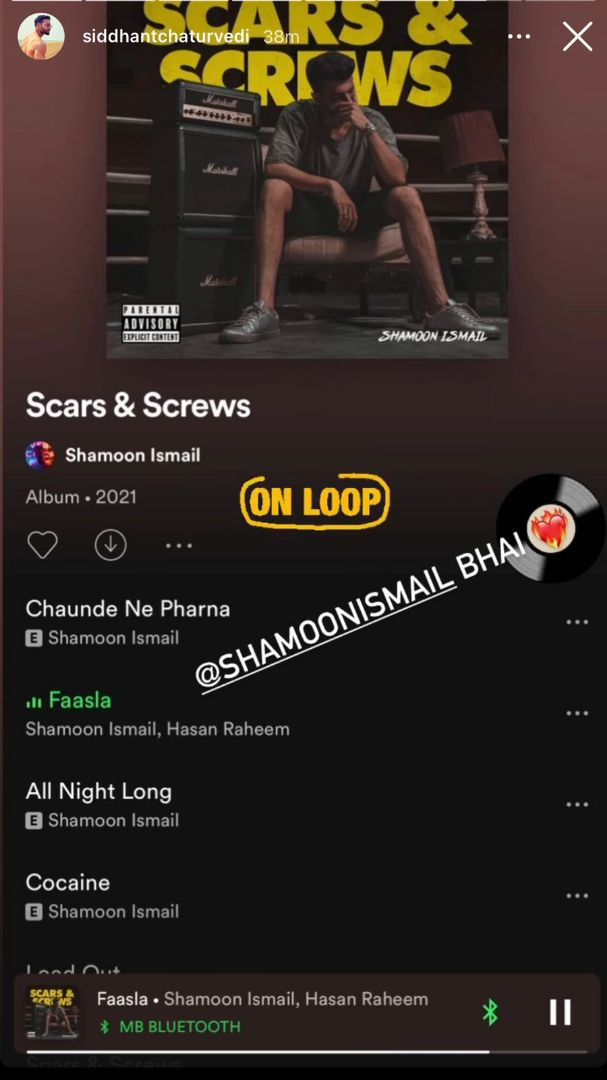 The singer dropped Scars and Screws on Friday, with the 12-track album featuring other artists including Hasan of Aisay Kaisay fame and Talha Anjum.

Shamoon has also collaborated with music producer Ravalio on the album. Other international fans of the singer include US Congresswoman Ilhan Omar and Bollywood actor Rohit Saraf.

Rohit, who has appeared in various popular films such as The Sky Is Pink, Ludo and Hichki, also shared a photo on his Instagram with a caption reading, “Can’t stop listening to @shamoonismail‘s music."