What happens now that US troops have left Afghanistan?

Private venture here to save football

Many believe actors like Areeba Habib or Sanam Baloch could have fit the bill much better than Khan.

After Mahira Khan’s portrayal of Nigar Johar made it to social media, users have objected to the casting of the star in a show about the life of Pakistan's first female Lieutenant General.

Many have claimed actors like Areeba Habib or Sanam Baloch could have fit the bill better, especially since Johar is body positive and body positivity should not be replaced like it’s something to shy away from. Others feel it is extremely insensitive to cast someone on the basis of their appearance and stardom, when they don’t even speak in the same dialect as the character, in this case, a real person, or look even remotely similar.

The second teaser for Ek Hai Nigar, based on the life of Pakistan's first female officer, who was promoted to the rank of the country’s first female three-star general, sees Khan echoing the empowering sentiments of Johar. Although she seems to be doing a fine job, it is evident she has not made any effort to physically transform herself for the role.

The blame cannot lie on her alone, though, since it is also the producers’ and director’s responsibility to ensure their leading performers hit the nail on the head while portraying characters, especially if the project is a biopic. 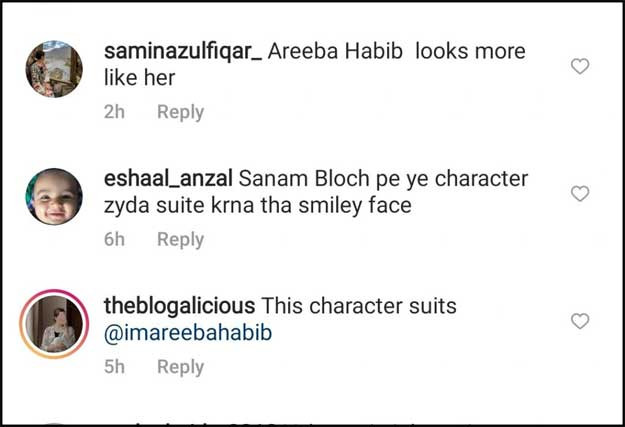 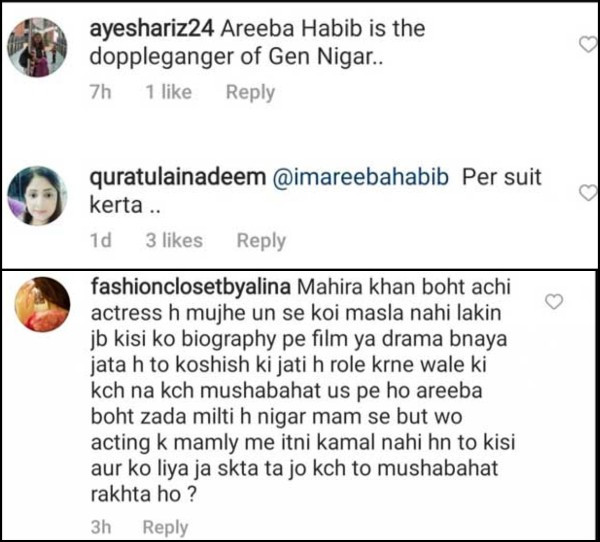 Ek Hai Nigar has been penned down by Umera Ahmad and directed by Adnan Sarwar. It has been produced under the banner of Nina Kashif and Mahira Khan's production company Soul Fry Films. Khan's Superstar co-actor Bilal Ashraf is also playing a pivotal role in the drama serial.

Johar, on the other hand, is a recipient of the Tamgha-e-Imtiaz (Military) and Fatima Jinnah Gold Medal Awards too, for her meritorious services in Army Medical Corps from the Prime Minister.

Mahira does not represent the overall character because of the personality the style there are min similarities.

One should not be so critical of actors who are portraying positively on Nigar Johar s life time achievements. I am from Mardan and she makes me very proud of her.

If the lady she is portraying has no objection. Then who are to object. May Allah give health and happiness to Madame General. Ameen

Hats off to lady Johar