‘There are limited roles for both men and women in TV’: Junaid Khan

Ida, one of the most powerful hurricanes ever to hit the US Gulf Coast, knocked out power to over 1 million homes in Louisiana on Monday and prompted rescue operations in flooded communities around New Orleans as the weakening storm churned northward.

Ida made landfall on Sunday as a Category 4 hurricane, 16 years to the day after Hurricane Katrina, evoking memories of a disaster that killed more than 1,800 people in 2005 and devastated New Orleans.

By late Monday afternoon, after dumping a deluge of rain in Louisiana and killing at least two people, Ida was downgraded to a tropical depression as its eye crawled through neighboring Mississippi. Louisiana Governor John Bel Edwards said more fatalities were expected in his state.

"We didn't have another Katrina and that is something that we should be grateful for. However, the impact is absolutely significant," New Orleans Mayor LaToya Cantrell told a news conference. 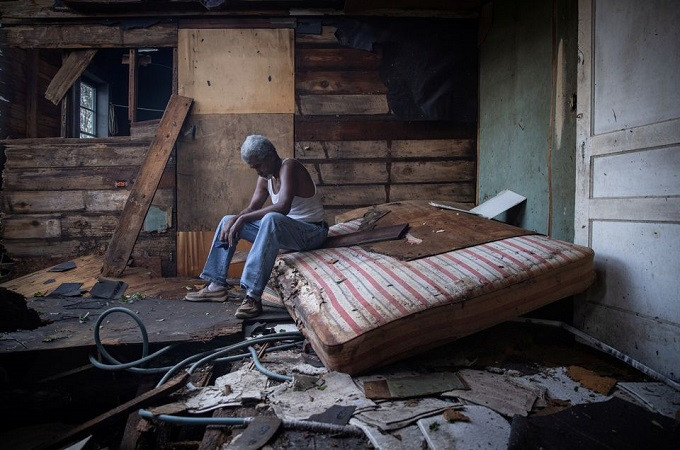 Theophilus Charles, 70, sits inside his house which was heavily damaged by Hurricane Ida in Houma, Louisiana, U.S., August 30, 2021. REUTERS/Adrees Latif

City officials vowed to comb every neighborhood block by block to assess damage and aid the afflicted, seeking to reassure a majority Black city that felt abandoned by the US government after Katrina.

"No one will be left out," Cantrell said.

President Joe Biden declared a major disaster in the state, and the Federal Emergency Management Administration (FEMA) sent 3,600 of its personnel and 3.4 million meals to the storm-devastated area.

Climate change is fueling deadly and disastrous weather across the globe, including stronger and more damaging hurricanes.

The National Guard said it has dispatched thousands of personnel as well as vehicles that can navigate flooded roads, boats and 34 helicopters to rescue people stranded by flooding.

Local officials and 'Cajun Navy' disaster relief volunteers sped to the small city of Houma, where volunteers searched for people who were reported trapped by floodwaters.

Jefferson Parish Sheriff Joe Lopinto said he was coordinating a flotilla on Monday to rescue an estimated 400 people in Lafitte, a fishing community about 25 miles (40 km) south of New Orleans.

Another 40 people rode out the storm and appeared to be safe on the tiny barrier island of Grand Isle, just a few miles from where Ida made landfall at maximum strength on Sunday, Lopinto told WWL Radio.

The town of LaPlace, on the shore of Lake Pontchartrain, also sustained damage, with homes crushed by trees or surrounded by several feet of water. People waded through floodwaters to check on their loved ones. 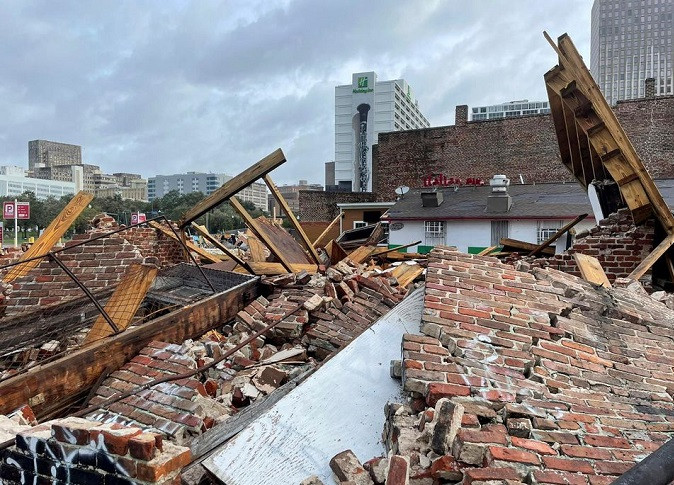 "The sky went black and what you could hear was a tornado," said Madeline Brewer, 30, shortly after being rescued by the US Army on Monday. "There was a whole tree that flew past."

Widespread power outages reached as far north as over 200 miles from where the hurricane made landfall. Many water systems in Louisiana were also out.

The entire New Orleans metropolitan area lost power after the failure of all eight transmission lines that deliver electricity to the city, the utility company Entergy Louisiana(ELC.N) reported.

Customers in the hardest-hit areas could experience power outages for weeks, Entergy said.

More than 1 million Louisiana electric customers and 92,000 in Mississippi remained without power, according to PowerOutage, which gathers data from US utility companies.

Oil production in the US Gulf of Mexico on Monday was almost completely shut off after the storm forced the evacuation of hundreds of oil and gas production platforms and drilling rigs, with 1.72 million barrels of output suspended, according to offshore regulator the Bureau of Safety and Environmental Enforcement (BSEE).

The closures are equivalent to 95% of the Gulf’s crude output and 94% of gas production.

Ida crashed ashore at a time when Louisiana is reeling from a resurgence of COVID-19 infections that has strained the state’s healthcare system, with an estimated 2,450 COVID-19 patients hospitalized statewide, many in intensive care units.Even so, early assessments indicate that the healthcare system in Louisiana largely escaped catastrophic damage.

Another encouraging development was that the $14.5 billion system of levees, floodwalls and gates erected after Hurricane Katrina seemed to have passed their first major test.

“There were no levee breaches or overtopping ... There have been no issues with our pumps,” the Southeast Louisiana Flood Protection Authority East said, adding that the system performed as designed.

Although Ida weakened over land it still threatened to generate tornadoes in Louisiana and storm surge warnings remained in place for the Gulf coasts of Mississippi and Alabama.

Oil rises with storm-hit US output set for slow return