Shafqat warns of action against schools not implementing SNC

Matters of mutual interest will be discussed during the visit, says Pakistan's Special Representative for Afghanistan

As the Taliban forces started entering the Afghanistan capital after taking all the major cities, including Jalalabad and Mazar-i-Sharif, a high-level delegation of Afghan political leadership including Speaker Wolesi Jirga Mir Rehman Rehamni arrived in Islamabad on Sunday.

He said that matters of mutual interest will be discussed during the Afghan political leadership's visit.

Matters of mutual interest will be discussed durimg the Afghan political leadership's visit.

Political leadership of Afghanistan in the State Lounge at Islamabad International Airport. pic.twitter.com/gwQI6wiMKC

While the objectives of the arrival remain unclear, chances of dialogue seem certain amid the rapidly changing situation in Afghanistan due to the continuous Taliban gains against the security forces.

Pakistan is likely to host a regional conference on Afghanistan to be attended by foreign ministers of the immediate neighbours of the war-torn country as well as other stakeholders as part of a diplomatic push to prevent a civil war there. 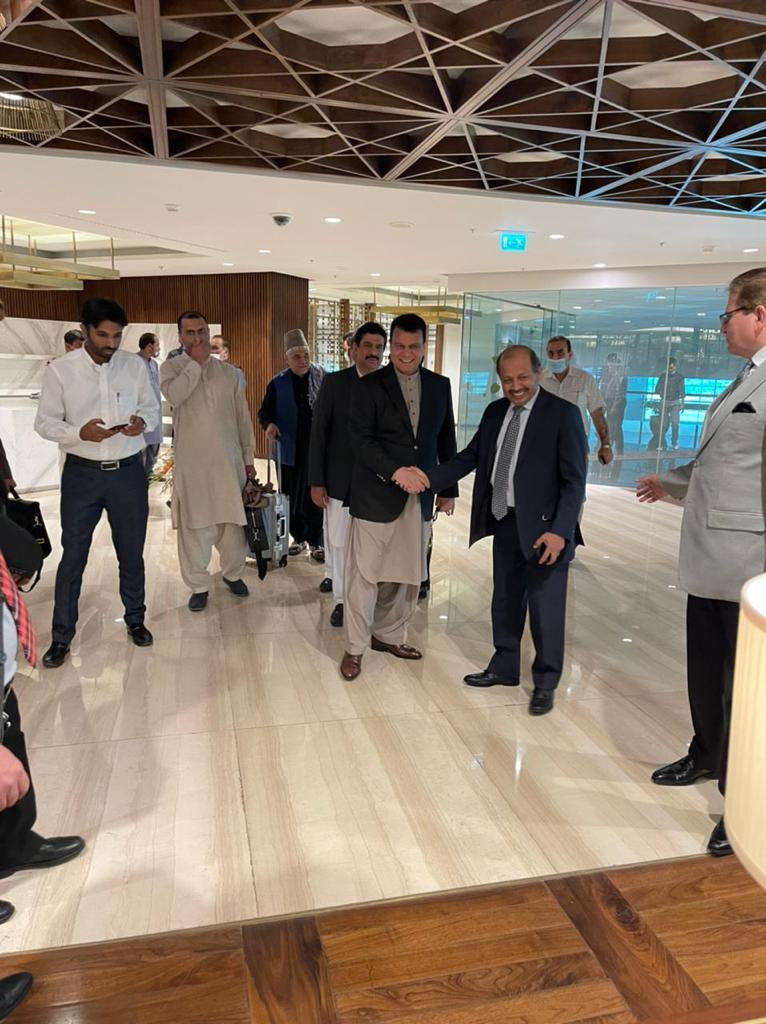 “We are planning to host foreign ministers of the key regional countries on the Afghan situation,” a senior Pakistani official told The Express Tribune requesting anonymity.

The official added that they could not provide the list of invitees. However, sources said foreign ministers of the neighbours of Afghanistan including Russia, China, Iran and other stakeholders including Turkey would attend the conference.

Also read: No plans to shut down embassy in Kabul yet: FO

The idea behind the initiative is to discuss the latest situation and evolve a consensus in order to prevent a civil war in Afghanistan.

The neighbours of Afghanistan are concerned that the deteriorating situation in the war-torn country would have a negative impact on the region.

I am pleased to welcome Afghan's Speaker @MRahmanRahmani & Afghan delegation to Pakistan. We exchanged views on #AfghanPeaceProces. Pakistan remains a steadfast partner of Afghanistan & together we look forward to a peaceful & prosperous future. pic.twitter.com/CSn2j1uL3r

Pakistan has a central role in the Afghan endgame, but as the situation deteriorates in the neighbouring country, there are elements within Afghanistan as well as in the US which are holding Islamabad responsible for the mess. 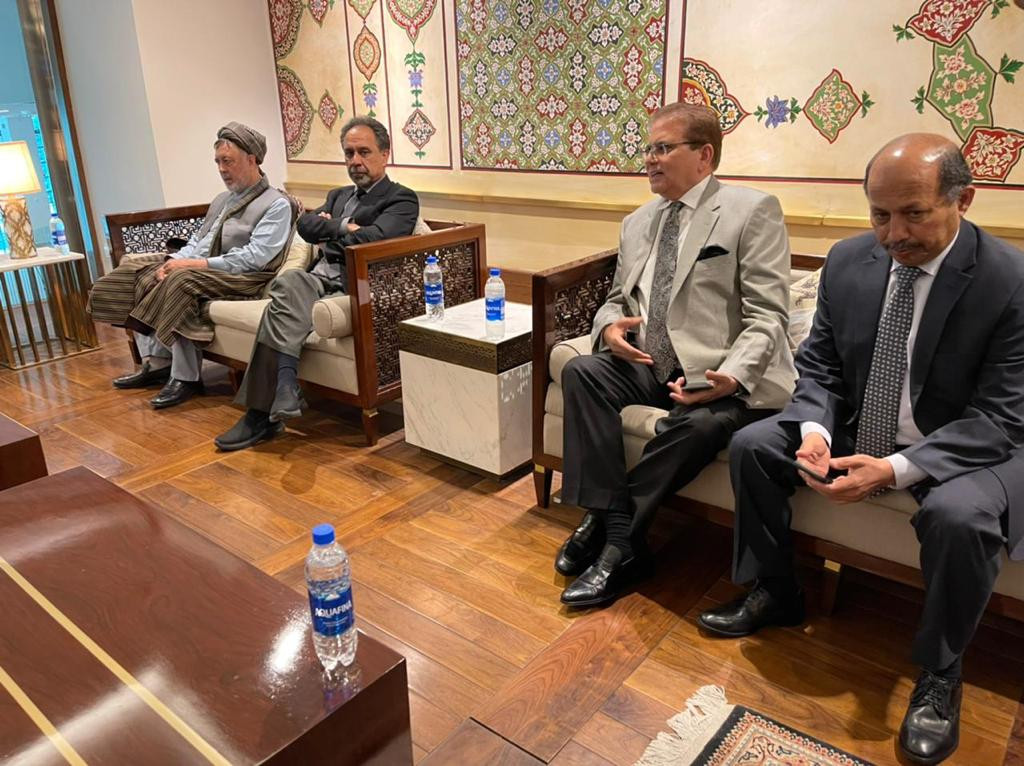 President Ashraf Ghani's government was left completely isolated on Sunday after the Taliban claimed the anti-Taliban northern stronghold of Mazar-i-Sharif and the eastern city of Jalalabad.

Like with most of the other captured cities, the seizure of power came after government forces surrendered or retreated.

It left the Taliban holding all the cards in any negotiated surrender of the capital.

UK vows not to turn back on Afghanistan despite embassy pullout