City’s restoration is the aim, let’s work together: Wahab

Justice Jamal Khan Mandokhail, previously serving as the chief justice of the Balochistan High Court, was administered the oath on Monday as a judge of the Supreme Court.

The oath was administered by Chief Justice Gulzar Ahmed at a “simple and dignified ceremony” held at the SC in Islamabad. The SC registrar conducted the proceedings of the oath-taking ceremony.

The Judicial Commission of Pakistan (JCP) in July approved the name of the Balochistan High Court CJ for elevation to the Supreme Court. After a passage of seven years, a BHC judge is being elevated to the apex court. Earlier, Justice Qazi Faez Isa was elevated to the SC in September 2014. 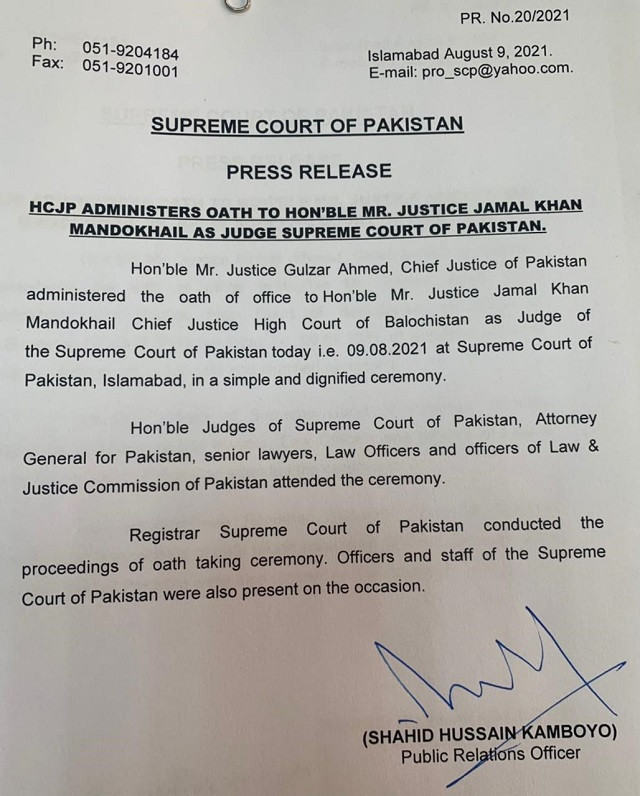 In a separate ceremony held at the Governor House in Quetta, Justice Naeem Akhtar Afghan was sworn in as the new chief justice of the BHC. Justice Afghan was administered the oath by Balochistan Governor Syed Zahoor Ahmad Agha.

The oath-taking ceremony was attended by Balochistan Chief Minister Jam Kamal, judges of the high court, provincial ministers, members of the Balochistan Assembly and military officials. 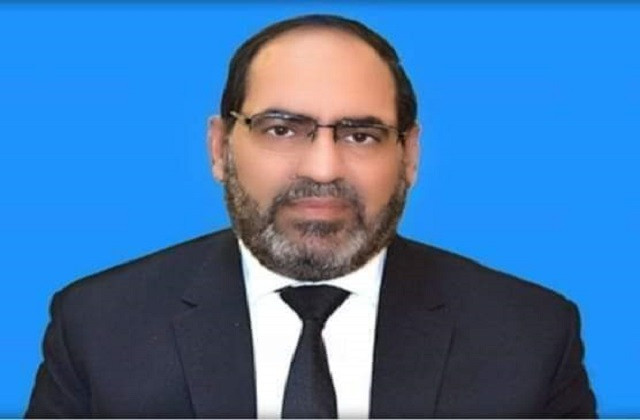 COAS calls for unity to thwart designs of hostile forces