Heavy rains, closure of industries for Eid holidays push down demand in July

The cement sector posted a negative growth of 19.41% in July 2021 owing to heavy rains in most parts of the country coupled with the closure of industrial sector due to Eidul Azha.

According to data released by the All Pakistan Cement Manufacturers Association (APCMA), total cement sales in the first month of current fiscal year stood at 3.9 million tons against 4.8 million tons in July 2020.

Mills based in the southern part of the country sold 554,442 tons of cement in the domestic market last month, which was 7.07% higher than the 517,850 tons supplied to retailers in the corresponding month of previous year. 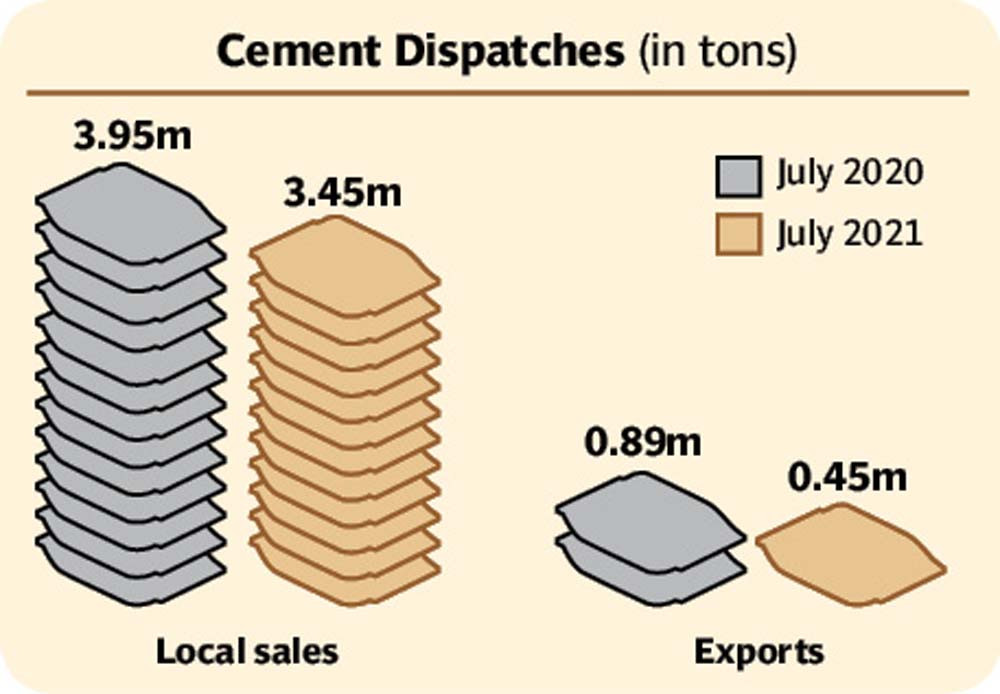 An APCMA spokesman expressed concern over the slide in cement demand. He, however, voiced hope that the cement industry would regain its growth momentum in the coming months on the back of government’s pro-construction sector policies.

“Projects under the government-sponsored Public Sector Development Programme (PSDP) are being constructed in full spirit and development funds have been released upfront,” he added.

Democracy without the basics

Through the glass ceiling and the language barrier