Another cop slain in Khyber-Pakhtunkhwa

A policeman was killed on Sunday in a shooting incident in the Daudzai area of Khyber-Pakhtunkhwa (K-P). This was the second attack on a police official in K-P in two days.

According to preliminary details, Frontier Reserve Police (FRP) constable Asif was going home on a motorbike after completing his duty when an unidentified assailant opened fire at the Daudzai police station, killing him on the spot.

As soon as the report was received, a heavy contingent of police reached the spot while important evidence was also collected, the Capital City Police Peshawar stated in a media press briefing. 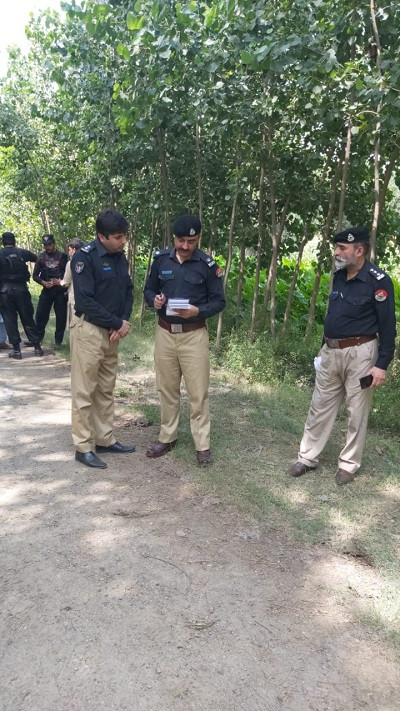 Police officials present at the scene where the FRP constable was gunned down. PHOTO: EXPRESS

It added that SP Rural Sajjad Hussain was also present on the spot and supervising the investigation process. 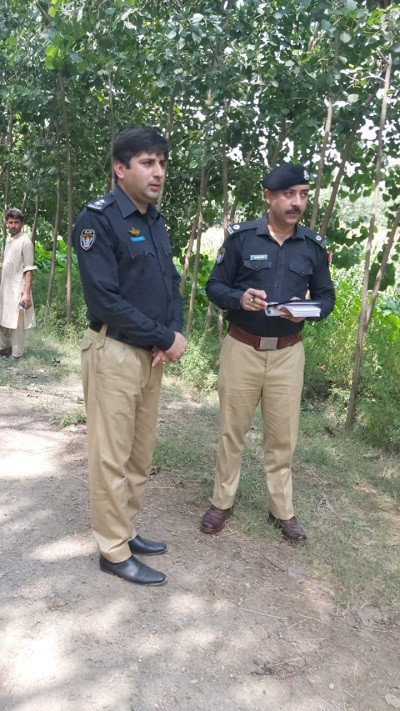 Earlier on Friday, a policeman was killed and three passersby suffered injuries in a hand grenade attack at a Rapid Response Force (RRF) vehicle in Karkhano Market on the outskirts of Peshawar.

An eyewitness told The Express Tribune that a police mobile was standing guard when unidentified miscreants hurled a hand grenade at it, killing the head constable on the spot and injuring three others.

The attackers managed to escape after committing the crime by taking advantage of the confusion and panic caused by the blast.

A large contingent of police reached the area and surrounded it. They also conducted a search operation and arrested several suspicious people.