From Shoaib Malik to Mahira Khan, everyone is proud of Talha Talib

Many are singing praises for the weightlifter who represented Pakistan at the Olympics in Tokyo.

Pakistani weighlifter Talha Talib fell just two kilograms short of history at the 2020 Tokyo Olympics as he lifted a total of 320 kilograms on Sunday.

Talha was representing Pakistan in weighlifitng's 67kg event at the pandemic-postponed Games, where he lifted 150 kilograms in snatch and 170 kilograms in clean and jerk to accumulate a total of 320 kilograms.

The 21-year-old weightlifter from Gujranwala held the gold medal spot until the final round, in which he was demoted to the fifth position in his weightlifting category. But Pakistani celebrities are honouring Talib, whose performance may not have won him a medal but won him the title of the 'national hero' for many on social media.

Mahira Khan took to Twitter for Talib and wrote, "You’ve made us all very very proud!" alongside a picture of him from the Olympic Games.

You’ve made us all very very proud! #TalhaTalib 🙌🏼🇵🇰 pic.twitter.com/nblmscSCsj

Yumna Zaidi chimed in on the micro-blogging site, "you won our hearts."

Singer and song-writer Fakhre Alam tweeted, "From the soil rises another. So close yet so far away. Proud of you."

- We are proud of you Champ, keep your head high! 👍👍 pic.twitter.com/hyqMK0maYA

Hira Mani shared a photo of Talib on her Instagram Stories and thanked him on behalf of the whole nation. 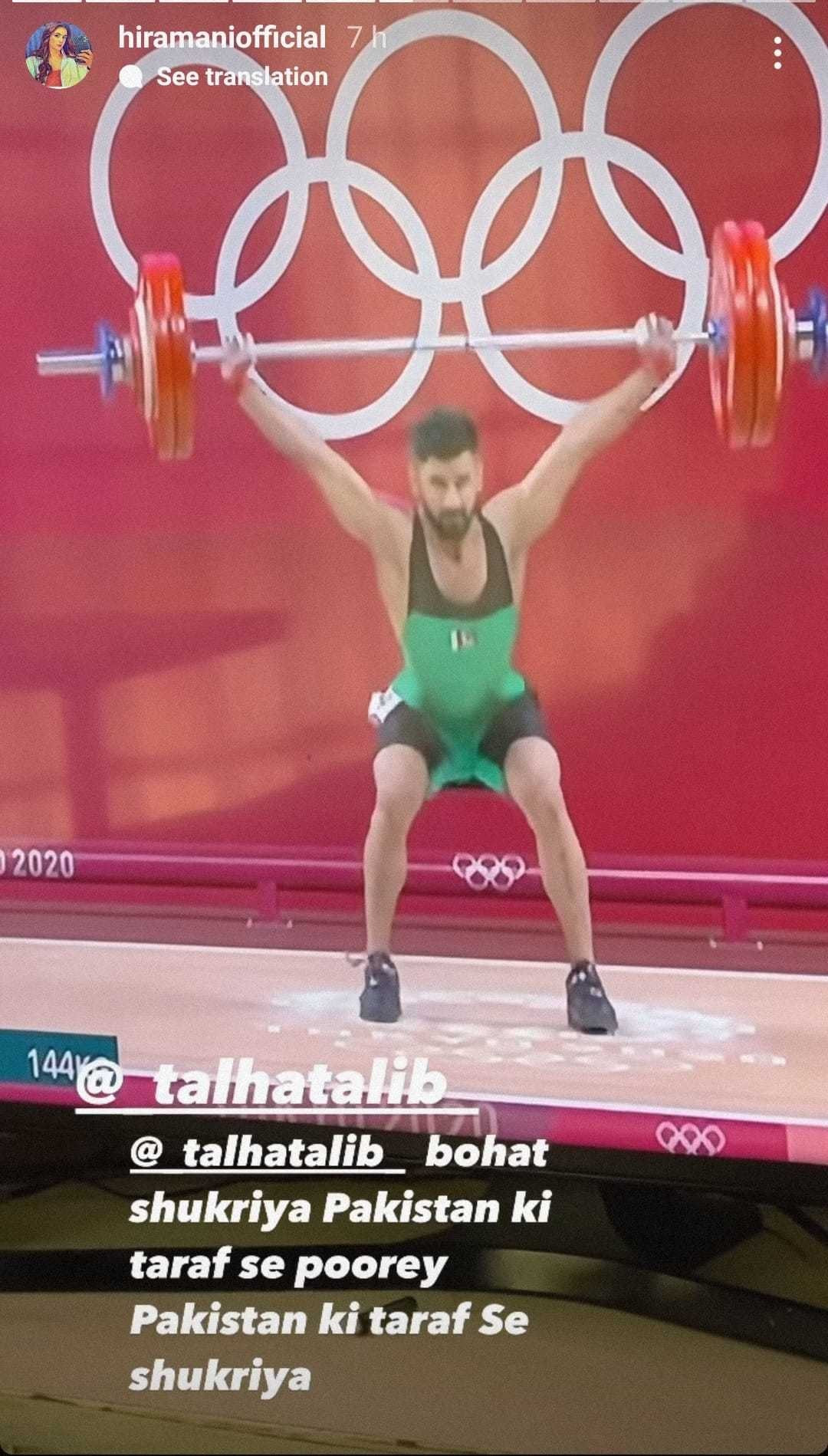 While Azfar Rehman simply shared Talib's achievement on his Stories and tagged him.

The fourth-placed participant from South Korea lifted 321 kilograms, while the Marko Zanni of Italy bagged bronze with a total lift of 322 kilograms -- 145 in snatch and 177 in clean and jerk.

Govt to set up a food security management body