The duo exchanged rings in the presence of family and friends on Eidul Azha.

Celebrities and long-time lovers Aima Baig and Shahbaz Shigri got engaged on Eidul Azha with their pictures leaving netizens enamored. Unlike the intimate ceremonies hosted by celebrities during the course of this pandemic, Baig and Shigri’s was a grand affair surrounded by family and friends.

While it is irresponsible to be hosting an event of such a scale even now, especially with the fourth wave having emerged and corona Delta cases rising as we speak, expecting certain public figures to rise to the occasion feels like a lost cause.

Nevertheless, Baig donned a maroon sari paired with a green blouse, both of which were embellished with golden embroidery. She completed her look with emerald gold jewellery and let her hair down while keeping her makeup minimal; she topped this off with a wide smile for the cameras. Shigri, on the other hand, styled a two-piece navy blue suit for the occasion with a maroon tie and looked dapper, might we add.

Photographer Maha Wajahat Khan shared photos and videos from the ceremony on her Instagram, along with the picturesque moment of the couple exchanging rings as their family and friends cheered them on. The duo also showed off their rings in videos shared by Izzah Shaheen Malik on her Instagram handle. 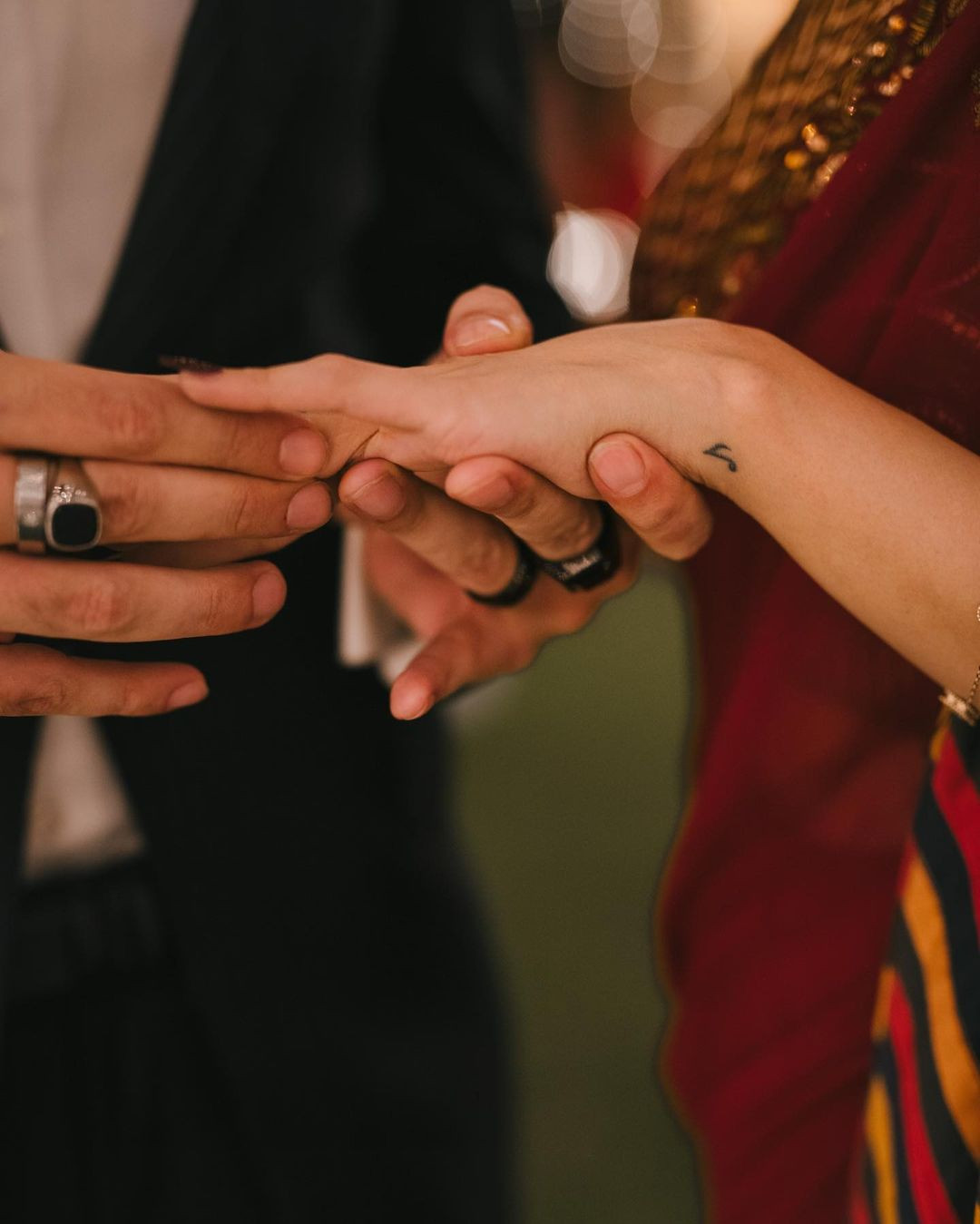 The ceremony saw actors Hania Aamir and Ali Rehman Khan, along with singer Uzair Jaswal. Both Rehman and Jaswal co-starred with Shigri in 2010's indie film Slackistan. Many of Baig's friends including models Abeer Rizvi, Areeba Habib and actor Hira Mani also congratulated her and Shigri on the occasion on social media.

The singer and actor announced their relationship on Nida Yasir's show in 2020. They revealed they are engaged on March 20. The duo often post lovey-dovey photos with each other on social media. Baig recently to took to Instagram to share an adorable picture of herself with Shigri on Eid.