Irtiqa Bazaz, in (IIOJK), was about 10 when she started learning the art of calligraphy

Irtiqa Bazaz, in Indian Illegally Occupied Jammu and Kashmir (IIOJK), was about 10 when she started learning the art of calligraphy on her own.

Years later, the 21-year-old has chosen the art form as a profession. She is pursuing a degree in applied arts from a local university in the Kashmir region and wants to master calligraphy and paintings.

"When I was very young, I used to imitate the Quranic verses on my school notebook but as time passed I developed an interest in this art and started working on it," she said.

Calligraphy, according to the Archaeological Survey of India, was introduced to the Kashmir region by the Sufi Saint scholar-Sharaf-ud-din Bulbul in the 14th century.

The art form in Kashmir flourished, according to historians, during the reign of the Mughals. During that period, Kashmir produced several calligraphers with many attaining high positions in the Mughal court.

Among the work of Kashmiri calligraphers is Muhammad Husayn, known as “Zarin Kalam,” or Golden Pen, and Muhammad Murad who was called “Shirin Kalam,' or Sweet Pen. Their pieces can be found in major museums around the world.

A connection to God 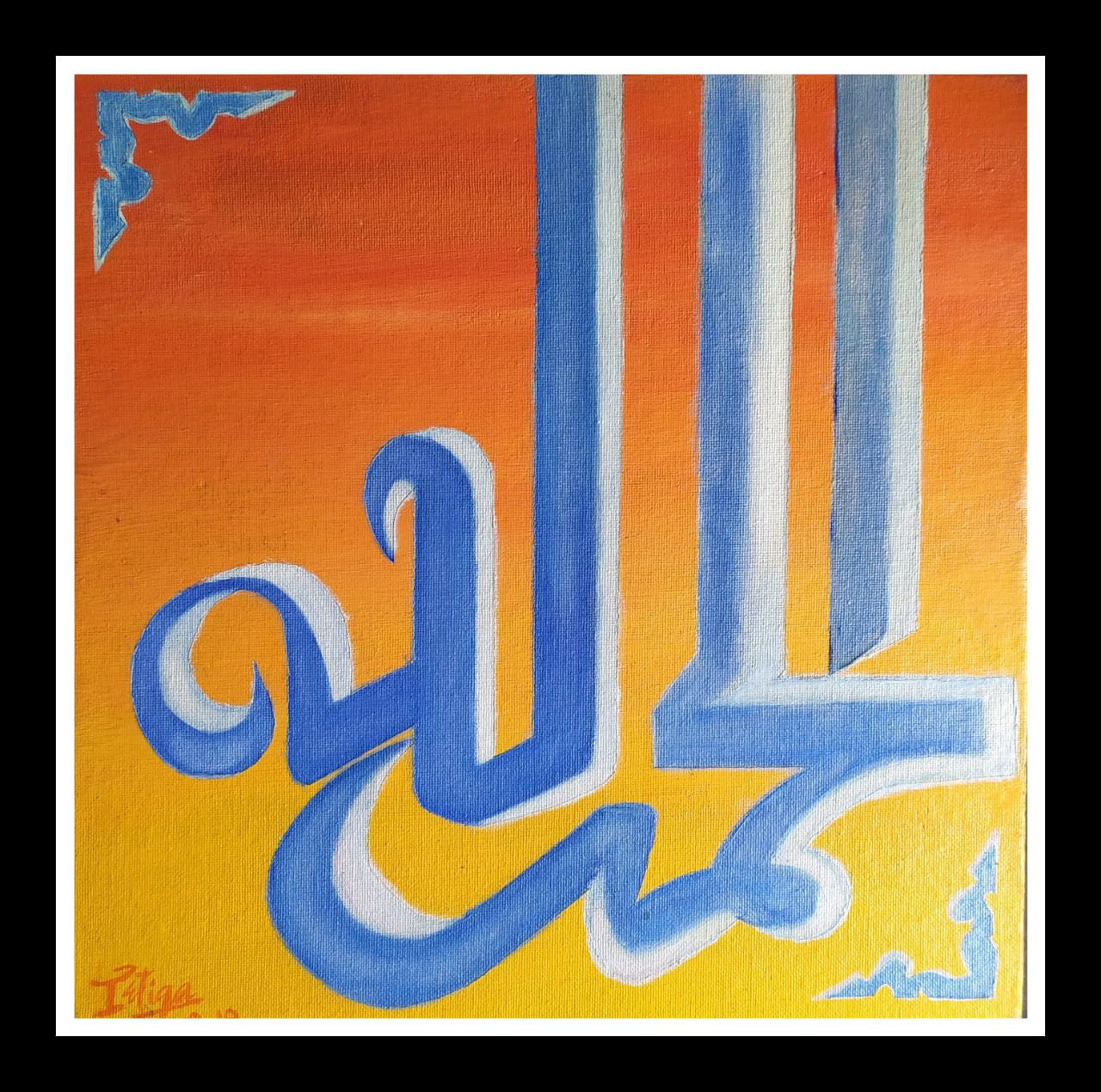 Bazaz feels her connection to calligraphy is a way of God. “Whenever I write a Quranic Verse on Canvas or paper, it feels so peaceful,” she said from her home in Srinagar.

The city is the capital of the Muslim-dominated Kashmir region and has remained a dominant place for calligraphy in the territory, particularly Islamic calligraphy, which was represented on shrines, mosques, tombstones, cenotaphs, and other mediums.

“From Quran manuscripts to albums calligraphy has been a conveyor of our cultural, religious and artistic values,” said Hakim Sameer Hamdani, design head at the Indian National Trust for Art and Cultural Heritage (INTACH) -- a non-profit set up in 1984 to protect and conserve the vast natural, built and cultural heritage of different Indian states.

‘A hope of revival’ 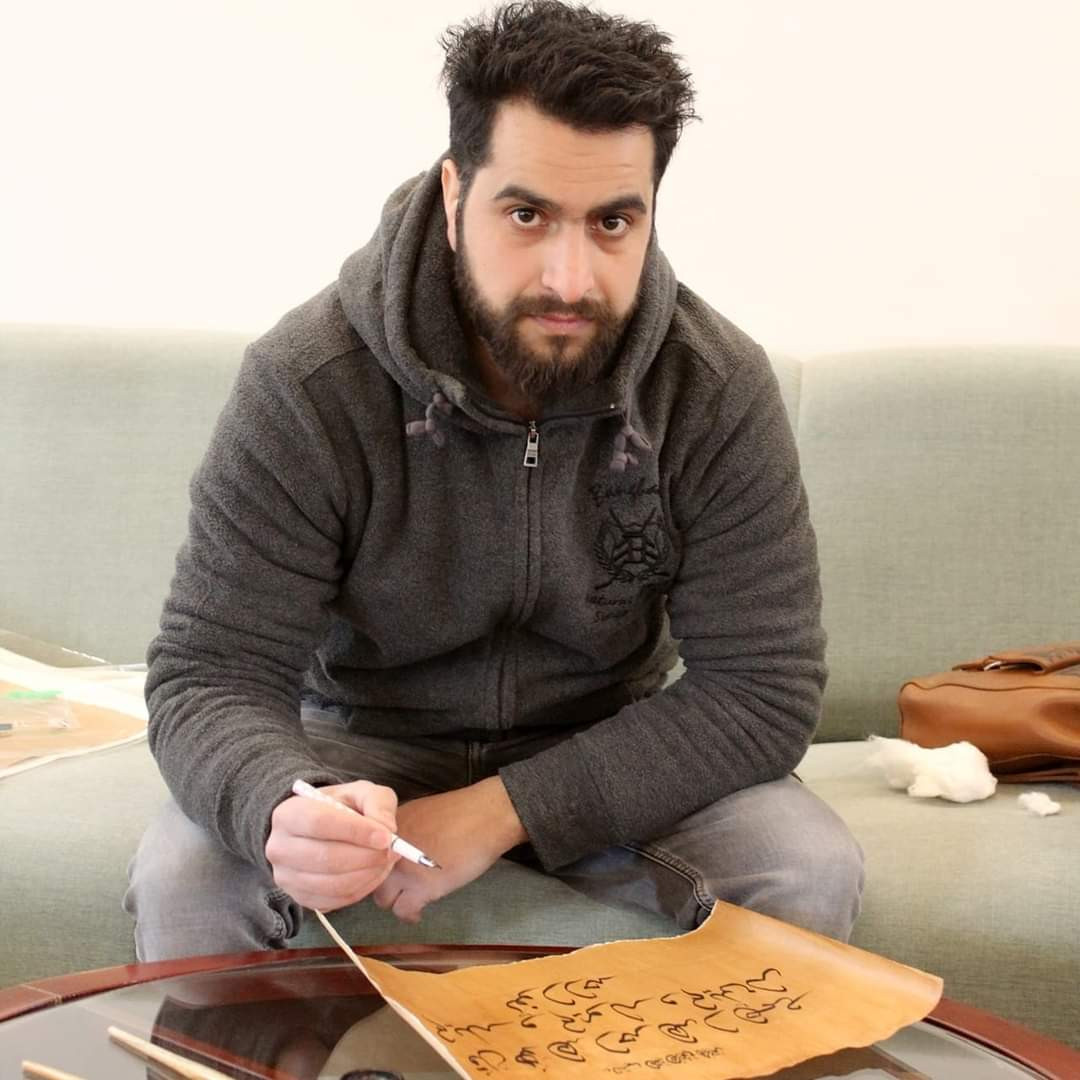 Zuhaib Wahid is a young calligrapher from Kashmir who also finds peace when he strokes his pen and brush on canvases of paper, writing Quranic verses in calligraphy.

The business administration postgraduate and self-taught artist was attracted to calligraphy when the coronavirus pandemic made its way to the region.

“At school, I had a good flair for calligraphy writing but in the later years of my life, I missed this art completely but as the pandemic made its way, I found my passion lit again,” said Wahid.

He uses different tools like a pencil, charcoal, and watercolors to make his calligraphy more attractive and at the same time he said people should respect, learn and recite holy writings in calligraphy.

According to experts of the past, most of the masters used Nastaliq art of calligraphy in Kashmir which was predominantly a Persian style that was developed in the 14th century in Iran and remains one of the most expressive forms in Persian culture to this day. 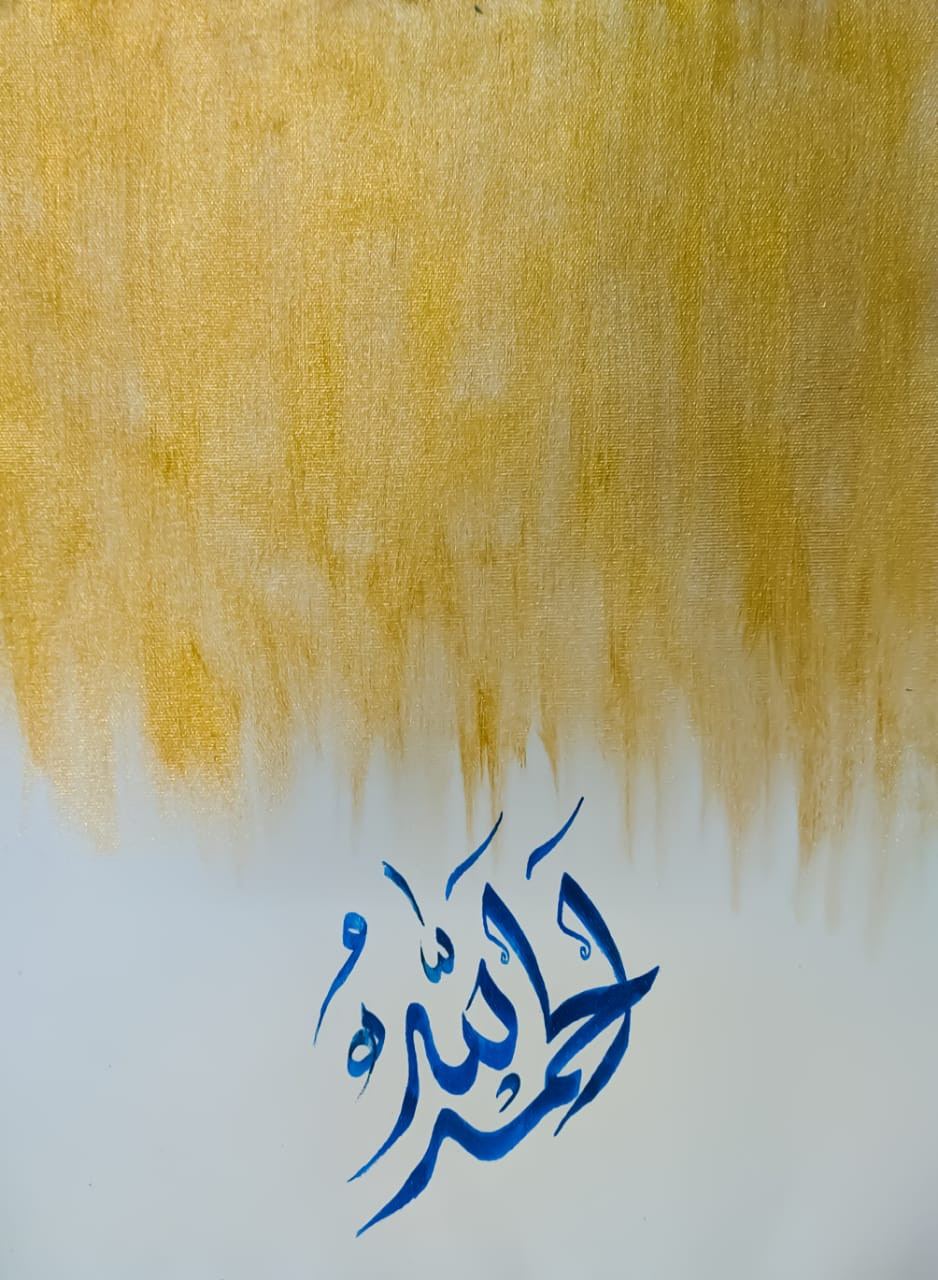 “Most calligraphic arts was in Nastaliq while we have also examples of the use of thuluth [cursive script used in medieval times on mosque decorations], naskh [one of the first scripts of Islamic calligraphy] and khat-e-Nakhun [calligraphy art by the nail of the thumb],” Hamdani, the design director at INTACH told Anadolu Agency.

Unlike other Indian regions and states, calligraphy in Kashmir is still visible, says Hamdani, who believes many aspiring young artists in the region have shown a keen interest in reinventing calligraphy from very recent times.

Bazaz and Wahid receive online orders for their work while they have exhibited art at different venues.

“It feels very nice when someone appreciates your work. This encourages doing much better,” said Wahid.

But at the same time, Wahid feels there is missing guidance and training for aspiring artists and students in the region.

Hamdani says that ideally, calligraphy should be taught in schools and colleges for those who are interested and cultural organisations should promote the artform to let it survive and initiatives should be taken by the government.

“This art can survive if initiatives are taken but I think it is virtually impossible to attain the height or spread that it had in the past,” said Hamdani