Death toll rises to 170 in Germany and Belgium floods

An areal view after flooding at Erftstadt-Blessem, Germany, July 16, 2021. REUTERS/Rhein-Erft-Kreis NO RESALES. NO ARCHIVES

The death toll in devastating flooding in western Germany and Belgium rose to at least 170 on Saturday after burst rivers and flash floods this week collapsed houses and ripped up roads and power lines.

Some 143 people died in the flooding in Germany's worst natural disaster in more than half a century. That included about 98 in the Ahrweiler district south of Cologne, according to police.

Hundreds of people were still missing or unreachable as several areas were inaccessible due to high water levels while communication in some places was still down.

Residents and business owners struggled to pick up the pieces in battered towns.

"Everything is completely destroyed. You don't recognise the scenery," said Michael Lang, owner of a wine shop in the town of Bad Neuenahr-Ahrweiler in Ahrweiler, fighting back tears. 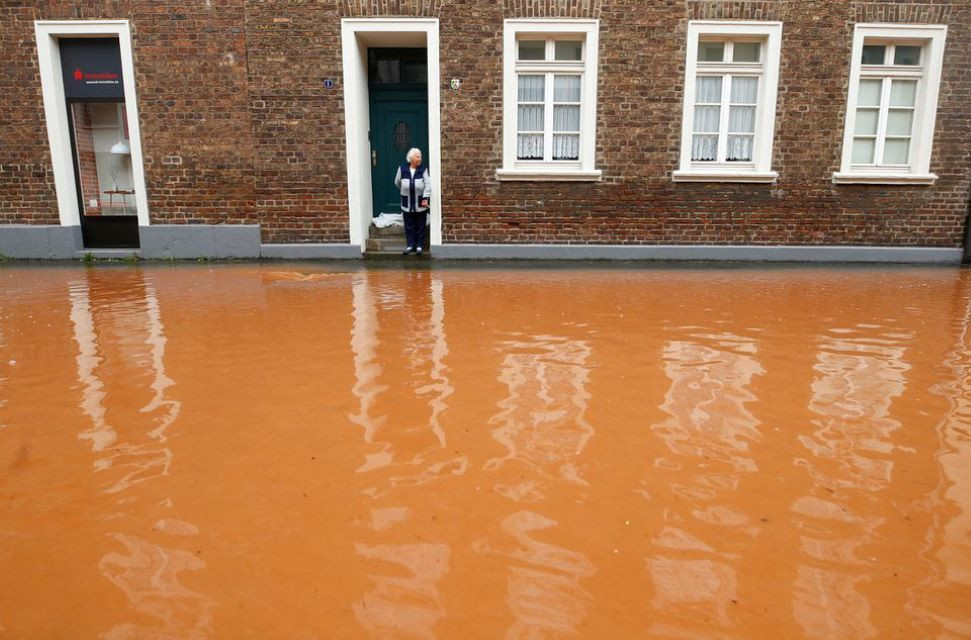 German President Frank-Walter Steinmeier visited Erftstadt in the state of North Rhine-Westphalia, where the disaster killed at least 45 people.

"We mourn with those that have lost friends, acquaintances, family members," he said. "Their fate is ripping our hearts apart."

Around 700 residents were evacuated late on Friday after a dam broke in the town of Wassenberg near Cologne, authorities said.

But Wassenberg mayor Marcel Maurer said water levels had been stabilising since the night. "It's too early to give the all-clear but we are cautiously optimistic," he said.

The Steinbachtal dam in western Germany, however, remained at risk of breaching, authorities said after some 4,500 people were evacuated from homes downstream.

Steinmeier said it would take weeks before the full damage, expected to require several billions of euros in reconstruction funds, could be assessed.

Armin Laschet, state premier of North Rhine-Westphalia and the ruling CDU party's candidate in September's general election, said he would speak to Finance Minister Olaf Scholz in the coming days about financial support.

Chancellor Angela Merkel was expected to travel on Sunday to Rhineland Palatinate, the state that is home to the devastated village of Schuld.

In Belgium, the death toll rose to 27, according to the national crisis centre, which is coordinating the relief operation there.

It added that 103 people were "missing or unreachable". Some were likely unreachable because they could not recharge mobile phones or were in hospital without identity papers, the centre said. 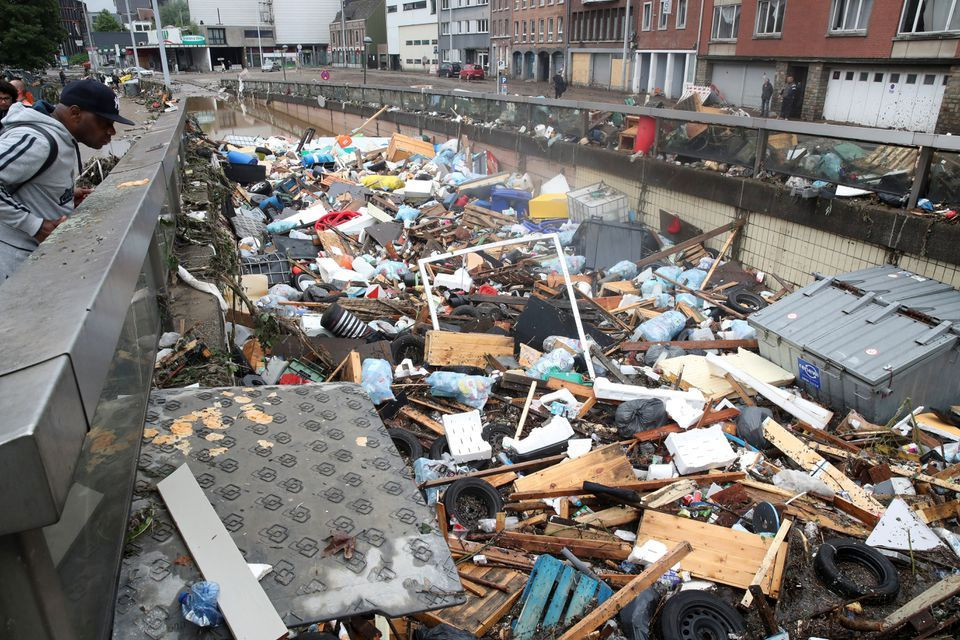 Over the past several days the floods, which have mostly hit the German states of Rhineland Palatinate and North Rhine-Westphalia and eastern Belgium, have cut off entire communities from power and communications.

RWE (RWEG.DE), Germany's largest power producer, said on Saturday its opencast mine in Inden and the Weisweiler coal-fired power plant were massively affected, adding that the plant was running at lower capacity after the situation stabilised.

The utility expects damages to be in the mid double-digit million euro range.

In the southern Belgian provinces of Luxembourg and Namur, authorities rushed to supply drinking water to households without a clean supply.

Water levels slowly fell in the worst hit parts of Belgium, though the crisis centre said the situation could worsen in the afternoon along the Demer river closer to Brussels, with about 10 houses under threat of destruction.

Belgian rail network operator Infrabel published plans of repairs to lines, some of which would be back in service only at the very end of August.

High alert in the Netherlands

Emergency services in the Netherlands also remained on high alert as overflowing rivers threatened towns and villages throughout the southern province of Limburg.

Tens of thousands of residents in the region have been evacuated in the past two days, while soldiers, fire brigades and volunteers worked frantically throughout Friday night to enforce dykes and prevent flooding. read more

The Dutch have so far escaped disaster on the scale of its neighbours, and as of Saturday morning no casualties had been reported.

Scientists have long said that climate change will lead to heavier downpours. But determining its role in these relentless downpours will take at least several weeks to research, scientists said on Friday.

At least 44 dead in floods in western Europe, dozens missing

Three control rooms set up to cope with floods

Biden to host Germany's Merkel at White House next Thursday