Humayun Khan was sitting next to his pets in a state of grief when they were put down, according to sources

The two German Shepherds that mauled a lawyer in an upscale Karachi neighbourhood last month have been poisoned to death as per the agreement reached between the canines’ owner and the victim.

Sources told The Express Tribune that the dogs’ owner Humayun Khan was sitting next to his pets in a state of grief when they were injected with poisonous injection.

Khan’s dogs had attacked the lawyer when he was out on a morning walk in the quaint neighbourhood of Khyaban-e-Rahat, DHA Phase VI. 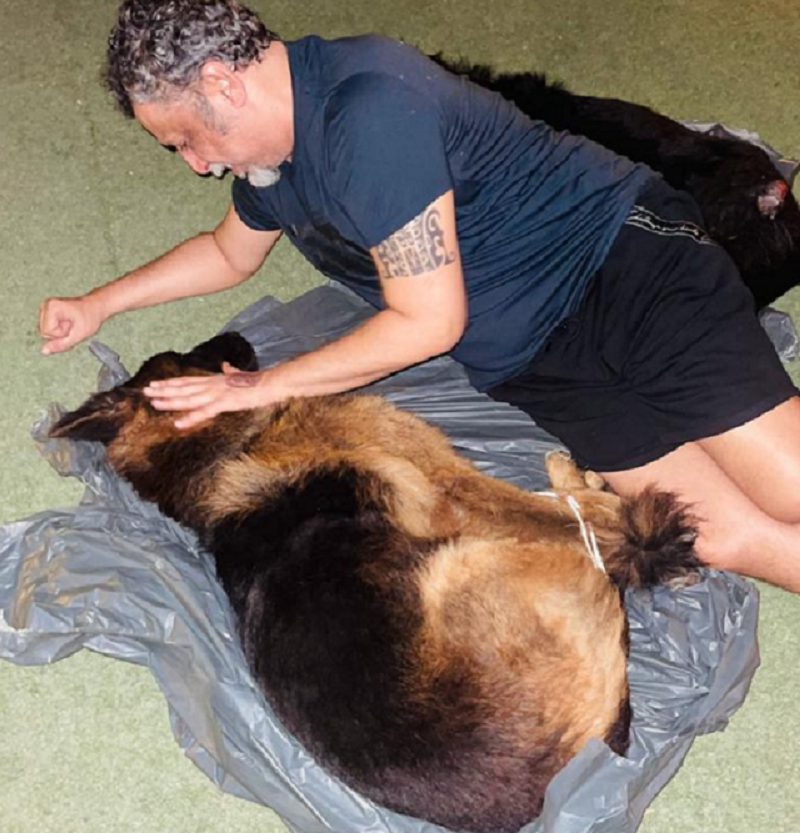 The CCTV footage of the incident that went viral on social media showed the two canines pouncing on Mirza Akhtar and pinning him to the ground as he helplessly tried to defend himself.

It was only after the owner’s son intervened, the dogs spared the lawyer – badly mauled and bleeding.

Mirza Akhtar "agreed for the sake of Allah [to] forgive Humayun Khan", states the agreement – dated July 6 – between the two parties.

"The two dogs involved in the incident will be euthanised/put down by a veterinarian immediately. Any other such dogs that Humayun Khan has, he shall give them away,” states one of the conditions for the compromise.

The agreement between the two parties further states that Humayun will tender an “unconditional apology” to Mirza Akhtar for the "hurt and injury caused to him".

Another condition of the compromise states that the dog owner will register any other canines with the Clifton Cantonment Board (CBC) and not let out any other pet dog onto the street unless they are with a “properly trained handler”, leashed and muzzled.

The final clause of the comprise agreement states that Humayun will donate Rs1 million to ACF Animal Rescue – a local animal shelter.

A local court had earlier reserved its verdict over the bail plea of the dog owner. The case was registered at the Darakhshan police station and Humayun had acquired bail before arrest, while his employees were in police custody. 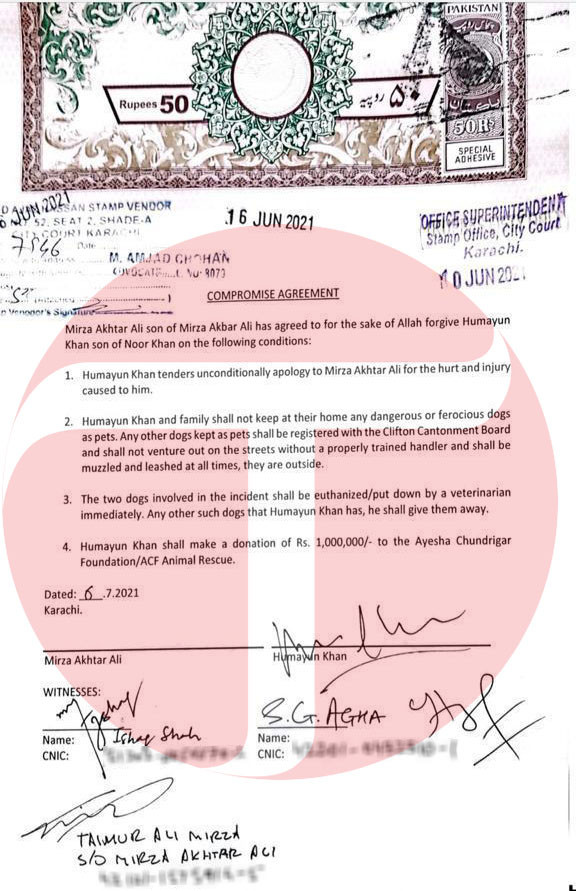 Truly disgraceful and criminal that it was allowed. In an nation who s creed says be kind to animals last and final resorts are used as the easiest way out. Where as murderers and rapists run amok and free. Well done Pakistan. And Well done Muslims. On the day of judgment you too will be judged. And at least 2 souls amongst many many more will question the whole of Pakistan for this. And you will not have an answer.

Street crimes still in the rise in Karachi