Beating England at Wembley would be a dream: Verratti

“During the meeting, matters of mutual interest, regional security situation, bilateral cooperation in various fields and update on the China-Pakistan Economic Corridor (CPEC) were discussed,” the Inter-Services Public Relations (ISPR) said in a statement on Friday.

The army chief thanked the envoy for “unwavering Chinese support” extended to Pakistan during testing times of pandemic.

Ambassador Nong appreciated and acknowledged Pakistan's positive role in the region and pledged to play his role for further improvement in diplomatic cooperation between both countries.

Also read: CPEC JCC to be held this month: envoy 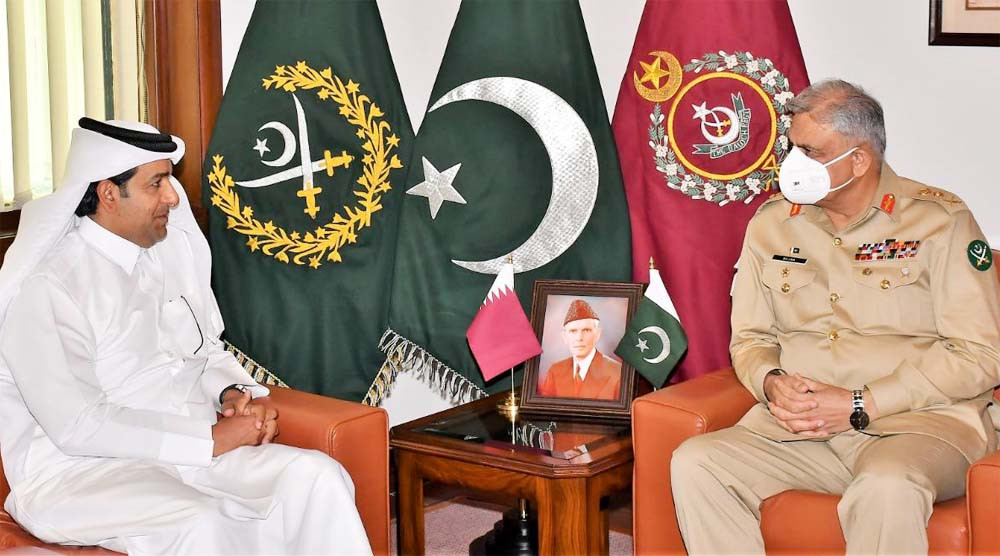 During the meeting, the ISPR said matters of mutual interest, regional security situation including recent updates on Afghan situation, facilitation of reconciliation process in Afghanistan and cooperation in various fields were discussed in detail.

The COAS appreciated the contributions and highly constructive role played by Qatar in facilitating and hosting the Afghan reconciliation process and hoped for continuous cooperation for ensuring regional peace and stability in the region.

The visiting dignitary also appreciated Pakistan's consistent efforts for peace and stability in the region and pledged to keep working for strengthening relations between the two countries, the ISPR added.

CPEC JCC to be held this month: envoy

Singapore investors urged to set up industries in CPEC SEZs