Number of global nuclear warheads down but military stockpiles swelling

On Architecture Day, Anadolu Agency takes a peek into past architectural marvels of IIOJK to understand its culture

The capital city of Indian Illegally Occupied Jammu and Kashmir (IIOJK) is home to historical architectural marvels that have endured the ravages of time.

Though the modern architecture has taken more space, the city interiors still hold some historical architectural treasures that had relevance with the climate, geography and the people of the region.

On Architecture Day falling on July 1, Anadolu Agency takes a peek into the past architectural marvels of the region to understand its culture and history. 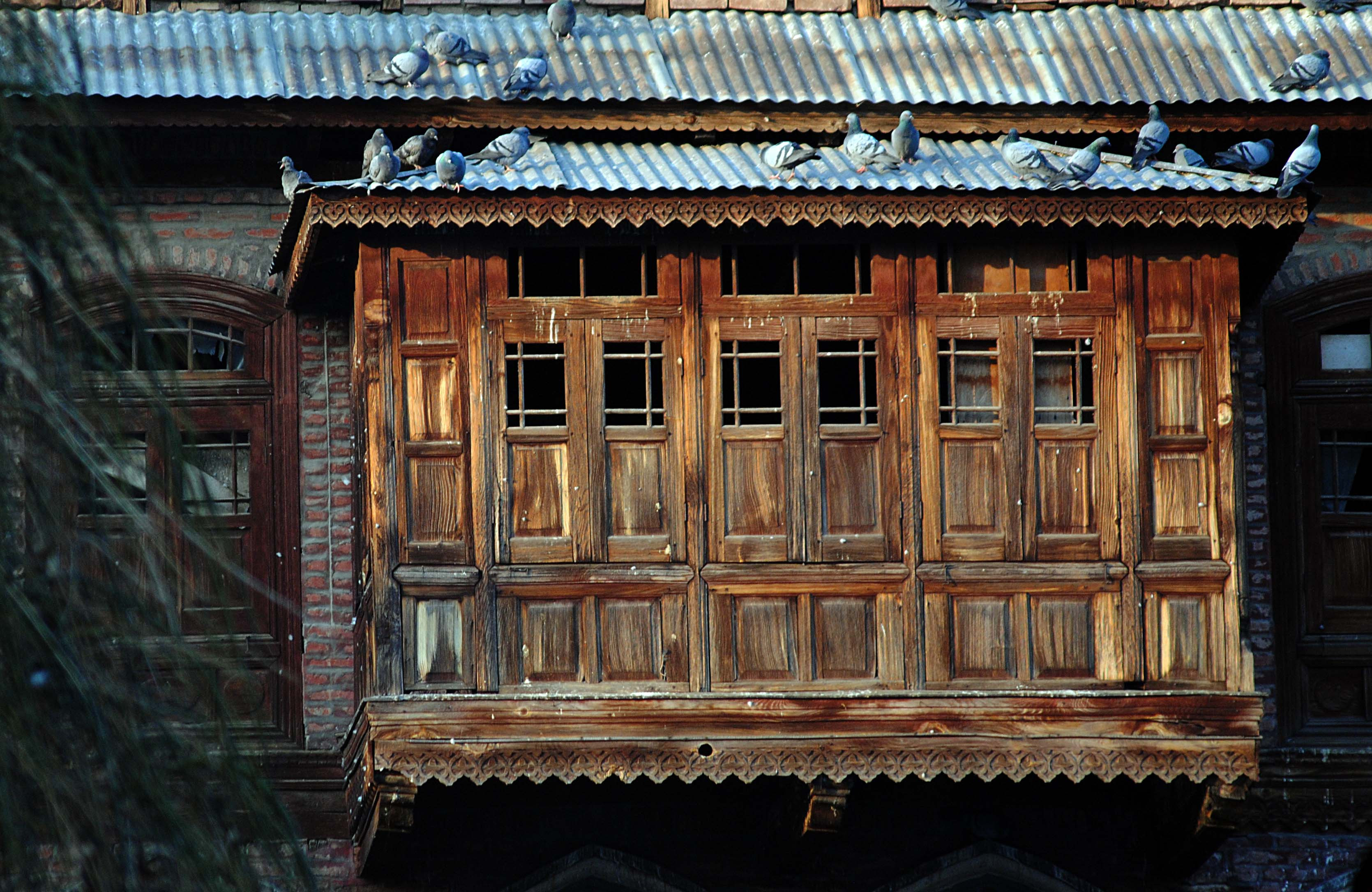 Tucked into the hushed neighbourhood of Srinagar, stands a towering heritage architectural structure - Jalali House - that dates back to 1863.

Constructed by Agah Syed Safdar Jalali, it is a fine architectural treasure of arch-Taq-structural engineering in the Kashmir region. In arch-Taq-structure construction, two to three feet thick brick masonry piers supporting wooden floor piers formed the basic structural foundation of the building. The distance between two brick piers used to be around 3-4 feet and was known as "Taq". The "Taq" thus formed the basic structural bay of the building. The gap in between each "Taq" would be filled in with either a window opening or brick masonry.

The structure exemplifies the vernacular architecture of the region which had its charm rooted in the traditional brick and latticework, courtyards, balconies (dabs) and colourful windows.

Dr Abdul Ahad, a historian of the region, mentions that the Kashmir region, particularly the Srinagar city, had lived through a brilliant architectural era.

“Jalali House is not just an architectural marvel but has a history and culture associated with it,” Ahad says.

A realm of life

Besides being a popular destination for film shooting, the rectangular 3-story building was also one of the places in the past which were very vibrant politically.

In 1936, the marvel structure also hosted Quaid-i-Azam Mohammad Ali Jinnah besides many other dignitaries.

Experts say this place played an important part in the socio-cultural life of the region as the Jalalis remained associated with the freedom struggle against the Dogra rule.

The house situated on the banks of Anchar lake in the Zadibal area of Srinagar also served as the "Dewan Khana", or a meeting place, for men.

The building mainly consists of huge halls on all three floors with a smaller side room located on the other side of the staircase lobby.

In addition, it has a side room (Koother) and a long narrow gallery (Shah-nasheen), with exposed wooden joists on all the floor levels, emphasizing the horizontal nature of the building.

The Khatamband ceiling (geometric form of wooden art) is used internally in most of the rooms which stands out as the most distinct decorative feature of the building. 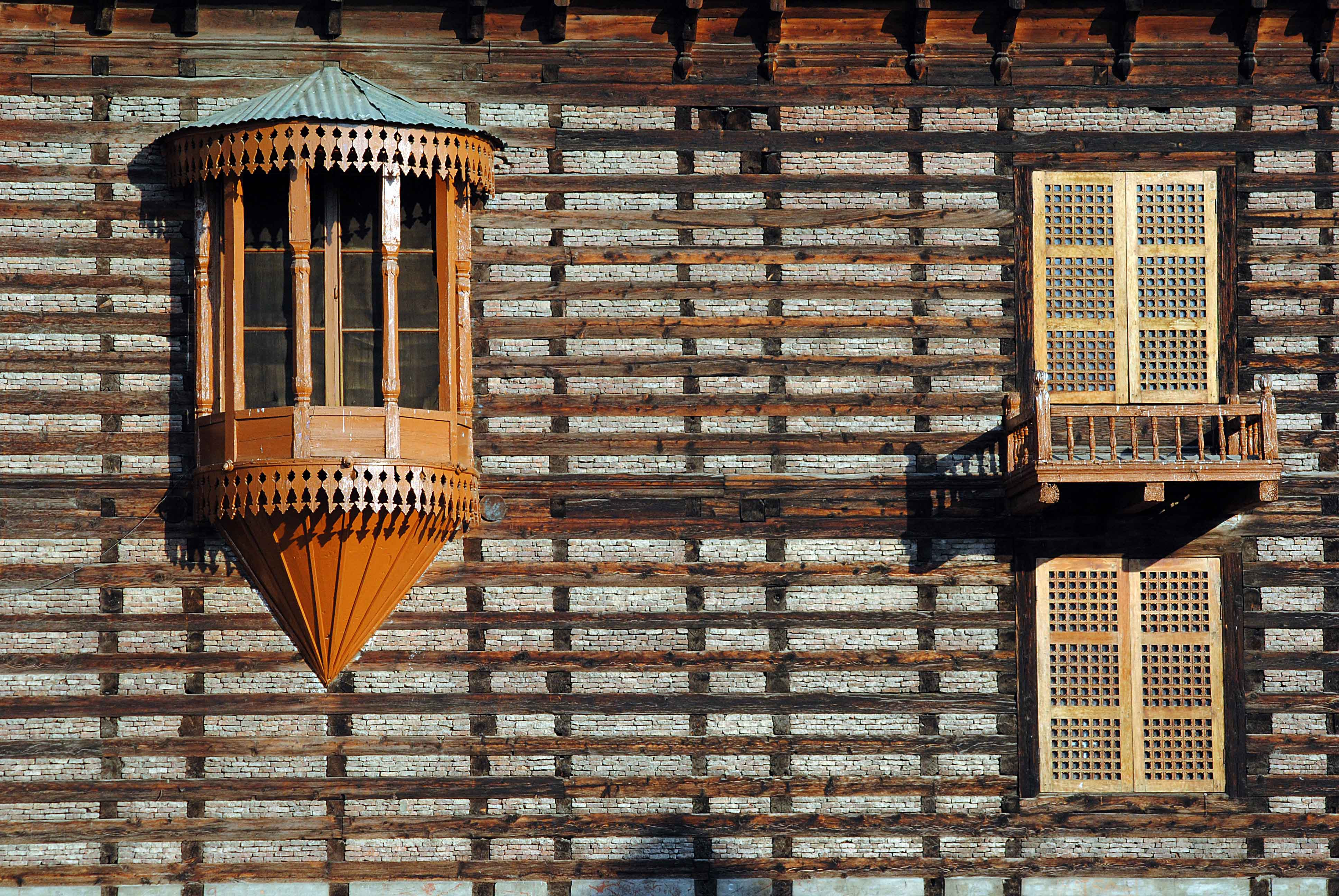 The era of architecture

Beginning from the Buddhist architecture in the form of monasteries and stupas in the 3rd Century AD, the Kashmir region witnessed different eras of architecture – the most popular being the vernacular and colonial architecture introduced by the British.

"In vernacular architecture, the structures were environment friendly and useful at the same time for the people living in such houses," Ahad says.

He says the structures were completely made with wood and mud bricks and the rooftops were designed such that lilies and tulips would grow on them.

"Pleasant and soothing to the eye, these structures were resistant to earthquakes, and water seepage. These buildings were cool in summers and warm in winters,” Ahad mentions. 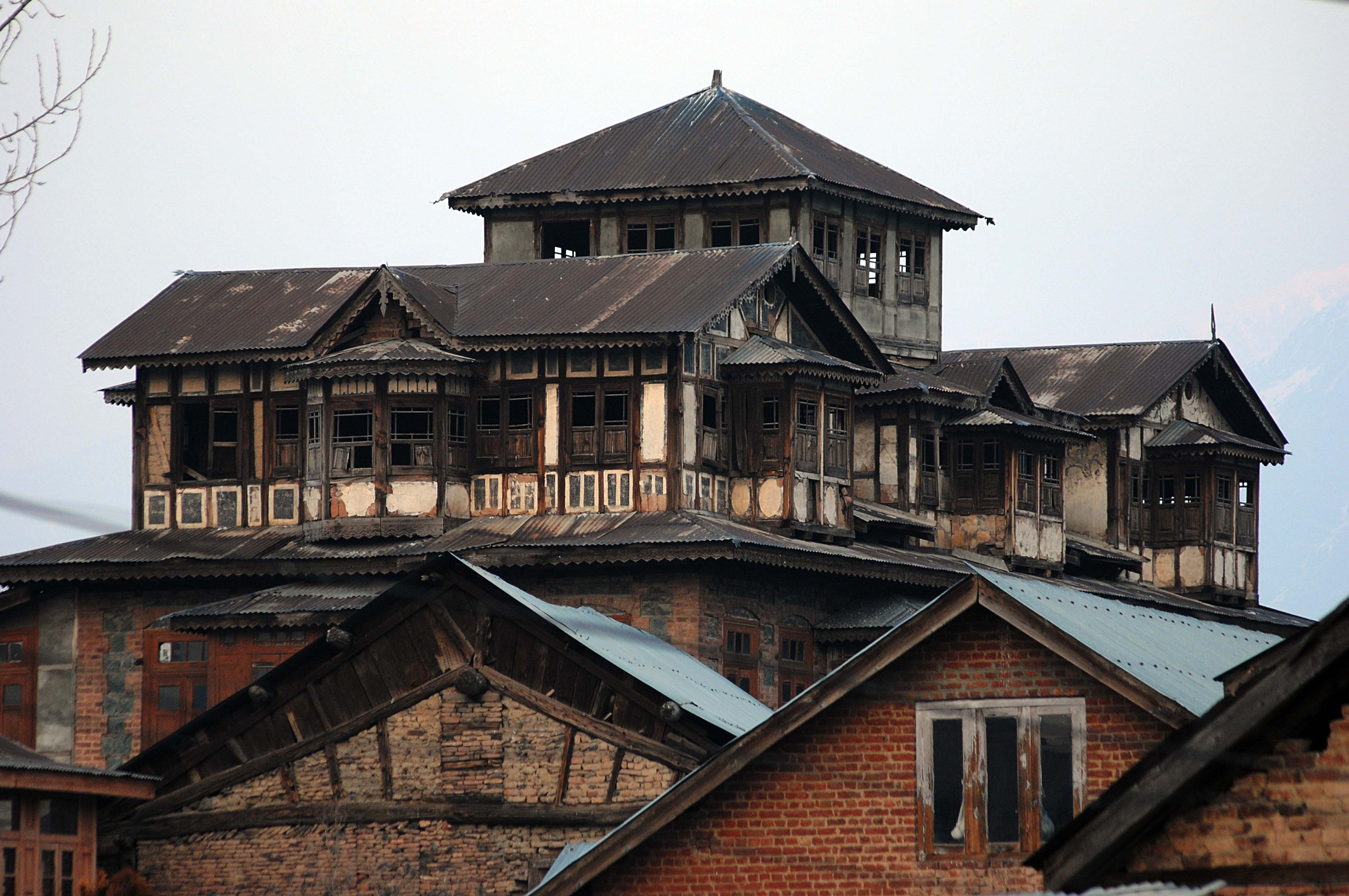 In 2009, an American architect and building conservationist, Randolph Langenbanch, while researching about the 2005 earthquake in India and Pakistan, came to the conclusion that there is a need to preserve the vernacular architecture of Kashmir as being earthquake-resistant.

In his book Don't Tear It Down, he says the heritage buildings of Kashmir can become an armature on which to rebuild people's pride of place after years of civil unrest.

The book documented an often ignored architectural heritage and construction tradition that has demonstrated a level of earthquake resistance which led experts to introduce these attributes into the Pakistani and Indian building codes in order to improve earthquake resistance in modern structures.

“Our ancestors built what was favourable within the local environment and geography, but unfortunately these marvels are lost now," Ahad says.

He says these past building codes could have been considered in modern constructions. “We have lost an era of golden architecture.”