At least 134 people have died suddenly since Friday in Vancouver, according to official figures

A child cools off at a community water park on a scorching hot day in Richmond, British Columbia. PHOTO: AFP
VANCOUVER:

Scores of deaths in Canada's Vancouver area are likely linked to a gruelling heat wave, authorities said Tuesday, as the country recorded its highest ever temperature amid scorching conditions that extended to the US Pacific Northwest.

At least 134 people have died suddenly since Friday in the Vancouver area, according to figures released by the city police department and the Royal Canadian Mounted police.

The Vancouver Police Department alone said it had responded to more than 65 sudden deaths since Friday, with the vast majority "related to the heat." 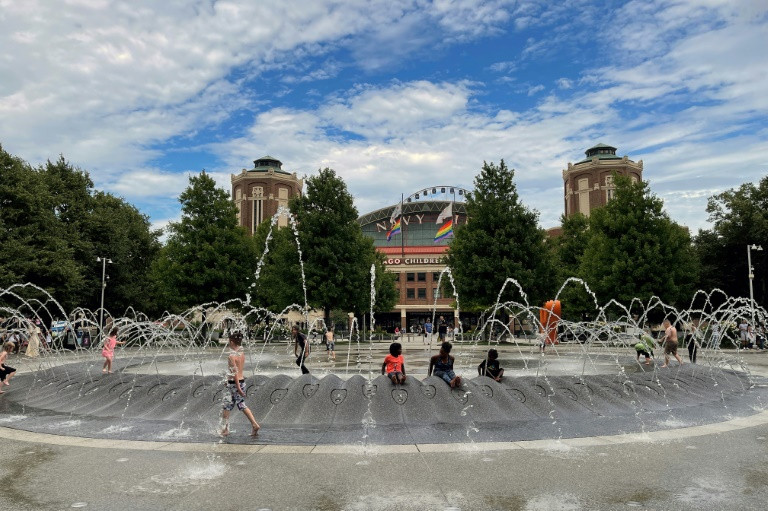 Read more: Heatwaves and the future

"Vancouver has never experienced heat like this, and sadly dozens of people are dying because of it," police sergeant Steve Addison said.

Other local municipalities have said they too have responded to many sudden death calls, but have yet to release tolls. 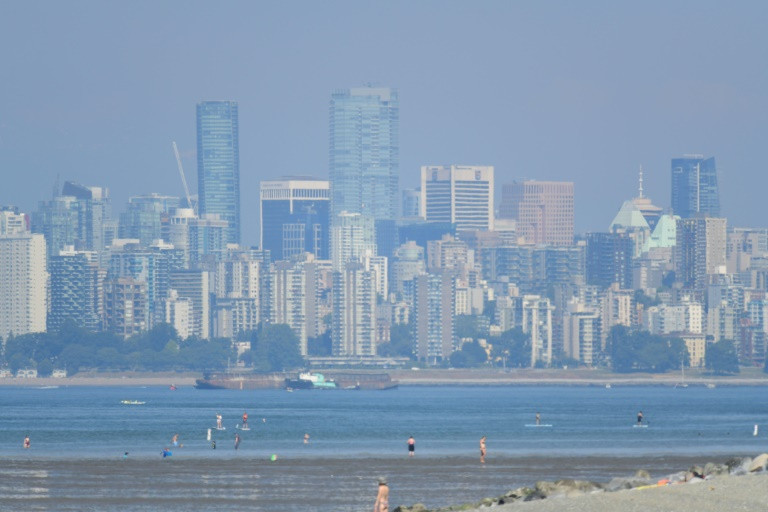 Some Vancouver locals said they had never experienced such temperatures before.

"It's never this bad. I've never seen anything like this," said a Vancouver resident who only gave her name as Rosa.

"I hope it never becomes like this ever again. This is too much."

Others lamented that some residents were more vulnerable to the heat than others. 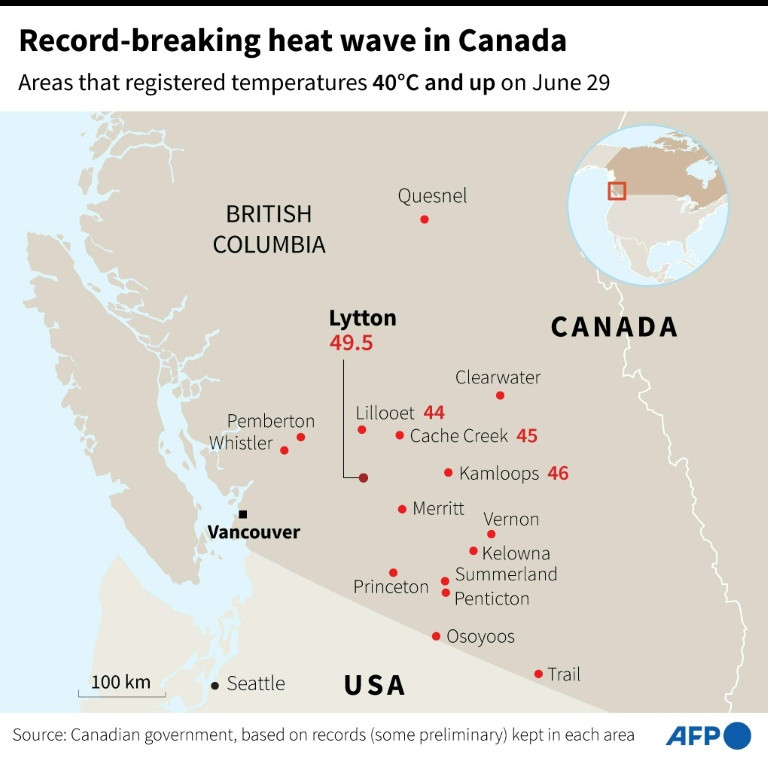 "I feel for those people whether they're the elderly demographic or people who live on the downtown eastside of Vancouver who don't have a cool spot to live or sleep," said river swimmer Graham Griedger.

Climate change is causing record-setting temperatures to become more frequent. Globally, the decade to 2019 was the hottest recorded, and the five hottest years have all occurred within the last five years.

The scorching heat stretching from the US state of Oregon to Canada's Arctic territories has been blamed on a high-pressure ridge trapping warm air in the region.

Temperatures in the US Pacific Northwest cities of Portland and Seattle reached levels not seen since record-keeping began in the 1940s: 115 degrees Fahrenheit in Portland and 108 in Seattle Monday, according to the National Weather Service.

Vancouver on the Pacific coast has for several days recorded temperatures above 86 degrees Fahrenheit (or almost 20 degrees above seasonal norms).

The chief coroner for the province of British Columbia, which includes Vancouver, said that it had "experienced a significant increase in deaths reported where it is suspected that extreme heat has been contributory." 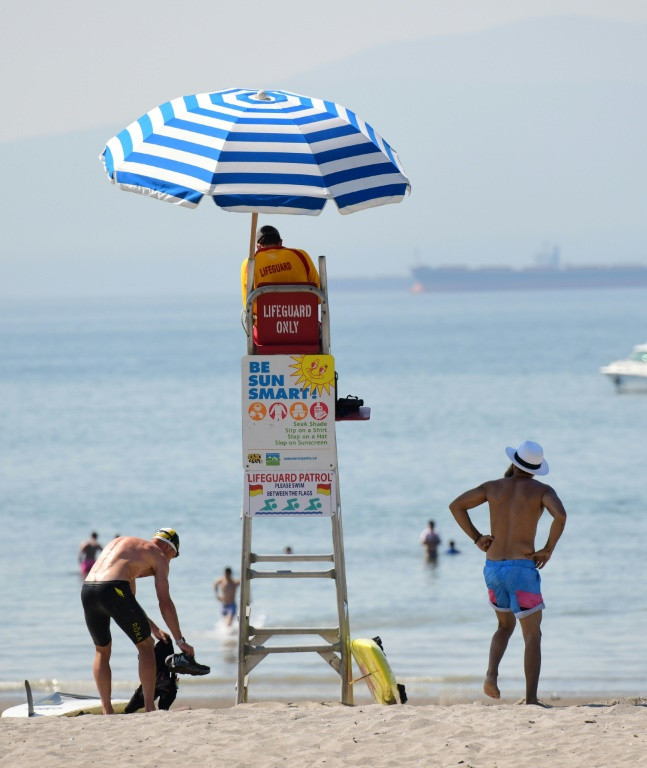 The service said in a statement it recorded 233 deaths between Friday and Monday, compared to 130 on average.

He urged "checking up on those people we know might be at risk, making sure we have cold compresses in the fridge or we're staying in the coolest part of our homes, and making sure that we're taking steps to get through this heatwave."

Environment Canada has issued alerts for British Columbia, Alberta, and parts of Saskatchewan, Manitoba, Yukon and the Northwest Territories, saying the "prolonged, dangerous and historic heatwave will persist through this week."

The heatwave has forced schools and Covid-19 vaccination centres to close in the Vancouver area, while officials set up temporary water fountains and misting stations on street corners.

Stores quickly sold out of portable air conditioners and fans, so several people without cooling at home told AFP they hunkered down in their air conditioned cars or underground parking garages at night.

Cities across the western United States and Canada opened emergency cooling centres and outreach workers handed out bottles of water and hats.

The extreme heat, combined with intense drought, also created the perfect conditions for several fires to break out over the weekend, and one blaze on the California-Oregon border had already burned about 1,500 acres (600 hectares) by Monday morning.

"Dubai would be cooler than what we're seeing now," David Phillips, a senior climatologist for Environment Canada, told AFP on Monday.

Heatwaves and the future