Kashmiri woman inspires with 20 years of service to wildlife

For last 2 decades, Aliya Mir from IIOJK has been on a mission to rescue, rehabilitate wild animals

On the evening of June 2, Aliya Mir in Indian Illegally Occupied Jammu and Kashmir (IIOJK) received a call to rescue a snake from the bushes around a serene Gupkar area of the Muslim-dominated capital city Srinagar.

Mir and her team associated with SOSWildlife, a non-governmental association involved in rescuing and rehabilitating wild animals since 1995, rescued the reptile in no time and released it into its natural habitat.

Mir is the only Kashmiri woman wildlife rescuer who has been at the forefront of such operations since 2002, when she started as a volunteer in the organisation. 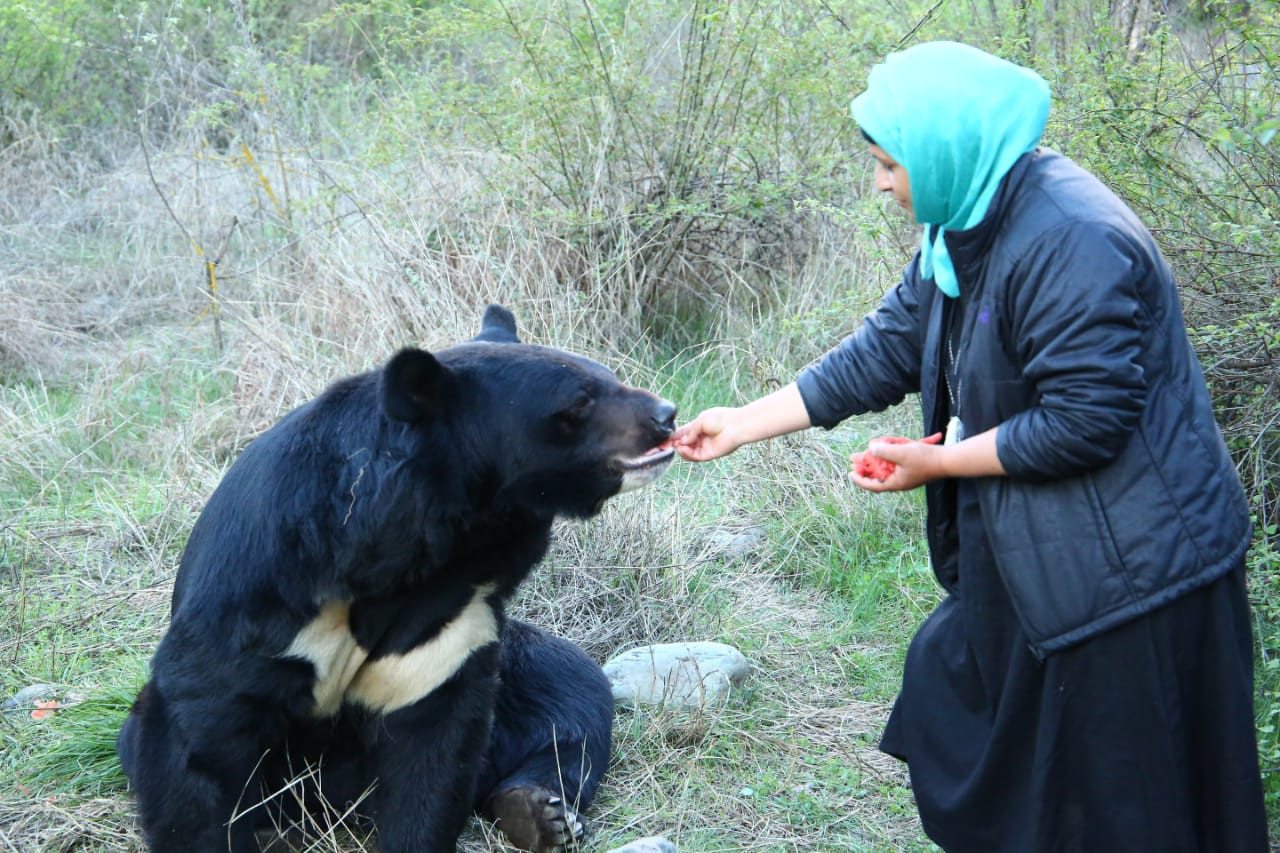 "I always had this keen curiosity since my childhood to know the animal world. They always fascinated me," Mir told Anadolu Agency at her home in Srinagar.

Mir's marriage several years back to a veterinarian who worked to ensure the welfare of different species of animals served as a turning point in her life, after which she followed her passion to save wildlife.

A mathematics graduate, she did not hesitate to join the organisation working for the rescue and rehabilitation of wild animals.

"For almost the first six years, I got training and field experience on how to behave with an animal. More particularly, if it is hurt and frightened," Mir said.

In her career spanning over almost two decades, Mir has rescued and rehabilitated numerous snakes, bears, birds, turtles and leopards. She is well-remembered for rescuing poisonous snakes from the residences of the former chief ministers of the occupied region -- Omar Abdullah and Mehbooba Mufti. 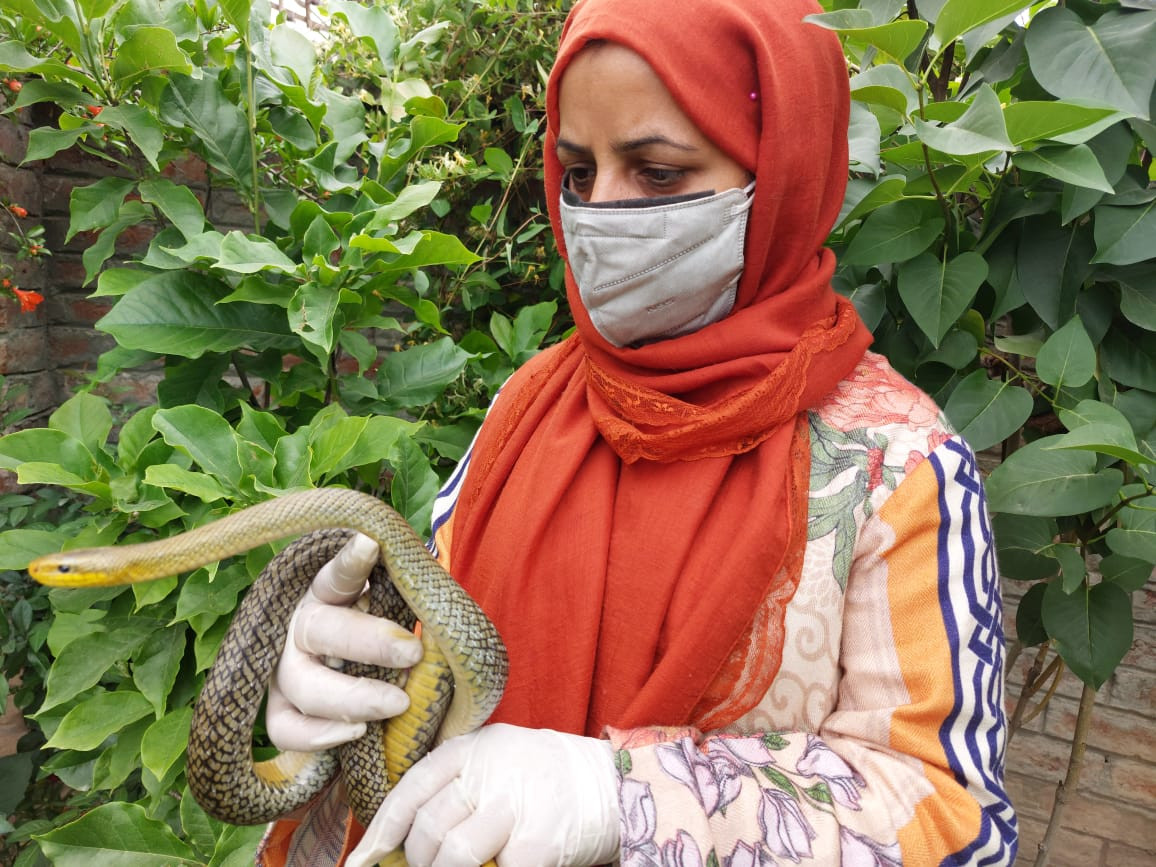 Not long ago, the 43-year-old rescuer used a fire service ladder to save an injured barn owl stuck on a heritage tree of Kashmir -- a Chinar, with leaves resembling that of a maple tree.

"When I went to rescue the bird, I saw it entangled in the branches of the tree. Though it was risky as the bird seemed to be frightened, I somehow managed to rescue it," Mir recounted.

She cautioned that at times, it was very risky to go for such rescue operations when the animal is injured.

"They can attack you to kill because the animal senses more danger around when it is injured," Mir said.

Human-wildlife conflict on the rise

Mir is not only a rescuer. She also manages two wildlife rehabilitation centres, besides also working to educate people about wildlife.

At the two rehabilitation centres in the region, she looks after six black bears and two brown bears and also runs awareness programs in schools, colleges and at local levels. Despite her efforts, however, human-wildlife conflict has been increasing in the region, she worries.

Official data indicates that over 200 people have been killed and over 3,000 injured from 2006 to 2020 in conflict with wild animals. In the past eight years, 124 black bears and 44 leopards have died due to human retaliation and natural causes.

In the case of leopards, the wild beasts have been attacking to kill, with the recent example of one mauling a 5-year-old girl in Occupied Kashmir’s Budgam district.

The child was taken away by the wild beast on June 3 and her remains found the next day in a nearby forest.

Mir said this was the most heartbreaking news she has ever received in her career.

"I wish this never happens to anyone," Mir said, adding that these animals were moving into areas of human habitation for a variety of reasons.

Listing a few of these, she said the changing demography plays a role, as does poaching, illegal logging and settlements around forest areas, large scale urbanisation, the presence of Indian armed forces and the changing pattern of crop growth.

She pointed out that over the years, leopard attacks have increased due to increased adaptation with the humans' style of living.

"The same case is seen in wild bears as well. They are omnivorous. They feed on garbage and other edible wastes," Mir said.

On wildlife conservation in IIOJK, Mir said: "We need to preserve the natural habitat of the wild animals to contain these conflicts."

"Animals are not bad, they're part of our co-existence. They need care and affection, as humans do," she explained.

Pakistan concerned at further changes by India in IIOJK