Prime Minister Imran Khan has directed for all official engagements to be held in Urdu, with an aim to give due respect to the national language and promote the same, according to a recent notification.

“The prime minister has been pleased to desire that henceforth all the programmes events/ceremonies, arranged for the prime minister, shall be conducted in the national (Urdu) language," a communique issued by the Prime Minister's Office.

It added that: “Further necessary action to implement the above directions of the prime minister shall be taken by all concerned accordingly.”

Furthermore, the PM was quoted as saying that he was "committed to promoting and giving due respect to the national language." 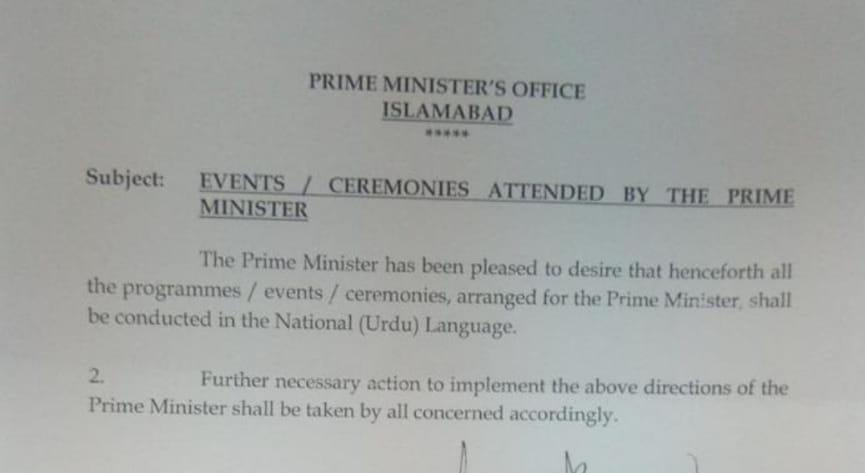 In September 2015, the Supreme Court of Pakistan ordered adopting Urdu as the official language at all government departments.

A three-member bench of the apex court headed by then Chief Justice Jawwad S Khawaja announced its judgment over the petitions seeking to adopt Urdu as the official language.

Calling for an immediate implementation of the Article 251, the top court had issued nine guidelines for making Urdu the official language.

According to Article 251, the national language of Pakistan is Urdu and arrangements shall be made for it being used for official and other purposes within fifteen years from the commencing day.

“Subject to clause (1), English language may be used for official purposes until arrangements are made for its replacement by Urdu,” the article states.

US and China: co-existence predicament