Magawa, originally from Tanzania, helped clear mines from 225,000 square metres of land in his five-year career

Magawa is set for a well-deserved retirement of bananas and peanuts. PHOTO: AFP

A giant African pouched rat called Magawa who spent years sniffing out landmines in the Cambodian countryside has stopped working and will enjoy a well-earned retirement eating bananas and peanuts, his employers told AFP.

Magawa, originally from Tanzania, was trained by the Belgian charity APOPO which says the rodent helped clear mines from 225,000 square metres of land in his five-year career, the equivalent of 42 football pitches. 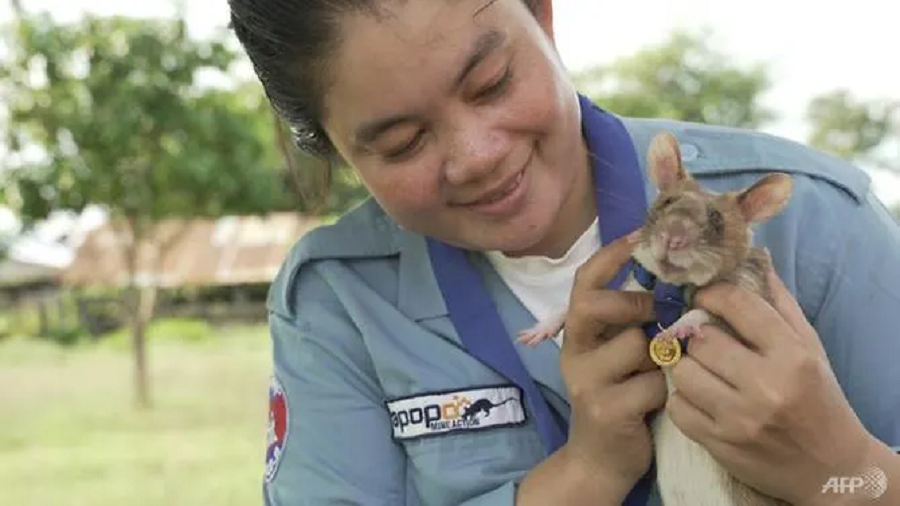 But after detecting 71 landmines and 38 items of unexploded ordnance "he is getting a bit tired", Michael Heiman, the charity's programme manager in Cambodia, told AFP on Saturday.

"The best thing to do is to retire him."

Millions of landmines were laid in Cambodia between 1975 and 1998, causing tens of thousands of casualties.

APOPO trained Magawa in his native Tanzania to detect the chemical compound within explosives by rewarding him with tasty treats — his favourites being bananas and peanuts.

He alerts de-miners by scratching the earth.