Signori football ban overturned after trial clears him of match-fixing

‘Give artists royalties’ he demands.

Zee TV has announced it will re-run Pakistan’s blockbuster television serial Zindagi Gulzar Hai, but Mikaal Zulfiqar is not too thrilled.

Through its social media handles, the network broke the news claiming the popular drama will air from June 5 for two consecutive hours on weekends.

Prior to this, Zindagi Gulzar Hai was aired on Zee–Zindagi, a channel launched by Zee TV for Pakistani, Turkish, and Indian serials. But the airing halted when tensions rose between the two neighboring countries, which worsened after a ban on Pak-India collaborations was imposed.

Nevertheless, the drama, directed by Sultana Siddiqui and written by Umera Ahmed, will now be available for viewing for Indian audiences. But as soon as the announcement made its way to Pakistani news outlets, Mikaal commented on the post of one such outlet and wrote, “#GiveRoyaltiestoArtists, muft men chala rahay hain (they are running it for free).” 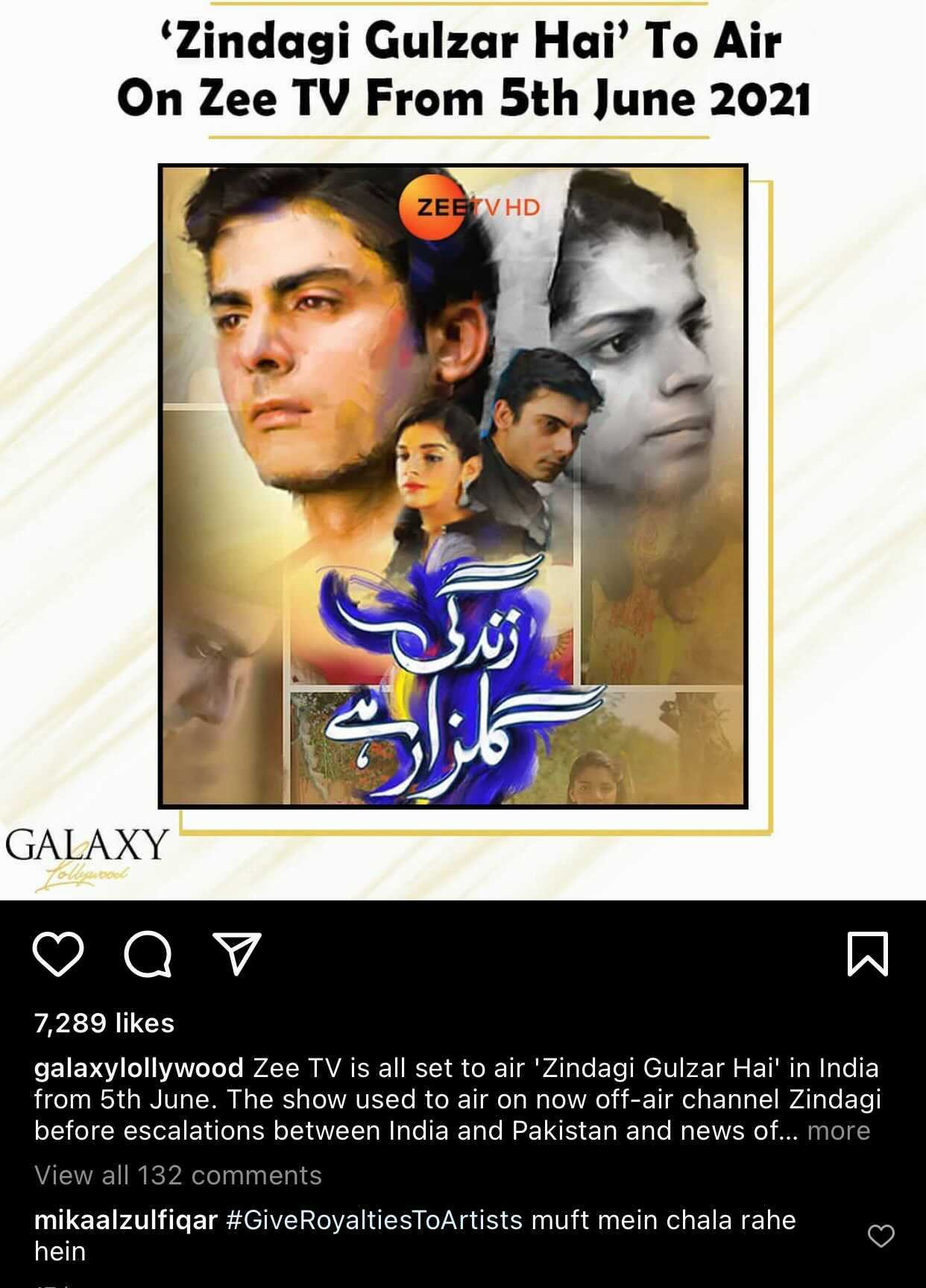 Earlier, many actors, including Mikaal had amplified Naila Jaffery’s demand for royalties, following which, PTI Senator Faisal Javed Khan assured he is in the process of building a framework that will ensure artists get their due payments. His announcement was lauded by several including Sakina Samo, Sami Khan, Ali Zafar, Zara Tareen, among others, but many also held their reservations.

The 2012 Fawad Khan and Sanam Saeed starrer is arguably one of the most successful television serials to have to come out after Humsafar. It is also available for streaming on Netflix.