Roadside bomb kills 9 of a family in Afghanistan

Chief of Army Staff (COAS) General Qamar Javed Bajwa, during an official visit to Ukraine, has said that Pakistan attaches great importance to furthering bilateral relations with the country and believes that both nations would develop meaningful and long term relationship through enhanced cooperation, according to a statement issued by the Inter-Services Public Relations (ISPR).

The military's media wing said that the army chief visited the Cabinet of Ministers of Ukraine where he held separate meetings with Prime Minister Shmyhal Denys and Deputy Prime Minister and Minister for Strategic Industries Uruskyi Oleh. 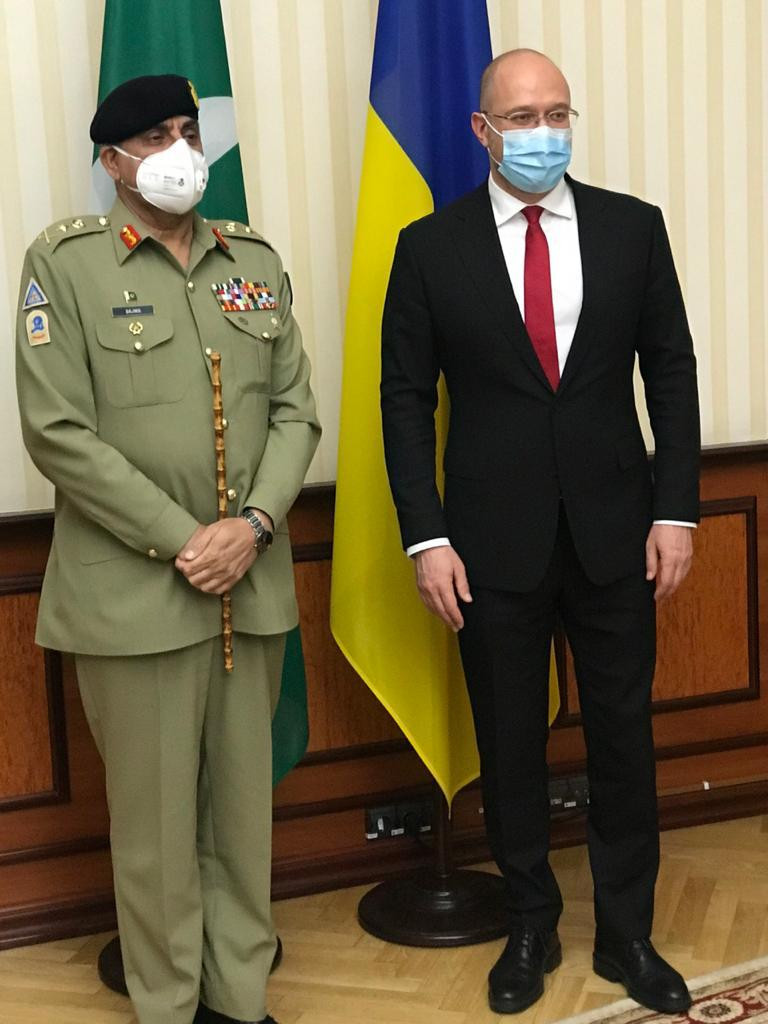 During the meetings, the ISPR said, matters of mutual interest, regional security situation including recent developments in the Afghan peace process and enhanced bilateral and defence cooperation in various fields were discussed.

Read more: COAS seeks ‘cooperation’ with US in all domains

Both dignitaries appreciated Pakistan's contributions to conflict prevention in the region, especially the Afghan peace process, the statement added.

On arrival at the Ministry of Defence, the ISPR said, the COAS was presented a guard of honour by a smartly turned out military contingent.

According to the official statement, besides mutual and professional interests, matters of defence and security collaboration between both countries and overall regional security situation were discussed, during the meetings. 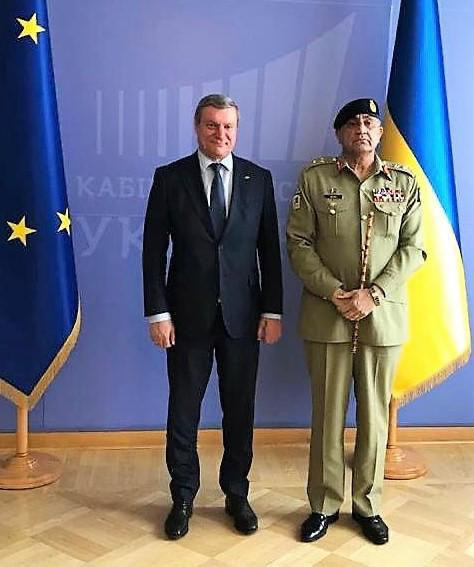 It said that the dignitaries appreciated Pakistan's sincere efforts for bringing peace and stability in the region and reiterated Ukraine's desire for enhancing bilateral cooperation in all domains.

General Qamar also visited a military test site in the Kharkiv region of Ukraine and witnessed field tests of various weapons and equipment.

The COAS took a keen interest in the tests and appreciated the performance of all ranks associated with the projects, according to the ISPR.

The army chief said that defence cooperation between both countries has always been traditionally an important component of bilateral relations.

"Pakistan is keen to enhance defence cooperation with Ukraine on the basis of Transfer of Technology (ToT) and Joint Ventures (JVs) in future as both sides can benefit from each other's experience," the COAS further said.

This budget will bring ‘economic revolution’ in Pakistan, says Khattak