Ronaldo reaches 100 goals for Juve in vital win at Sassuolo

Smoke and flames rise from a tower building as it is destroyed by Israeli air strikes amid a flare-up of Israeli-Palestinian violence, in Gaza City. PHOTO: REUTERS
GAZA/JERUSALEM:

Hamas launched retaliatory rockets at Tel Aviv and toward Jerusalem early on Thursday and Israel vowed to keep pummelling the faction in Gaza despite a prediction by US President Joe Biden that their fiercest hostilities in years might end soon.

There was no immediate word of casualties from the pre-dawn salvo, which set off sirens as far as northern Nahalal, 100 km (62 miles) from Gaza, sending thousands of Israelis to shelters.

With world powers demanding de-escalation of a conflict beginning to recall the Gaza war of 2014, Washington planned to send an envoy, Hady Amr, for talks with Israel and Palestinians.

"My expectation and hope is this will be closing down sooner than later, but Israel has a right to defend itself," Biden said on Wednesday after speaking to Netanyahu. 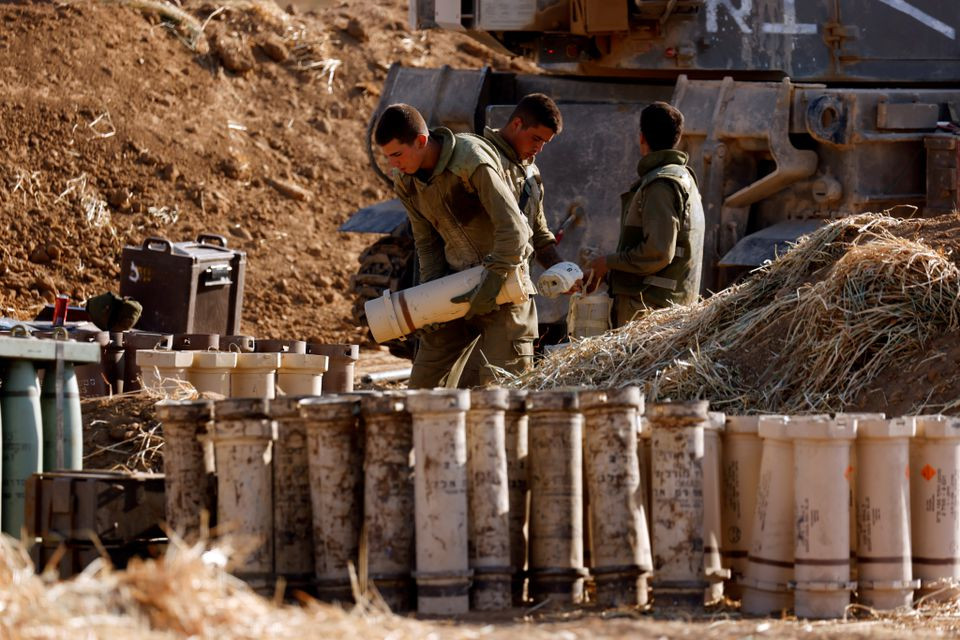 Israeli soldiers work by their mobile artillery unit near the border between Israel and the Gaza Strip. PHOTO: REUTERS

Biden did not explain the reasons behind his optimism. Netanyahu's office said he told the US president that Israel would "continue acting to strike at the military capabilities of Hamas and the other groups active in the Gaza Strip".

On Wednesday, Israeli forces killed a senior Hamas commander and bombed several buildings, including high-rises and a bank, which Israel said was linked to the faction's activities.

Hamas signalled defiance, with its leader, Ismail Haniyeh, saying: "The confrontation with the enemy is open-ended."

Read more: At least 49 killed in Gaza as Israel carries out hundreds of airstrikes

For Israel, the targeting of the two major cities posed a new challenge in the confrontation with Hamas.

A Palestinian source said truce efforts by Egypt, Qatar and the United Nations had made no progress to end the violence.

US Secretary of State Antony Blinken phoned Palestinian President Mahmoud Abbas and said Washington "was exerting efforts with all relevant parties to reach calm," the official Palestinian news agency WAFA said. Abbas is a Hamas rival whose authority is limited to the Israeli-occupied West Bank.

The fighting has touched off strife within Israel, where some in the Arab minority mounted violent pro-Palestinian protests. The media reported spreading street attacks by Jews on Arab passersbys in ethnically mixed areas on Wednesday.

In Gaza, two multi-storey residential buildings and a tower housing media outlets, including one linked to Hamas, collapsed and another structure was heavily damaged.

"Israel has gone crazy," said a man on a Gaza street, where people ran out of their homes as explosions rocked buildings. 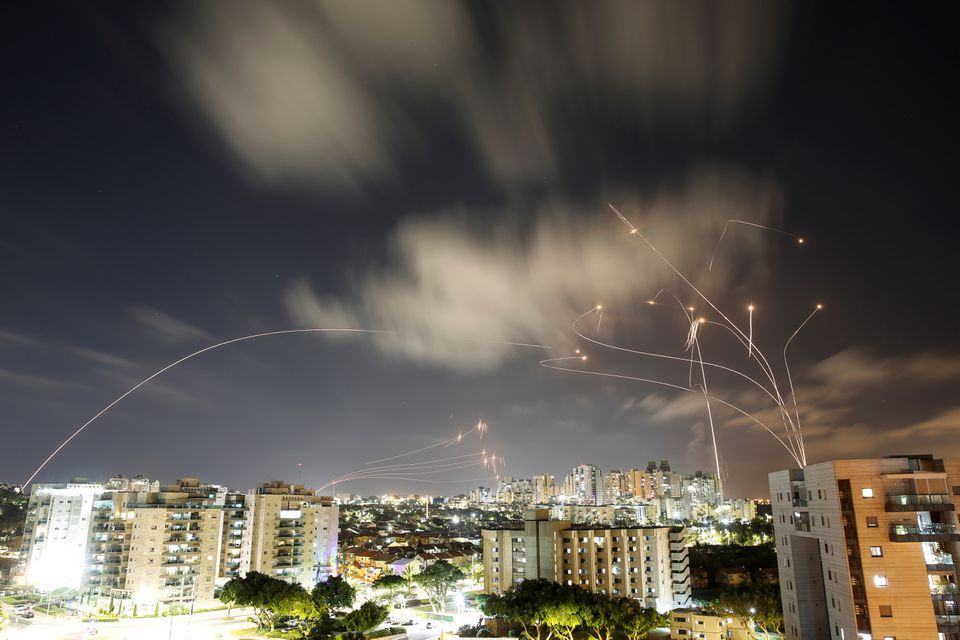 Many in Israel also holed up in shelters as waves of rockets hit its heartland, some blown out of the sky by Iron Dome interceptors.

The fatalities in Israel include a soldier killed while patrolling the Gaza border and five to six civilians, including two children and an Indian worker, medical authorities said.

US energy corporation Chevron said it had shut down the Tamar natural gas platform off the Israeli coast as a precaution. Israel said its energy needs would continue to be met.

At least two US airlines cancelled flights from the United States to Tel Aviv on Wednesday and Thursday.

Thursday's barrage on Tel Aviv prompted Israel to reroute an El Al flight from Brussels away from Ben Gurion, its intended destination, to Ramon Airport in the south. It appeared to be the first time Israel had used Ramon as a wartime alternative to Ben Gurion. A flight was previously diverted there due to bad weather, according to aviation tracker Avi Scharf.

The conflict has led to the freezing of talks by Netanyahu's opponents on forming a governing coalition to unseat him after Israel's inconclusive March 23 election.

Gaza's health ministry said 17 of the people killed in the enclave were children and six were women. The Israeli military claimed on Thursday that some 350 of 1,500 rockets fired by Gaza factions had fallen short, potentially causing some Palestinian civilian casualties.

Although the latest problems in Jerusalem were the immediate trigger for hostilities, Palestinians have been frustrated as their aspirations for an independent state have suffered setbacks in recent years.

These include Washington’s recognition of disputed Jerusalem as Israel’s capital, a US plan to end the conflict that they saw as favourable to Israel, and continued settlement building.