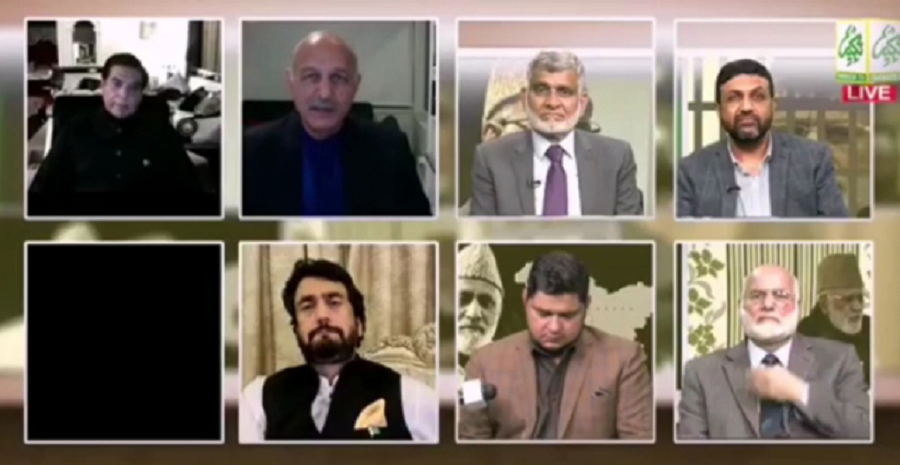 President TeK UK Raja Fahim Kayani said that Sehrai was an icon of ongoing liberation movement in Indian Illegally Occupied Jammu and Kashmir (IIOJK) and laid his life for the sacred Kashmir cause.

“Sehrai's custodial killing demonstrates that Indian occupation regime is adamant to use all available tools to subjugate the people of IIOJK into submission. But the sacrifice of Sehrai testifies that no matter what, India can never break the will of the Kashmiri leadership,” the TeK president said.

Kashmiris are willing to give their life but will never compromise on the principle stand of right to self-determination, he added.

Azad Jammu and Kashmir (AJK) President Sardar Masood Khan expressed his grief and anguish over the custodial killing of Sehrai.

He highlighted the unwavering determination of Sehrai towards the cause of Kashmir. President Khan assured the people of IIOJK that AJK government will raise the issue of illegally detained leadership of Kashmir at all international forums including the United Nations, European Parliament and Organisation of Islamic Cooperation.

He appealed to the United Nations to take concrete steps to help the people of occupied valley, who are facing an “existential threat” since August 5, 2019 when the Indian government abrogated Article 370 and 35-A.

Sehari was loyal aide of IIOJK's great freedom fighter, Syed Ali Geelani. The senator added that his custodial death followed martyrdom of his son Junaid Sehrai in May 2019, who laid his life fighting for freedom.

Shehryar Afridi offered his condolences and reiterated that the Pakistani government will provide all possible diplomatic support to the people of IIOJK till they achieve their right to self-determination. He said that Kashmir Committee has established 28 global platforms to inform global public square about the situation in IIOJK.

He said that the custodial death of Sehrai sends a clear message that Indian government is bent up on killing the Kashmiri political leadership.

The UK MP and Shadow Deputy Leader of the House of Commons in Afzal Khan said that Sehrai is the hero of Kashmir freedom struggle. He fought peacefully against the Indian military occupation all his life.

In order to keep the new generation of Pakistan aware of this hero of Kashmir freedom movement, the government of Pakistan should recognise their struggle and hold a special session of the National Assembly and the Senate.

No compromise on Kashmir issue: Maryam