Prime Minister Imran Khan on Saturday arrived in Madina Munawara barefoot to pay his respects at Roza-e-Rasool (Peace be Upon Him). 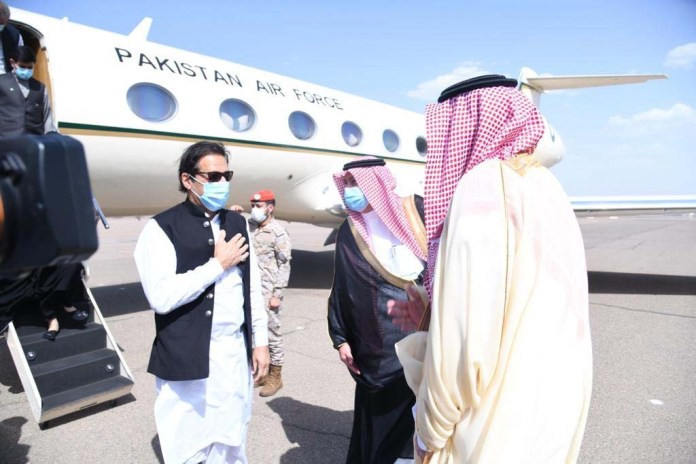 On his arrival in the Holy City, the premier was received by Governor of Madina Prince Faisal bin Salman. 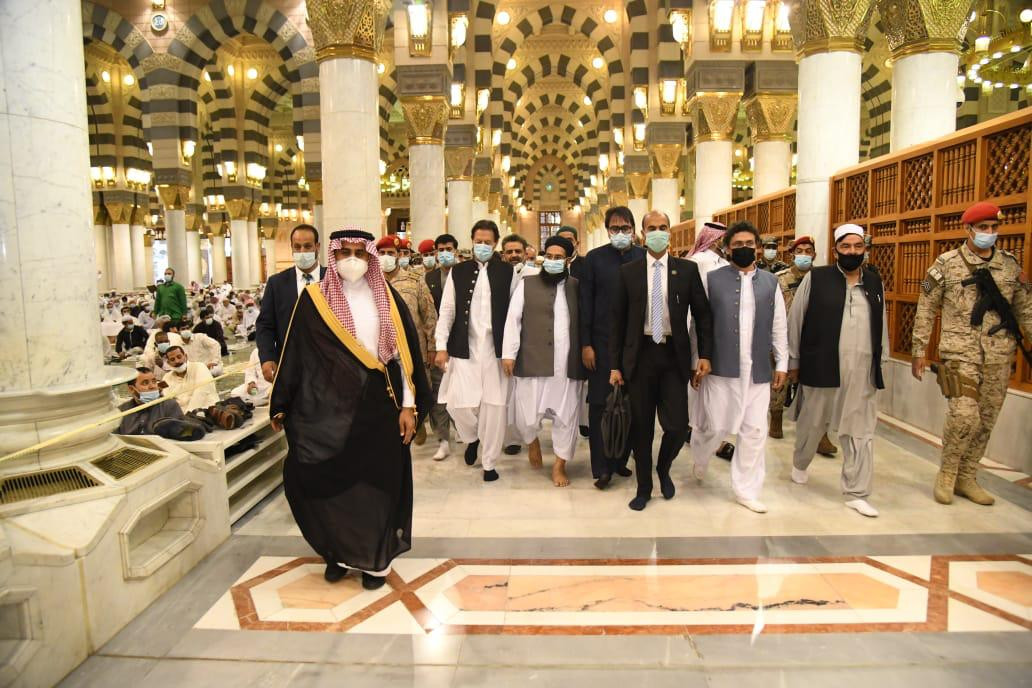 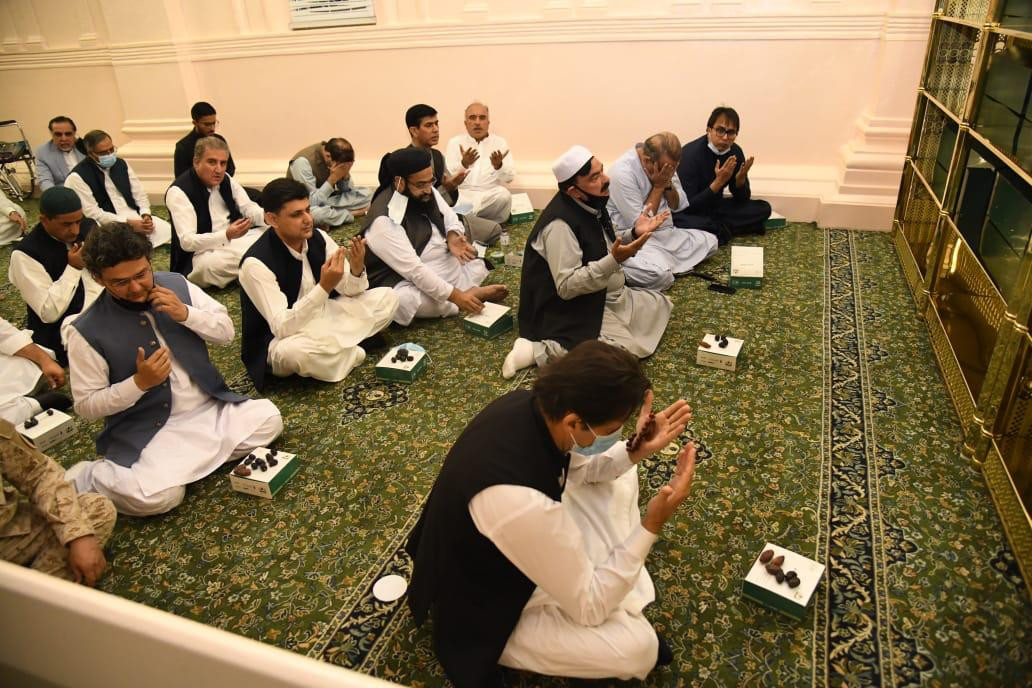 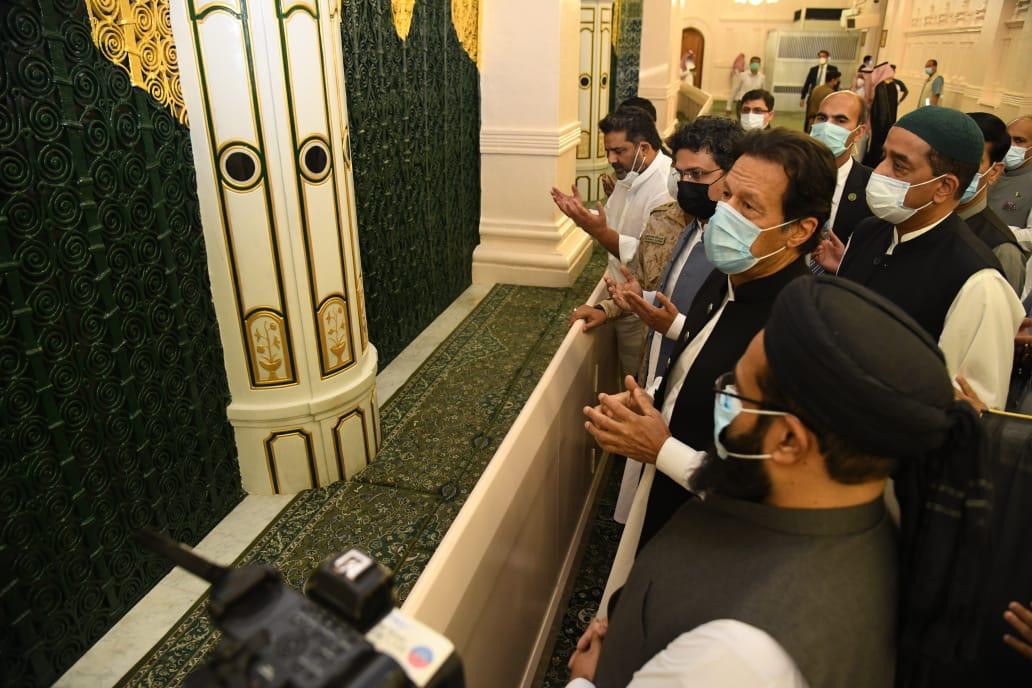 The premier along with the delegation had Iftar at the Prophet's Mosque and offered Maghrib prayers.

Minister for Information and Broadcasting Fawad Chaudhry, sharing the picture of a barefoot PM Imran along with his wife Bushra Bibi, said that a servant (Imran Khan) had come to pay his respects to Holy Prophet Muhammad (PBUH) in such a manner that he did not walk in his city (Madina Munawarra) with footwear. 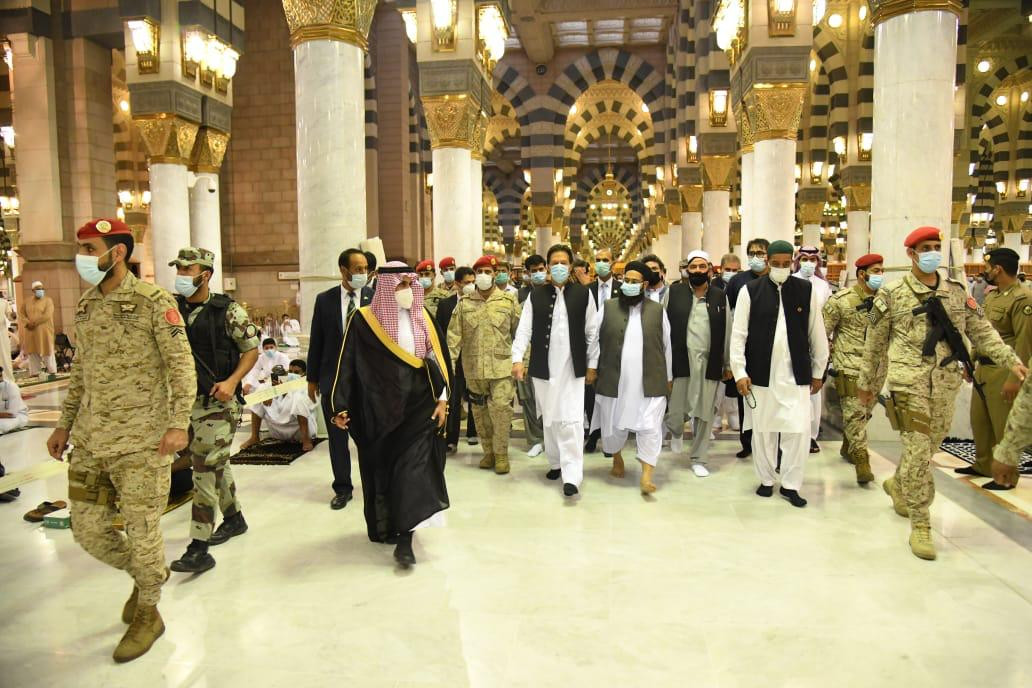 The prime minister arrived in the kingdom on Friday on a three-day visit and held delegation-level talks with Crown Prince Mohammed bin Salman besides signing multiple agreements and MoUs to strengthen bilateral cooperation. 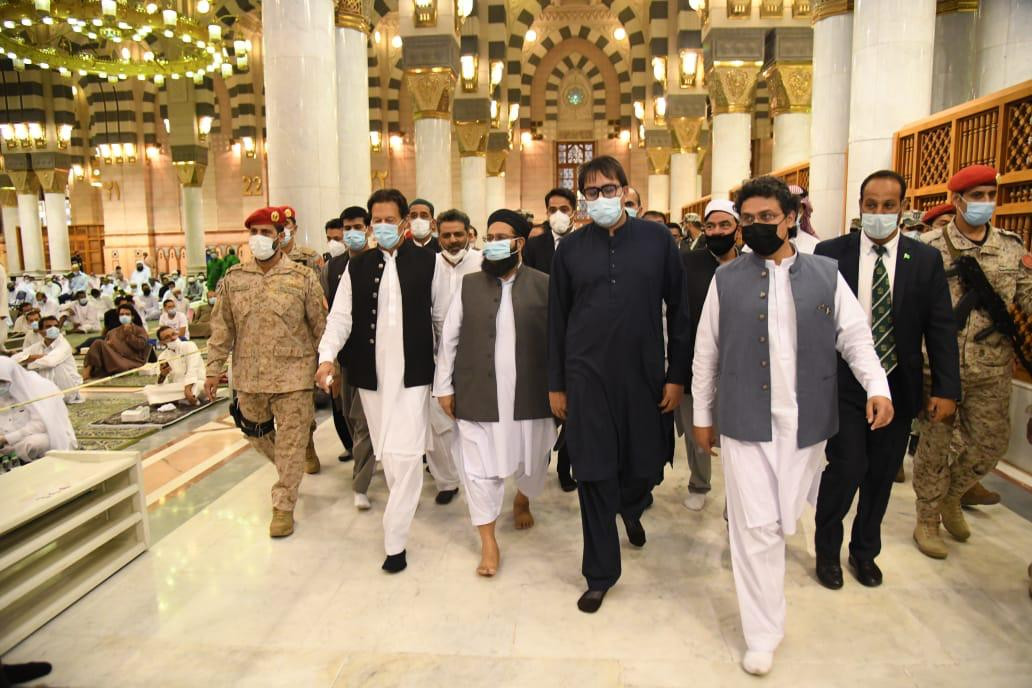 The prime minister met the crown prince in Jeddah and held wide-ranging talks on bilateral, regional and international issues. "The talks were marked by exceptional cordiality and a commitment to fortify the upward trajectory in the bilateral relationship," said the Ministry of Foreign Affairs (MoFA) in a statement. The two sides also agreed upon further deepening cooperation in all fields. 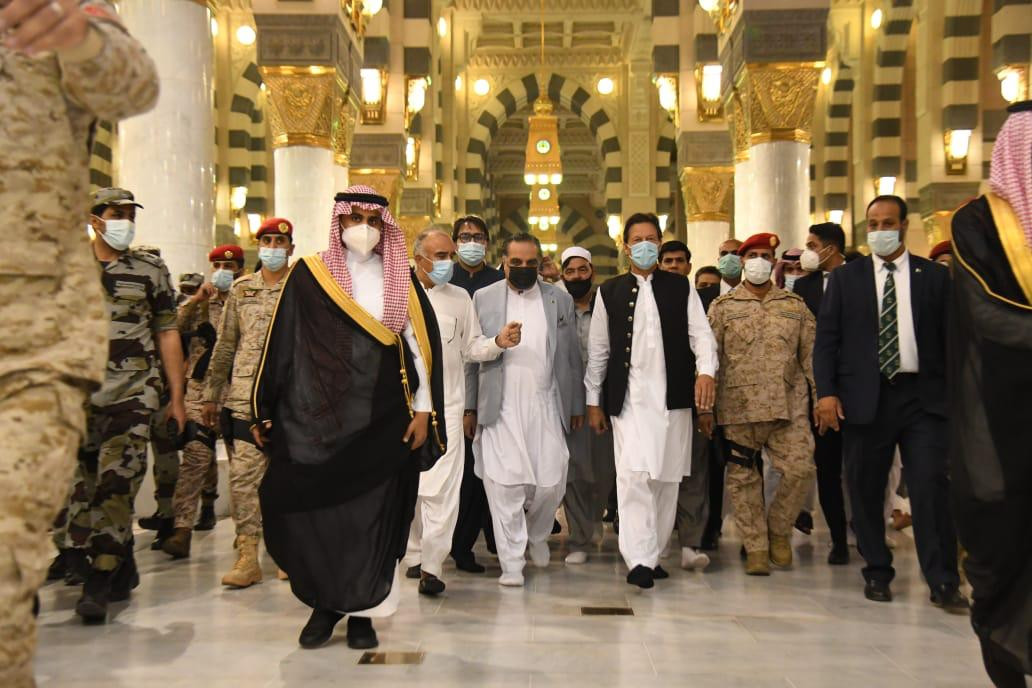 The communique added that the prime minister conveyed sincere regards to the Custodian of the Two Holy Mosques, His Majesty King Salman bin Abdulaziz, and thanked the crown prince for his gracious invitation to him to visit the kingdom.

The premier expressed also his gratitude for affording him the opportunity to visit the two Holy Mosques during the special days of Ramazan.

The prime minister reiterated Pakistan's abiding support for the sovereignty and territorial integrity of the kingdom and expressed special reverence accorded to the Land of the Two Holy Mosques by the people of Pakistan.