From Jackman to Pattinson, stars turn superheroes for India amid Covid

Khan will be dramatic reading for the series directed by Sarmad Khoosat, which will also feature several other actors

Mahira Khan will be taking over Indian screens with Yaar Julahay, a series of dramatic readings on ZEE Theatre.

“A treat for your eyes, ears, and mind! Watch Yaar Julahay, a series of dramatic readings of pure delight featuring scripts by legendary writers, starting from 15th May on #TataSkyTheatre,” revealed ZEE Theatre on its official Insta handle.

Mahira will be featuring in the opening episode of the 12-part series, which will start airing on May 15. She will be reading Ahmad Nadeem Qasmi’s classic, Guriya.

Guriya follows the story of Mehra and Bano, two best friends, who are conflicted over a doll. The doll (Guriya) belongs to Bano and resembles Mehra. But Mehra doesn’t like this doll at all. As time passes by, the more Bano likes the doll, the more Mehra despises it. But the end has a rather unexpected twist to it. 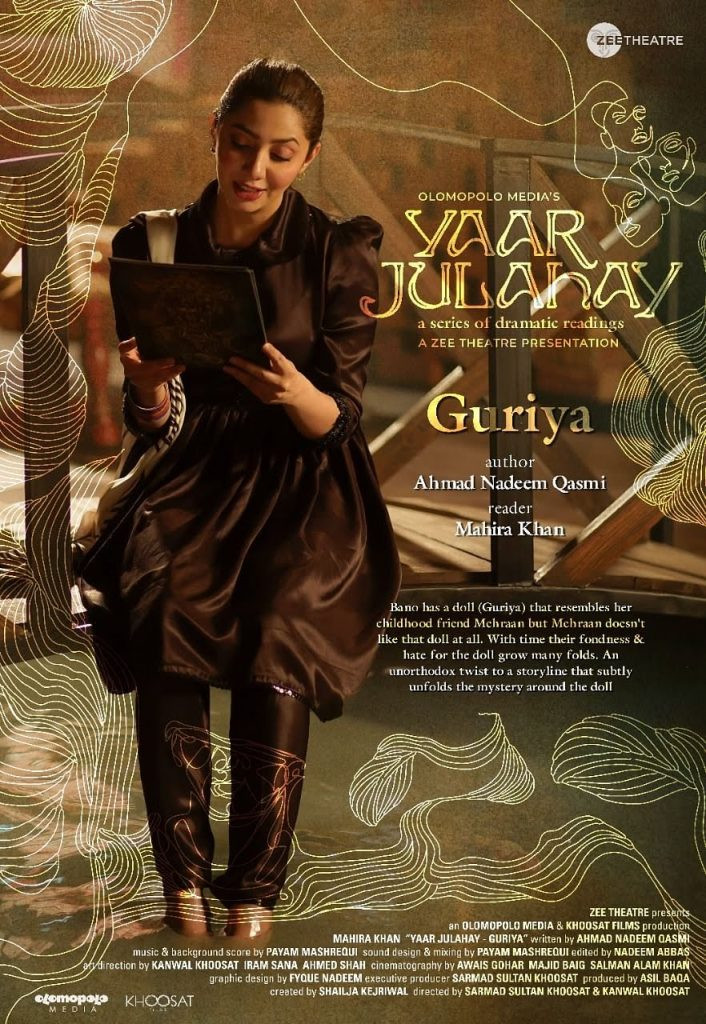