Study did not look at people who lacked provincial health insurance 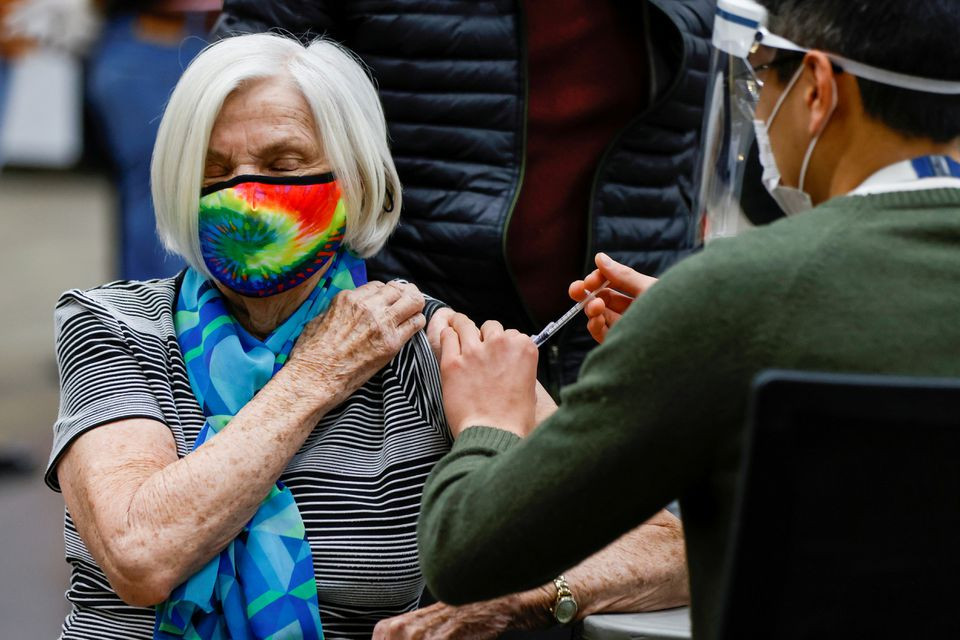 A patient receives a COVID-19 vaccine at a clinic, as efforts continue to help slow the spread of the coronavirus disease, in Ottawa, Ontario, Canada March 30, 2021. PHOTO: REUTERS

As Canada’s vaccination campaign ramps up, people at higher risk of transmitting Covid-19 often lack the resources to navigate labyrinthine booking systems or the documentation that would ease their path to inoculation.

Those without provincial health insurance, such as refugee claimants or undocumented workers, often perform front-line jobs or live in neighbourhoods that put them at high risk of infection. Immunizing this population is critical to tackling Canada’s crushing third-wave of the pandemic, epidemiologists said.

But a recent study from Toronto's ICES - previously known as the Institute for Clinical and Evaluative Sciences - found vaccination rates are lower among Ontario's immigrants, refugees, and those new to the provincial health system.

Twenty-two per cent of refugees had at least one dose of vaccine, as did 12% of recent provincial health plan registrants, well below the 38% for Canadian-born and long-term residents, the study found.

The study did not look at people who lacked provincial health insurance.

Ontario, Canada's most populous province, does not require people to have provincial health insurance to qualify for a Covid-19 vaccine. But it can be extremely difficult for people without a health card to sign up for a shot.

Nurse Shazmah Hussein sets aside two full days of her week to work the phones and help people navigate vaccine sign-ups at Toronto's Crossroads Refugee Clinic. In an average day, she said she may help 17 people sign up for shots after getting bounced from one phone number or website to another.

Registering for a shot takes maybe 15 minutes for someone who has Ontario health insurance. For people without the health coverage, it can take 45 minutes, even for someone familiar with the system who speaks fluent English.

"They've cried on the phone and said, 'Thank you so much, you're my angel,'" said Hussein. "I don’t think I did anything special. But just because they’ve had such a hard time navigating ... it makes me feel like I've moved a mountain."

Reuters called 20 pharmacies in Toronto and the neighbouring Peel region that were offering vaccines. Seven said they required health cards. Even within the same retail chain, there was variation in what a person needed to get vaccinated.

Loblaw  which owns Shoppers Drug Mart, told Reuters a health card was not required and "we have been doing our best to clarify criteria with stores."

On Friday, Toronto announced it is partnering with community agencies to help people without provincial health coverage register for a vaccine.

Byron Cruz, an advocate with Sanctuary Health in Vancouver, said those without a valid visa and other documents have avoided signing up for a vaccine out of fear of exposing themselves to immigration authorities.

A spokesperson for the province of British Columbia's health ministry said information "provided to public health for the purpose of the immunization plan will not be shared with other organizations."

An Ontario Ministry of Health spokesperson said that province would adhere to privacy legislation but did not commit to not sharing the information with immigration authorities. Another four lose battle to Covid in Rawalpindi 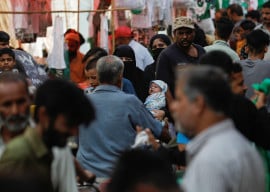 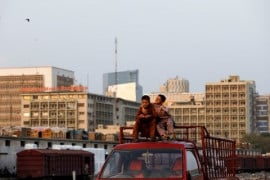