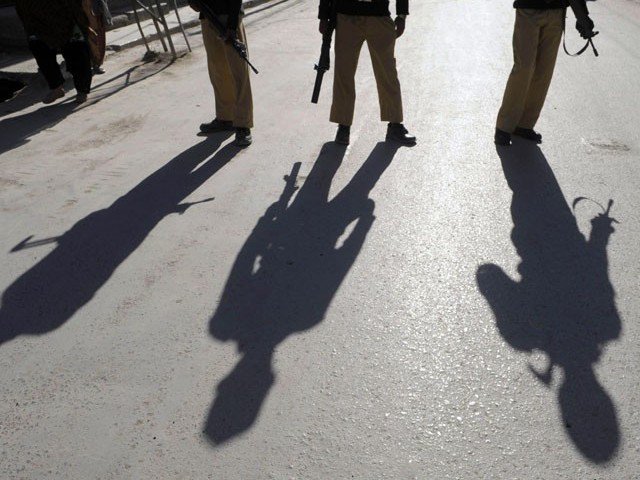 A landlord and four other men have been booked for allegedly torturing an employee’s brother and sharing a video clip of the assault on social media in resentment after he quit his job in Saiyanwala area. Sahiyanwala police arrested the landlord Fazal Chadhar and his security guard Ali Aoun.

According to the police report, Siddique, a 35-year-old labourer from Chak No. 43, took advance salary from farm owner Chadhar, a resident of Chak No. 129, and in return sent his son Waris to work for him. However, Waris suddenly disappeared after working for some weeks.

The complainant said that Chadhar searched for Waris but could not find him. He then summoned his brother Munawar to his place and handed him over to his guard Aoun, who took him to a room and tortured him.

The labourer kept apologising but the landlord and his gunman did not spare him and kept beating him.

Meanwhile, an employee of land owner recorded a video of the violence, which he later shared on social media.

Police registered a case against Chadhar, Aoun, Afzal and two other people under different sections of Pakistan Penal Code (PPC), including 34 (Acts done by several persons in furtherance of common intention), 148 (Rioting, armed with deadly weapon), 149 (Every member of unlawful assembly guilty of offence committed in prosecution of common object), 337-L (Punishment for other hurt) and 342 (Punishment for wrongful confinement).

Nadeem said, “We had not received any complaint. We received the video today. After which we called the victim Munawar Siddique to the police station and after his medical test, a case has been registered against five suspects including the landlord and his accomplices. The rest of the suspects will be arrested soon.”

In a similar incident last month, six suspects were arrested for allegedly tying a disabled youth to a pole and torturing him on suspicion of theft.

They tied his hands and a foot to a pole on suspicion of theft while they tortured him and made a video that went viral on social media.

“I had sent my mentally challenged brother Mohsin Raza to bring yoghurt at the time of Sehri. Meanwhile, the accused were sitting in Mohalla Rasoolpura Chowk where they allegedly molested my brother.

In reaction, my brother abused them and escaped. After this, the suspects tied him to an electric pole and tortured him. We are eight siblings of whom two suffer from mental disabilities,” the complainant, Imran Raza Hashmi, stated.

The victim's brother alleged that the suspects had attacked his house and threatened to kill him if he did not withdraw the case.

After the video of the torture went viral on social media, the police registered a case against the suspects under PPC’s Section 147 (Punishment for rioting), 149 (Every member of unlawful assembly guilty of offence committed in prosecution of common object), 342 (Punishment for wrongful confinement) and 355 (Assault or criminal force with intent to dishonour person).