‘Youm-e-Ali procession will be held despite ban’

Sindh Education and Labour Minister Saeed Ghani lashed out at the Pakistan Muslim League-Nawaz on Sunday over allegations of rigging in the recently held NA-249 by-election.

Addressing a press conference at the Bilawal House, the PPP stalwart said that "The PML-N lost the NA-249 by-election owing to its own mismanagement and overconfidence."

Taking an apparent jibe at the PML-N, Ghani said that those who are accusing the PPP of winning the by-poll through rigging should clarify whether they won the Daska and Wazirabad by-polls in Punjab and Nowshera by-election in Khyber Pakhtunkhwa "with the help of selectors."

Ghani said that the PPP won the by-election by formulating a strategy to engage with the voters of the constituency. Committees were formed for each of the 276 polling stations and at the union council levels, he said, adding that his party was in contact with activists of various political parties, including the PML-N, the Jamat-e-Islami and the Pakistan Tehreek-e-Insaf. Their workers joined the PPP, he said. "If the turnout had been higher, we would have gotten over 25,000 votes."

The NA-249 by-election has been marred with rigging allegations with both the PML-N and the PTI, whose candidate, Amjad Afridi, received 8,922 votes, crying foul.

Earlier, on Saturday, the Election Commission of Pakistan (ECP) had stayed the process of consolidating the results of the by-poll, where voter turnout had remained low on election day. The ECP has fixed May 4 (tomorrow) as the date for hearing Ismail's application seeking recount.

Ghani, who had on Saturday posted a tweet, advising Ismail to accept his defeat and suggesting that the PPP itself offer a recount so that it can win again and prove that the rigging allegations were baseless, chided the PML-N leadership on Sunday for its remarks post the by-poll.

The minister said there were videos making rounds on social media in which a PPP polling agent is purportedly stopped by a Sindh Rangers official, who says the agent is carrying money.

Referring to allegations that he had gotten hold of the election results before they were out, Ghani said he had taken to Twitter to post numbers that were available to him from the Form 45 issued by the ECP.

Ghani leveled that it was strange that there was not a word of protest when during the counting process the PPP candidate was trailing behind Ismail. "It was after the election concluded and the results were announced that everyone started complaining."

Denouncing PML-N's objections to the outcome of the by-poll, Ghani claimed that the rival party had no right to cry foul. The PPP also wanted to know why the PML-N had begun celebrating in the constituency before the results were announced, said the minister.

The PPP minister said if PPP Co-chairperson Asif Ali Zardari or his sister and Sindh MPA Faryal Talpur or other PPP leaders are granted bail, the party is accused of having entered a deal. But if the former prime minister and PML-N stalwart Shahid Khaqan Abbasi's name is removed from the ECL then what should be assumed, he asked, without specifying with whom the parties would enter into the alleged deals.

Opposition parties like the PML-N do not want to oust Prime Minister Imran Khan and they do not want to remove Punjab Chief Minister Usman Buzdar but the PPP is being accused of making deals, added Ghani. 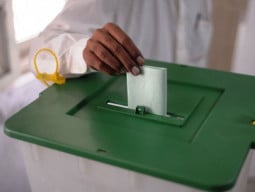 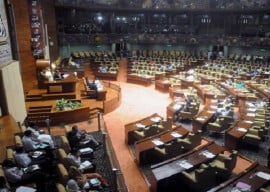