Cumulative revenue impact of the decision will be Rs4.8 billion

The prices of petroleum products will be effective from May 1. The price of petrol has been maintained at Rs108.56 per litre, high speed diesel Rs110.76 per litre, kerosene oil Rs80 per litre and light diesel oil (LDO) Rs77.65 per litre.

Also read: Govt reduces petroleum prices by up to Rs2.32 per litre

The Oil and Gas Regulatory Authority (Ogra) had proposed a hike in prices of petroleum products effective from May 1.

Earlier, the government had reduced oil prices up to Rs2.32 per litre effective from April 16.

The government had reduced the price of HSD by Rs2.32 per litre, petrol by Rs1.79 per litre, kerosene oil by Rs2.06 per litre, and LDO by Rs2.21 per litre. The agriculture and transport sectors widely use HSD. Therefore, any increase in oil price in Pakistan will have a negative impact on these two sectors. Ogra calculates ex-depot prices of petroleum products keeping in view the rate of petroleum levy and general sales tax.

Meanwhile, Ogra on Friday issued a price-revision notification of LPG for the month of May. According to the notification, the authority has decreased the locally produced LPG price by Rs146.19 per cylinder of 11.8 kilogrammes.

After the revised price, the LPG cylinder would be sold in the open market at Rs1,572.40 during the month of May, which was available at Rs1,718.59 in April. Whereas, the per metric ton LPG rate has been fixed at Rs133,254.19 for May. The commodity sale price per metric ton was Rs145,643.23 during April. The new price would be effective from May 1. 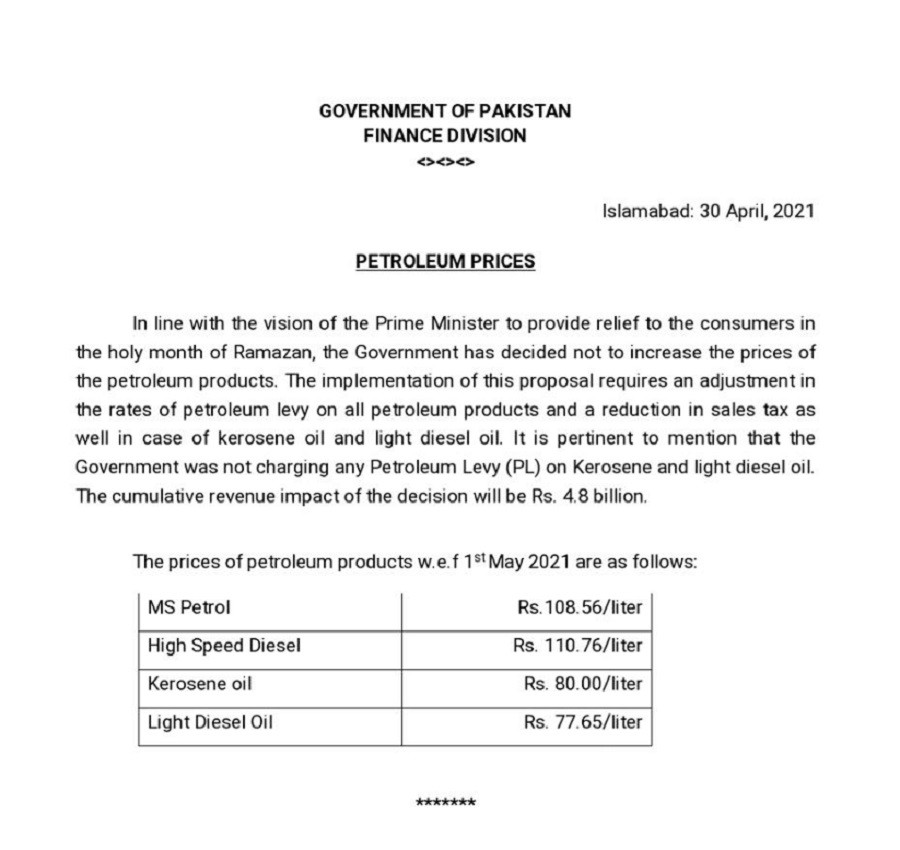 Becoming the best version of yourself in Ramazan