To mark the actor's first death anniversary, his wife and son took to social media to pen heartfelt tributes 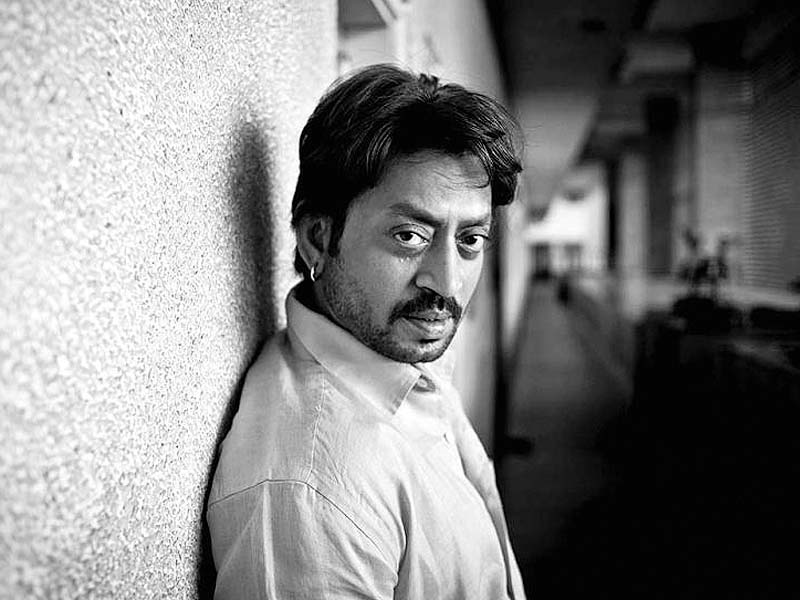 Today marks one whole year since the passing of the beloved Bollywood actor Irrfan Khan. The Haider star lost his life to neuroendocrine cancer in April of last year, leaving several loved ones and fans grieving forever. To mark the anniversary of his death, Irrfan’s wife Sutapa Sikdar and son Babil took to social media to pen heartfelt tributes. Both mother and son chose to share memories of their superstar in a celebration of the way he led his life.

In a touching note, Babil spoke of his father’s legacy, and how he found joy in the little things, even during his cancer treatment. “Chemo burns you from the inside so to find joy in the simple things, like building your own table to writing your own journals…There is a purity I have not yet discovered. There is a legacy that has already been concluded by my Baba himself. A full stop. Nobody can ever replace him. Nobody will ever be able to,” he wrote. “To the greatest best friend, companion, brother and father I ever had and ever will have. I love you so much, for the rest of this chaos we are choosing to call life. I miss you, more than all that Shahjahan/Mumtaz stuff.”

He went on, “I would have built a space monument that could have taken us to the furthest parts of a blackhole singularity you were always intrigued by but I would have been there with you Baba, and we could have gone together, hand in hand, exploring the last mysteries.” The post was accompanied by a picture of Irrfan’s building a chair for himself in his home.

Sutapa, on the other hand, shared an equally emotional note, recalling how her late husband spent his last moments before passing away. She spoke about singing Irrfan’s favourite songs to send him off, as opposed to religious chants. “Your favourite poet Anaïs Nin said, ‘People living deeply have no fear of death.’ Last year, tonight, me and my friends sang songs for you, all your favorite songs,” she began.
“The nurses were looking at us strangely as they were used to religious chants in critical times but I had overdone that for you in the morning, evening and night for two years. And since they told me it was time, I wanted you to go with memories you loved. So we sang songs. The next day, you left for the next station. I hope you knew where to get down without me. 363 days, eight thousand seven hundred and twelve hours, when each second is counted.”

Sutapa revealed how Irrfan passed away at a particular time, calling it his love for the mystical. “How exactly does one swim this huge ocean of time? The clock had stopped. At 11:11 on April 29 for me. Irrfan, you had a keen interest in mystery of numbers. And funny, you had three 11’s on your final day. Some, actually many, say this is a very mystical number: 11/11/11.”

She concluded by recounting an anecdote from their days in college together, reflecting on the shared memories and a tribute to those who have passed from COVID-19 in the recent months. “All of you stay in peace. Remember that we loved you, all of you. And remember, all of you is missed by some one or the other… all your families grieve… may you all rest in peace! I hope there is enough space. I hope some of you will forgive us for not been able to give a respectable cremation.”

Irrfan’s health had been on the decline ever since he was diagnosed back in 2018. He had been travelling to London frequently for treatment but passed away on April 29 at Kokilaben Dhirubhai Ambani Hospital in Mumbai. His last film was Angraizi Medium.