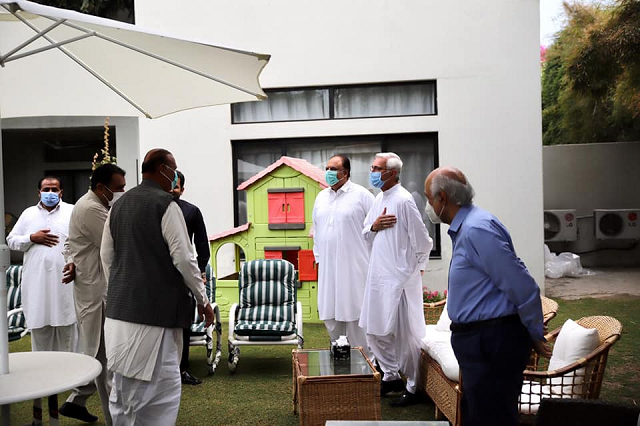 Dissident PTI leader Jahangir Tareen on Thursday said some people in Islamabad had assured him and his entire group of around 40 party lawmakers supporting him of a meeting with the prime minister.

Speaking to the media on the occasion of his appearance before a court in Lahore, Tareen said that no shareholder was a plaintiff against him.

“The cases against me are not criminal ones that they are being probed into by the FIA [Federal Investigation Agency]. These are SECP [Securities and Exchange Commission of Pakistan] and FBR [Federal Board of Revenue] cases,” he added.

“I am sure that I will receive justice from the court.”

The former PTI general secretary said the previous PML-N government had served him notices after investigating into his business because he was standing by Prime Minister Imran Khan.

“But even the PML-N government had not filed criminal cases against me.”

The sugar baron further maintained that he had seen the news of government committees on TV, but nobody had contacted them so far.

“I refused to talk to a government committee,” he added.

“My relationship with Imran Khan goes way back and it should not be weakened. We have struggled together.”

The dissident PTI leader said a day before he had invited his colleagues to his residence for Iftar, some people in Islamabad had contacted him and assured him that his group would meet the prime minister in a few days.

“The group includes around 40 PTI lawmakers.”

Speaking on the occasion, Punjab minister Nauman Langrial of the PTI, a supporter of Tareen, said the chief minister Usman Buzdar had assured them that the matter would be sorted out soon.

“His [Tareen’s] services for the party can't be overlooked,” he added.

Tareen was once considered a close friend of Prime Minister Imran Khan. However, the PTI’s former secretary general was sidelined after an inquiry report about a sugar crisis accused him of benefiting the most from a steep hike in prices of the commodity in January 2020.

As the FIA intensified its probe into Tareen’s alleged role in the sugar crisis, a number of PTI lawmakers started rallying around him with speculations about emergence of a possible forward bloc in the party.

The commission had also pointed out that the country’s top politicians – including PML-N’s Shehbaz Sharif, PTI’s Jahangir Tareen and Khusro Bakhtiar, PML-Q’s Moonis Elahi and PPP’s Asif Ali Zardari – were also among the beneficiaries of the crisis.

It is widely believed that despite being out of the power corridors, Tareen still wields significant influence over a good number of MNAs and MPAs.

On Saturday, PTI MNAs and MPAs, who accompanied Tareen to the banking court in show of support, warned the premier, saying “if the things remained unchanged, if humiliation of Jahangir Tareen continues with the same pace, then we can take any extreme decision”.

“We are warning Prime Minister Imran Khan for the last time, if the things are not wrapped up then they may get out of control.” 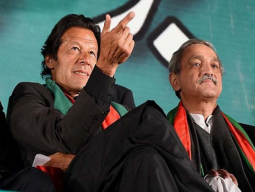 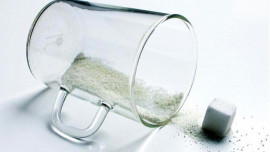 Sugar Advisory Board to be transferred from industry ministry Govt to buy sugar for market