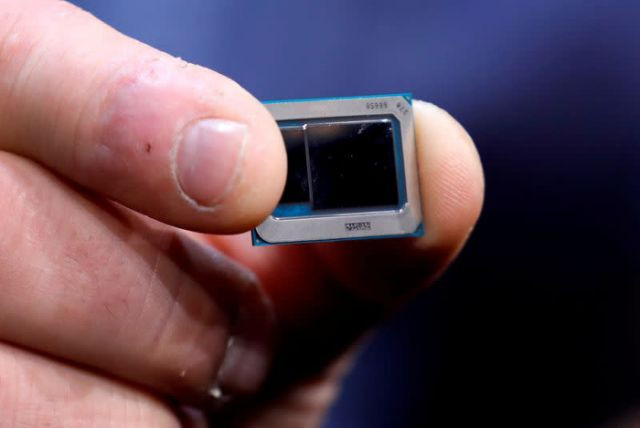 An Intel Tiger Lake chip is displayed at an Intel news conference during the 2020 CES in Las Vegas, Nevada, US January 6, 2020. PHOTO: REUTERS

The chief executive of Intel told Reuters on Monday the company is in talks to start producing chips for carmakers to alleviate a shortage that has idled automotive factories.

Chief Executive Officer Pat Gelsinger said the company is talking to companies that design chips for automakers about manufacturing those chips inside Intel’s factory network, with the goal of producing chips within six to nine months. Gelsinger earlier on Monday met with White House officials to discuss the semiconductor supply chain.

Intel is one of the last companies in the semiconductor industry that both designs and manufactures its own chips. The company last month said it would open its factories up to outside customers and build factories in the United States and Europe in a bid to counter the dominance of Asian chip manufacturers such as Taiwan Semiconductor Manufacturing Co and Samsung.

But Gelsinger said Monday that he told White House officials during the meeting that Intel will open its existing factory network to auto chip companies to provide more immediate help with a shortage that has disrupted assembly lines at Ford Motor Co and General Motors Co.

“We’re hoping that some of these things can be alleviated, not requiring a three- or four-year factory build, but maybe six months of new products being certified on some of our existing processes,” Gelsinger said.

“We’ve begun those engagements already with some of the key components suppliers.”

Gelsinger did not name the component suppliers but said that the work could take place at Intel’s factories in Oregon, Arizona, New Mexico, Israel or Ireland.