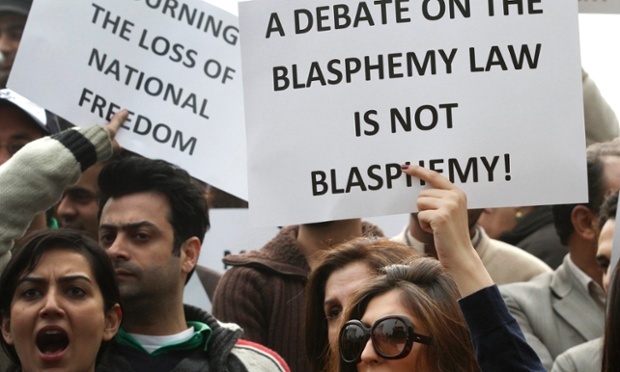 Police have initiated an inquiry into a blasphemy case involving two nurses of the district headquarters (DHQ) hospital. Both the suspects have been sent to jail.

Several staff members of the hospital reportedly protested against the two nurses on Friday accusing them of blasphemy after they allegedly removed stickers with religious texts written on them from a cupboard.

Some of the charged protesters also attacked a police mobile van which had arrived to shift the nurses to police station. Police managed to secure the nurses inside the vehicle to save them from harm.

According to police, the two nurses had removed a sticker inscribed with religious inscription from a cupboard in the psychiatric ward of the hospital. Deputy Medical Superintendent Dr Muhammad Ali filed a complaint with the Civil Lines Police claiming that a hospital committee had confirmed the blasphemy allegations against the nurses.

A team led Civil Lines DSP Rana Attaur Rehman took the nurses into custody and evacuated them from the hospital.

The protesters included local clerics who demanded action against the accused. A case under Section 295-B of the Pakistan Penal Code (PPC) has been registered.