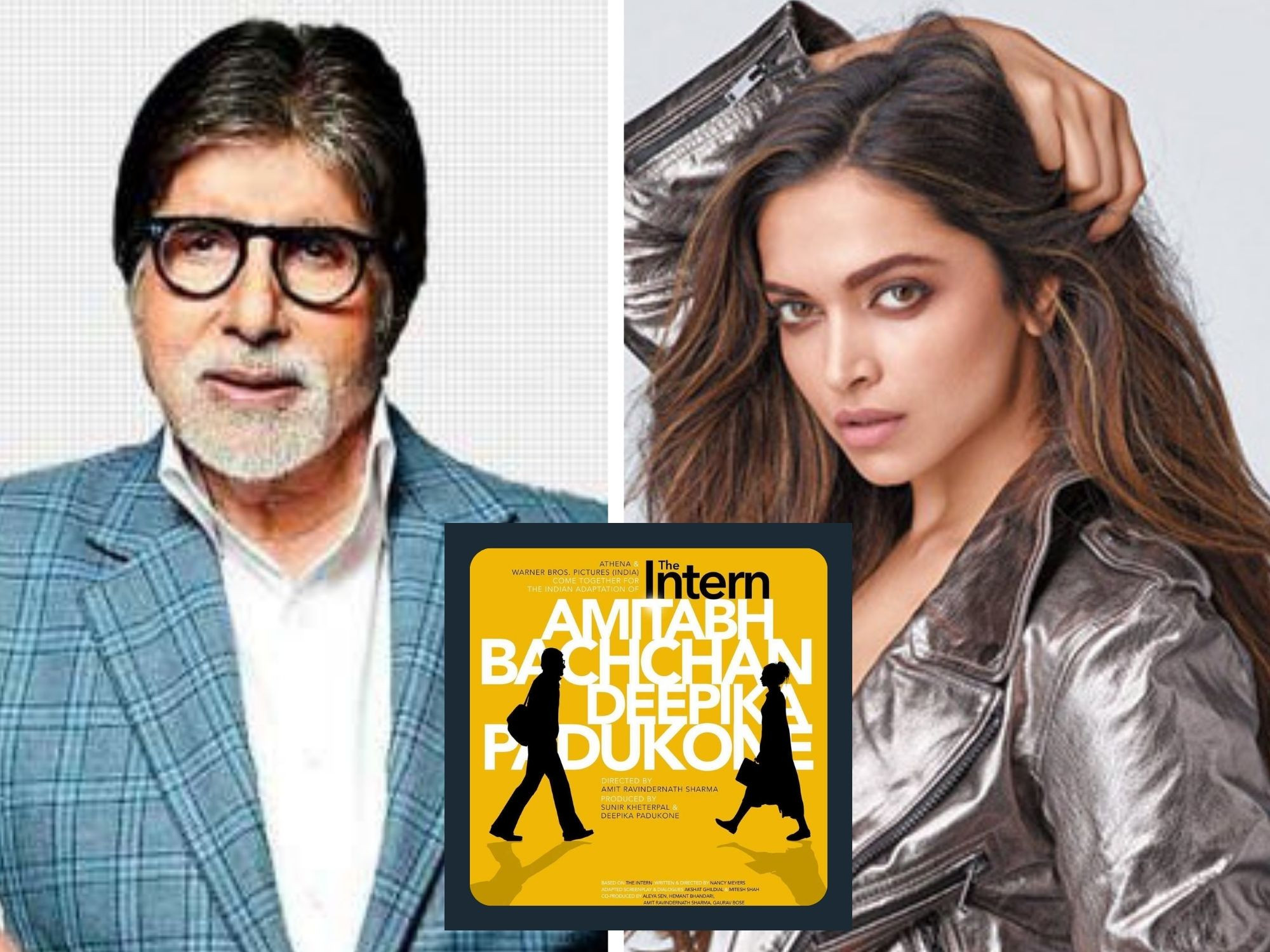 Deepika Padukone-starrer The Intern has added another actor as one of its key cast members, as the Padmaavat actor announced on Monday. The adaptation of the Hollywood flick will now star Amitabh Bachchan opposite Padukone. The duo was last seen in Piku. Originally, the film had cast the late Rishi Kapoor for the role which sadly had to be reconsidered due to his unforeseen demise last year.

Taking the news to her Instagram, Padukone shared the new poster for the film and wrote, “What an absolute honour to be collaborating with one of my most special co-stars again! Welcoming Amitabh Bachchan to the Indian adaptation of The Intern.”

The upcoming film is a remake of a Hollywood hit by the same title which starred Anne Hathaway and Robert De Niro in the lead roles. The 2015 blockbuster was directed by Nancy Meyers and had collected positive reviews upon its release. Now it’s up to the Bollywood stars to take charge and recreate the magic again.

The Intern is being helmed by filmmaker Amit Sharma, known from Badhaai Ho, and is co-produced by Padukone herself in association with Warner bros India. The release date is yet to be announced but the latest poster suggests it is slated for 2022.

Apart from the Bollywood remake, Padukone will be seen sharing a screen space with husband Ranveer Singh in sports drama called ‘83 next, where the star will be seen as Romi Bhatia, wife of former cricketer Kapil Dev. Other than that, her other upcoming projects include the Shah Rukh Khan-starrer Pathan and an actioner named Fighter, alongside Hrithik Roshan.

Meanwhile, Amitabh Bachchan has Chehre, Jhund and Brahmastra lined up for release. Neetu Singh reveals how she coped with Rishi Kapoor's death