Fabulous not frail, Haseena’s characters were everyday people with intelligence and agency 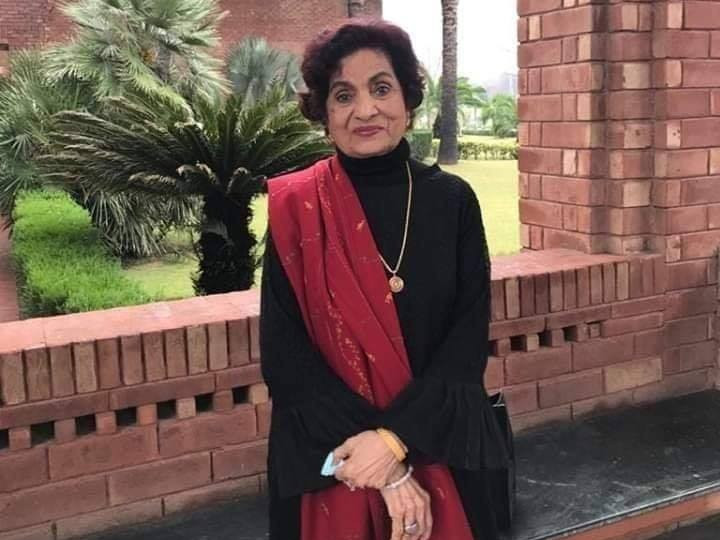 Haseena Moin often complained about how the pop culture industry doesn’t celebrate women in their totality anymore. She is weak, self-indulgent, and dependent to the limit that she almost comes off as a liability on society, Moin would say. Or as the deranged prince of Denmark puts it, “Frailty, thy name is woman.”

While Hamlet would disagree with her, Haseena stood her ground and walked the talk at the same time. As she grew older and slightly restricted due to worsening health, her characters continued to walk on her behalf. And that is exactly how a legacy forms itself; slowly and organically, without having to remind you of the shadow it casts over the imagination.

Four decades ago, when Haseena started writing novels and television dramas, her female characters were anything but feeble. They drove around in cars, owned businesses, were decision-makers, spread smiles—far from anything we see on television anymore. She never rode the waves, she opposed them, and that too with grace and commitment.

Be it, Sana, from Ankahi, a middle-class working woman who on the one hand is mature enough to look after an entire household but is not ashamed of the mistakes she makes to learn the process. Or Sania from Tanhaiyaan who despite the struggles of life is keen to move on or even Dr Zoya from Dhoop Kinare, who does not hold back from professing her love for a much older man. Haseena’s characters did it all and that too out of their sheer will and desire.

She also used her writing to highlight social issues. Salman Ahmed’s debut serial Aahat alongside Sania Saeed effortlessly showed the mental and physical trauma that women in this country go through to have a male offspring. Almost dying from giving birth to four daughters in hopes of a son, to being forced to see spiritual healers and being confined to her room there was no topic off the table, the play touched all the taboos without yelling about change.

Unlike today’s shallow offerings, even Haseena’s supporting characters came across as movers of change. With Naheed’s character in Aahat, Haseena was able to create a dichotomy between two families and two different approaches to seeing the world within a woman’s prism. Qazi Wajid’s character in Dhoop Kinare was that of a daunting father who let his daughter explore the world on her own but stood firm beside her. Likewise, the character of Dr Sheena, played by Badar Khalil, was that of an ambitious woman who could go to lengths to achieve what she desired.

One could go on and on about Haseena’s ever-charming characters for they seem like rays from a distant sun; a sun that hovers like a constant reminder of where we were and how far we have stooped as far as quality TV is concerned.

Unfortunately, even relatively accomplished female characters these days are shown as home-wreckers and mischief-makers. Women are mostly portrayed as obedient housewives with no choice or agency of their own and those that try to own their space are portrayed in a negative light, such as Miraal from Sabaat.

It isn’t that Haseena’s women were perfect like Umera Ahmed’s rating queens; they were perfectly flawed like Parveen Shakir’s muses; ahead of their time and imagination and yet fully immersed in the uncertainty of human condition. They had an aura of strength and but were also humble and meek without emanating any sense of false modesty.

The golden era of PTV is long gone and with it the push to bring about change through performing art. Haseena Moin might not be with us anymore but she will always live through the passion of her women. See you on the other side Haseena! The power of Haseena Moin