Despite being buried in heart of Lahore for centuries, structure is still firmly in place

A 400-year-old tunnel has been discovered during restoration work at the Royal Fort in Lahore. 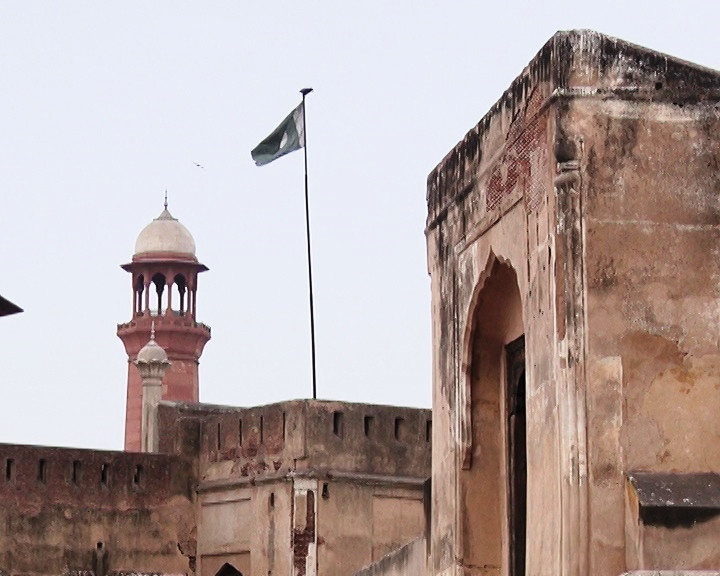 Despite being buried in the heart of the city for centuries, this tunnel is still firmly in place today. The tunnel is well ventilated and lighted, while niches had been made for lighting the lamps.

As per the opinion of experts, the tunnel was used as drainage and secret passage. The royal fort of Lahore is an important monument of the Mughal period. Under the existing buildings of the fort, there are secret basements, and a network of corridors and tunnels.

Buried in the heart of Lahore, the walls of this tunnel are firmly in place. Walled City of Lahore Authority (WCLA) Sub-engineer Hafiz Umran, who was working on the project, told The Express Tribune that a while ago when the rehabilitation and renovation work of Moti Masjid and Maktab Khana was started, traces of the tunnel were found during excavation.

“Further excavations and research reveals that this is a drain system that was built 400 years ago. Initially, the 625 feet long tunnel has been restored while more work will be done in the next phase.”

This tunnel passes under different parts of the royal fort, he added. “There are many small tunnels along the main tunnel when we enter in the tunnel. Lighting and air supply are also arranged at different distances.”

The tunnel was large enough to pass through easily. 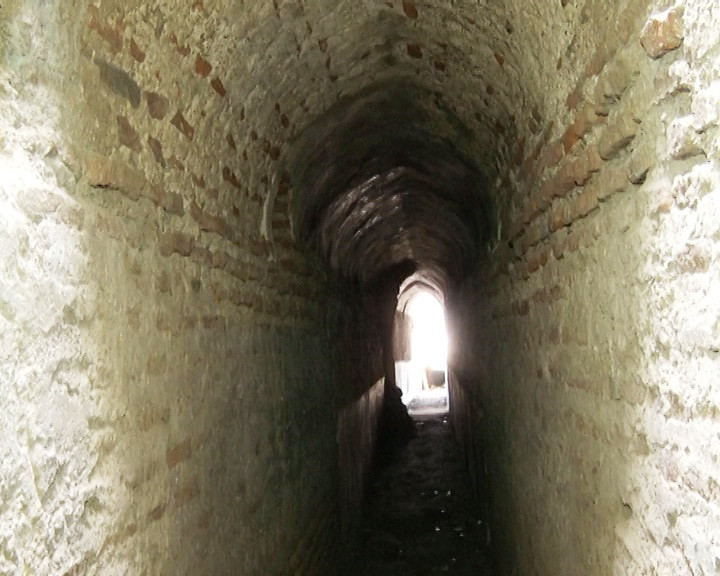 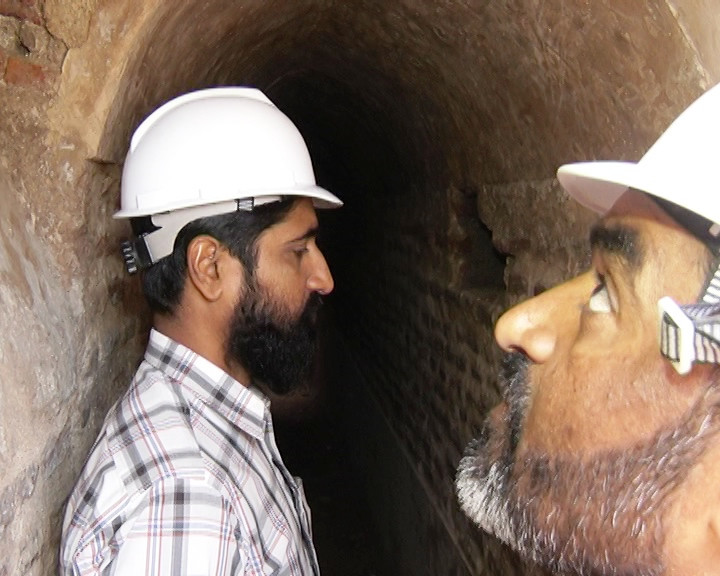 According to the WCLA sub-engineer, the water collected in the fort during the rainy season used to accumulate in the tunnels, which had damaged various parts of the fort, including the Moti Masjid, Maktab Khana, Haveli Mai Jindan and the museum building.

Initially, the 625-foot-long tunnel had been repaired and cleaned to enable drainage, and rainwater flowed out of the ancient tunnel. 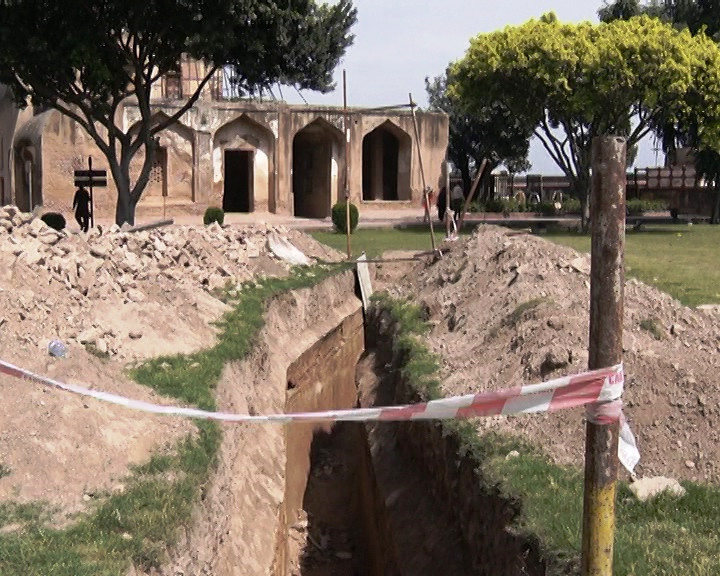 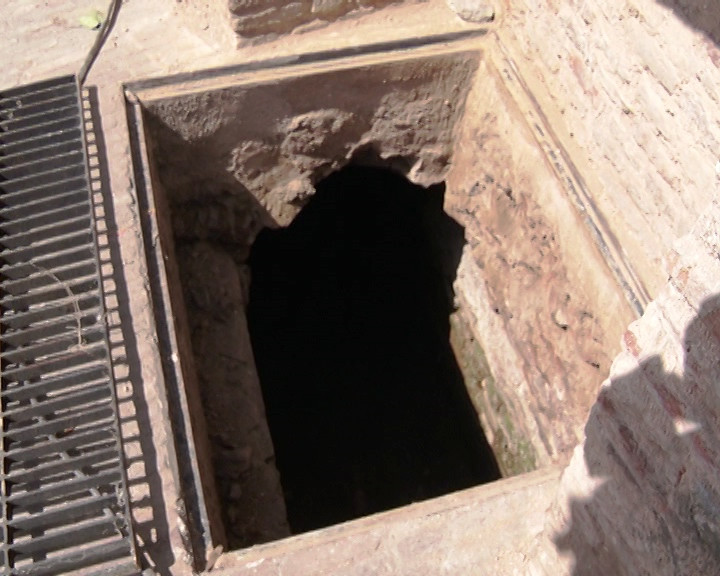 According to the experts, restoring the tunnel and drain, which had been closed for 400 years, was a difficult task.

In developed countries, modern machinery and equipment were used for such tasks but we have done it in the traditional way, they added. “Snakes and scorpions were also found during the excavation. We are happy that the tunnel is functional."

Archaeologists say the tunnel was apparently used for the drainage system. However, it is very large and the niches are placed inside it to hold the lamp, which suggests that the tunnel may have been used as a secret passage.

After excavating in different parts of the royal fort, the Walled City of Lahore Authority had also discovered ammunition, royal kitchen, Jahangir-era baths, basements under the Black Bridge and corridors.

Experts added that the fort had seven layers, meaning it was demolished and rebuilt seven times. If excavations are started in any part of the fort, many artifacts will be recovered from below. 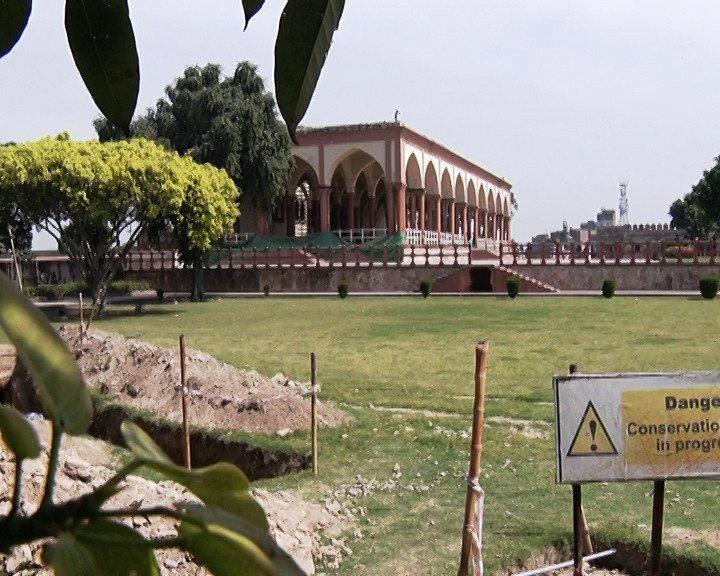 ‘Robbers’ beaten to a pulp were innocent: police