Thrashing can be the word of the day at the National Women’s Football Championship as Nepalese star-powered Masha United and Karachi United FC scored 19 goals each to dismantle any optimism from their opponents on the field in Group B fixtures at the Karachi Port Trust Stadium and KMC Stadium on Tuesday.

The four matches played on the opening day were for Group A and Group B teams, where WAPDA eased past Gilgit FC 14-0 while Hazara Girls FA against Hazara Quetta FA was the most decent-looking score-line of the day as their match ended in a goalless draw. In Group B, Karachi United disintegrated Karachi Women FC 19-0 and Masha United FC also annihilated debutants Sialkot City Women FC 19-0 to set the tone for the tournament.

“I’m very proud of playing in Karachi. I think the teams will improve as the tournament progresses,” Limbu told The Express Tribune after the match.

The 21-year-old is in Karachi with her fellows Anita KC, Gita Rana and Angela Tumbapo. The quartet arrived here three days before the tournament, and Saru said she was ecstatic, given she had also been the champion at the Nepal Women Football League that concluded last month, where she was named the best player.

“I’m enjoying this very much. We have been winners at our home league and my target here too is to win the championship. I’m sure the other teams will improve as the tournament progresses, but I also know in the first match we gave our 100% and in the next that will be 200% and it will only get better. My aim is always to make sure that the team I’m playing for wins,” she added.

Limbu scored 10 goals, and opened her mean streak in the 12th minute, continuing on to 18th, then 25th, 40th, 42nd and second minute of the extra-time in first half, while adding four more in the second half.

Anita, who has represented Nepal internationally, scored six goals to make her mark, whereas Samroze Samreen and Gita Rana, another Nepalese star, scored a goal each.

“The team is playing wonderfully, the players have gelled very well with our quartet from Nepal and the girls have found a good camaraderie. Language is not a barrier either and they want to improve too, they want to level up, we’ve had all our training sessions in Karachi, but it is a diverse team,” said coach Nasir Ismail. 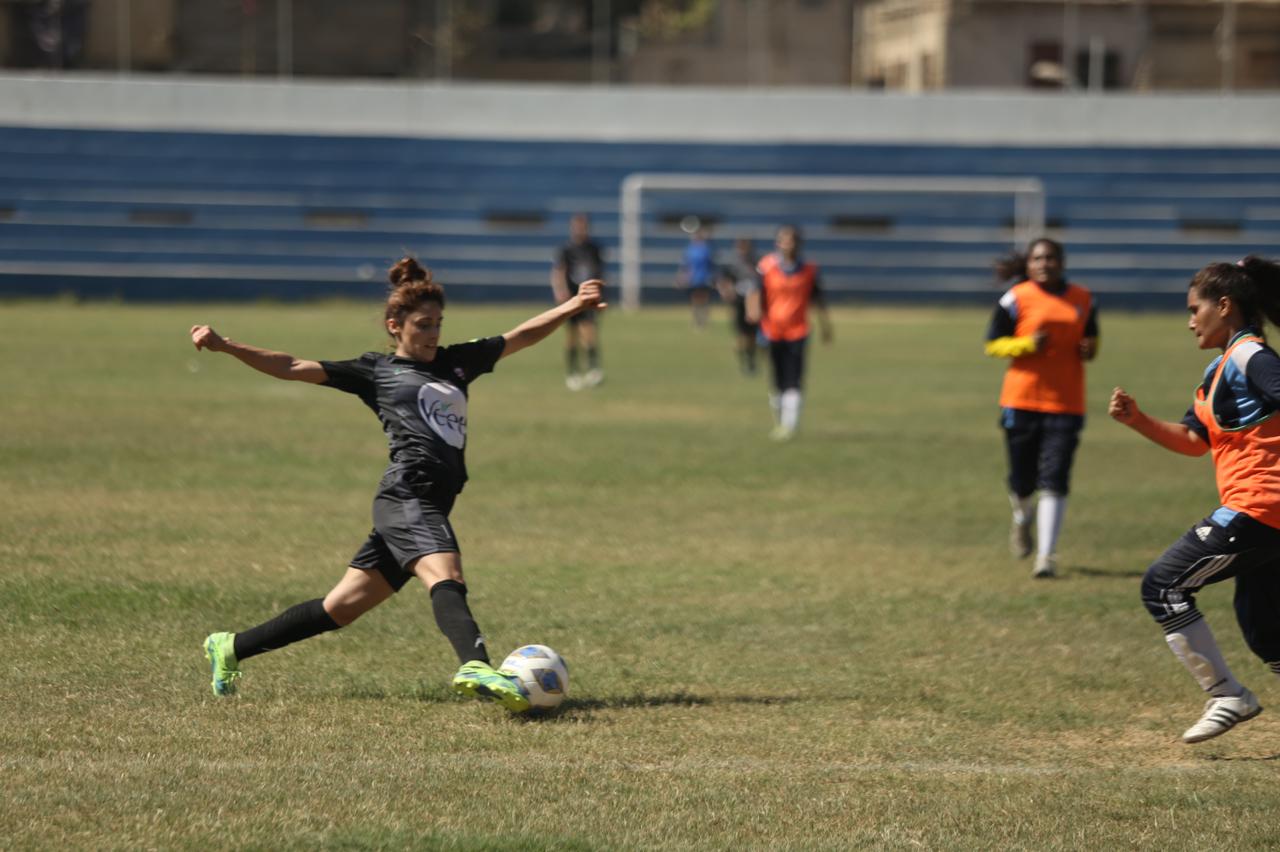 The disparity between the teams was staggering as it has always been, with more newer clubs added to the tournament. There will be a development National stage sub-event for the teams who face exit in the next round.

The Pakistan Football Federation (PFF) are holding the National Championship following their Asian Football Confederation (AFC) Women’s Day celebrations on March 8 which saw clinics and activities before the tournament kicked off on Tuesday.

The event is good news and one that also spells a little anxiety because of the younger girls being part of the tournament and the fact that the country is still fighting off Covid-19 pandemic, rather carelessly.

Four matches will be played on Wednesday from Group C and Group D. The tournament is scheduled to end on April 2.