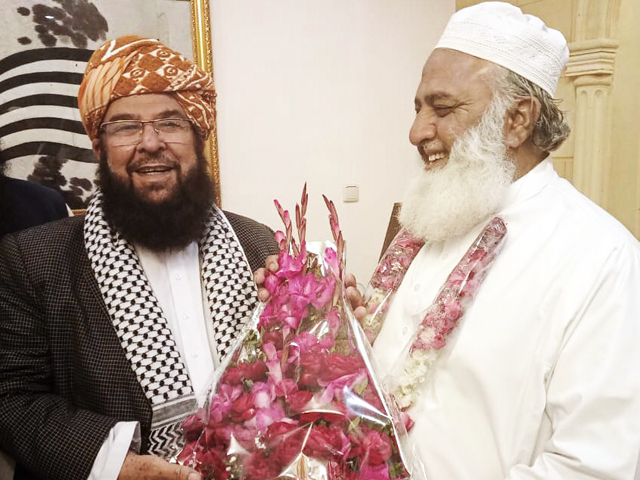 JUI-F chief Maulana Fazlur Rehman congratulated Haideri on his nomination, the party said in an official statement, adding that the latter thanked the former for reposing confidence in him.

“Will meet your and PDM's expectations… PDM's panel would succeed under the leadership of Yousuf Raza Gilani," he was quoted as saying during the meeting with Maulana Fazl.

The official Twitter handle of JUI-F shared an image in which party's amir could be seen handing over a bouquet to Haideri.

The announcement was made hours after the ruling Pakistan Tehreek-e-Insaf (PTI) offered Haideri the same position of the upper house, polls for which are scheduled to take place on March 12.

The JUI-F general secretary however refused the offer, saying the ruling party was trying to save its ‘sinking ship’ with such acts.

The offer was extended by PTI's Senate chairman candidate Sadiq Sanjarani and Defence Minister Pervez Khattak earlier in the day.

The PDM also managed to get its candidate Yousuf Raza Gilani elected at the crucial general seat of Islamabad, a contest in which he defeated the PTI’s Dr Abdul Hafeez Shaikh with five votes.

This setback compelled Prime Minister Imran Khan to seek a trust-vote from the National Assembly on March 6.

The nation is sick of these medieval extremist minded buffoons and they will be a disgrace to the senate. He should not be elected nation does not want him.