It is crucial to hold transparent elections in the country, says premier 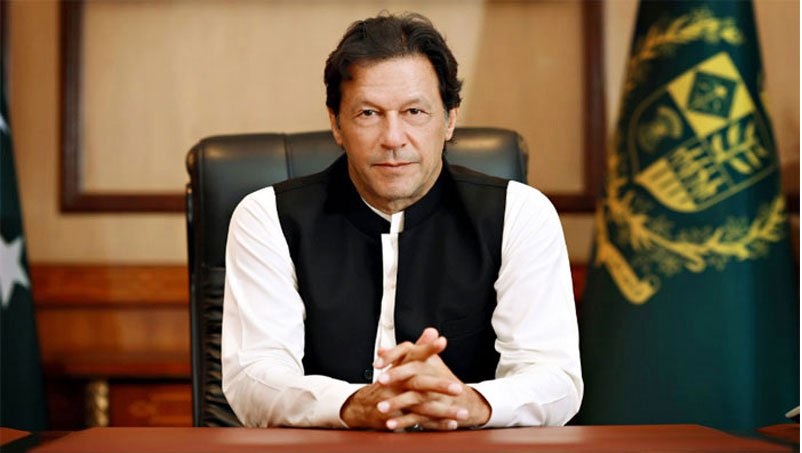 Prime Minister Imran Khan has said the only way to hold transparent elections in Pakistan is through the electronic voting system being used in the United States “as even former president Donald Trump could not point out any flaws after he lost to incumbent US President Joe Biden”.

“A transparent voting system debunked the former US president Donald Trump’s allegations of electoral malpractice,” the premier said on Tuesday ahead of the federal cabinet meeting.

According to the prime minister, the EVM system will not only enable millions of Pakistanis abroad to vote in elections but the modern technology will make the election process transparent. “The EVM will counter the voter fraud claims made after losing the polls.”

He said the overseas Pakistani will also get voting rights in the coming general elections, while laying emphasis on expediting work for introducing electoral reforms.

“Money was freely used to buy and sell votes during Senate polls. Now we cannot tolerate the way the Senate elections are conducted. We will have to introduce a transparent electoral system,” he added.

Earlier, Imran placed the United Nations’ Financial Integrity for Sustainable Development Report before the cabinet, saying billions of dollars are laundered from poor countries to rich countries every year.

The UN report reviews the current challenges and trends related to financial accountability, transparency and integrity, and makes evidence-based recommendations to close remaining gaps in the international system.

“The Sharifs and the Zardaris of these countries send the looted money to tax havens and then use their money and resources to weaken the institutions meant to keep an eye on money laundering and corruption. The tragedy is that such elements create a tolerance for corruption in the society.”

Imran said when a society accepts corruption as a fact of life is raises slogans like “Khata Hai Toh Lagata Bhi Hai [he is corrupt but is also using a portion of the money on public] and “Aik Zardari Sab Pe Bhari [No one can beat Zardari, the supreme of the PPP who has been repeatedly accused of corruption].

The premier said the nations which lose moral values and justice are annihilated.  “Once a nation loses its morality, it becomes incapable of doing justice,” he added.

Citing a tradition of the Holy Prophet (PBUH), Imran Khan said many past nations were wiped out because they had separate standards of justice for the poor and the rich.

Meanwhile, Minister for Information and Broadcasting Senator Shibli Faraz, while talking to the media after the cabinet meeting said, the electoral process would remain controversial without transparency and openness.

Right now a battle was underway between two systems -- the opposition was representing the evil side and the government was leading the righteous forces.

Faraz said Senator-elect Syed Yousaf Raza Gilani had not even shown an iota of repent over surfacing of the news about his son’s attempts to purchase votes in the recent Senate election.

On the contrary, "My father Ahmed Faraz will have disinherited me if I were involved in such dirty practices," he added.

“We will have to bring rule of law in the country as without this progress and prosperity is impossible.”

The minister said it was astonishing that Pakistan Democratic Movement chief Maulana Fazlur Rehman, who himself had been rejected by the people of his constituency, was demanding the government to resign.

The opposition was divided as a tug of war for Nawaz Sharif's succession was going on in the Sharif family between Hamza Shehbaz and Maryam Nawaz, while the other component parties had their own internal bickering, he added.

He denied the impression that the opposition had the support of 51 senators and the government had 48 senators.

During the last Senate elections, scores of PML-N senators were elected as independents. The ruling coalition's candidate Sadiq Sanjrani would win the coveted post of Senate chairman, he added.