Asad Qaiser says it is mandatory to respect elected public representatives; calls for inquiry into incident 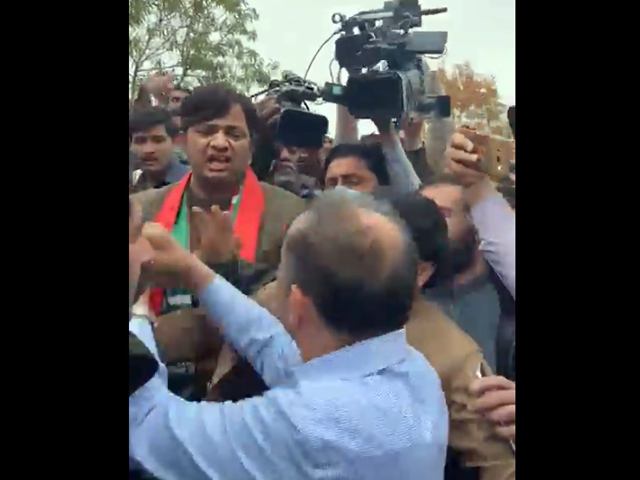 Speaker National Assembly Asad Qaiser on Sunday condemned the incident that occurred outside the Parliament Lodges between leaders of Pakistan Muslim League-Nawaz (PML-N) and supporters of Pakistan Tehreek-e-Insaf (PTI) a day earlier, saying it is incumbent upon all to respect the members of parliament.

"Such mistreatment of parliamentarians is unfortunate," the Speaker said in a statement issued today.

Qaiser stressed the need to nurture a culture of decency, patience and compassion in national politics.

"Members of parliament are elected representatives of the people and their respect is mandatory upon everyone," he remarked.

The Speaker further said that a comprehensive inquiry of the incident should be carried out. He also emphasised on the role national leaders should play to ensure such incidents don't happen in the future.

Tension between the government and the opposition, exasperated by relentless verbal duels, boiled over on Saturday as supporters of the ruling PTI and PNL-N got physical in the capital’s red zone and the melee was caught on tape.

The visuals of fist-fight, pushing and shoving caught social media by storm, triggering highly abusive trends on the popular microblogging site Twitter. The incident was condemned as a manifestation of growing intolerance in politics, with the government and the opposition giving conflicting accounts.

The clashes took place outside the Parliament House where lawmakers had convened to decide whether or not Prime Minister Imran Khan enjoyed the confidence of legislature.

The joint opposition had boycotted the session, but interestingly some PML-N leaders showed up to address the media.