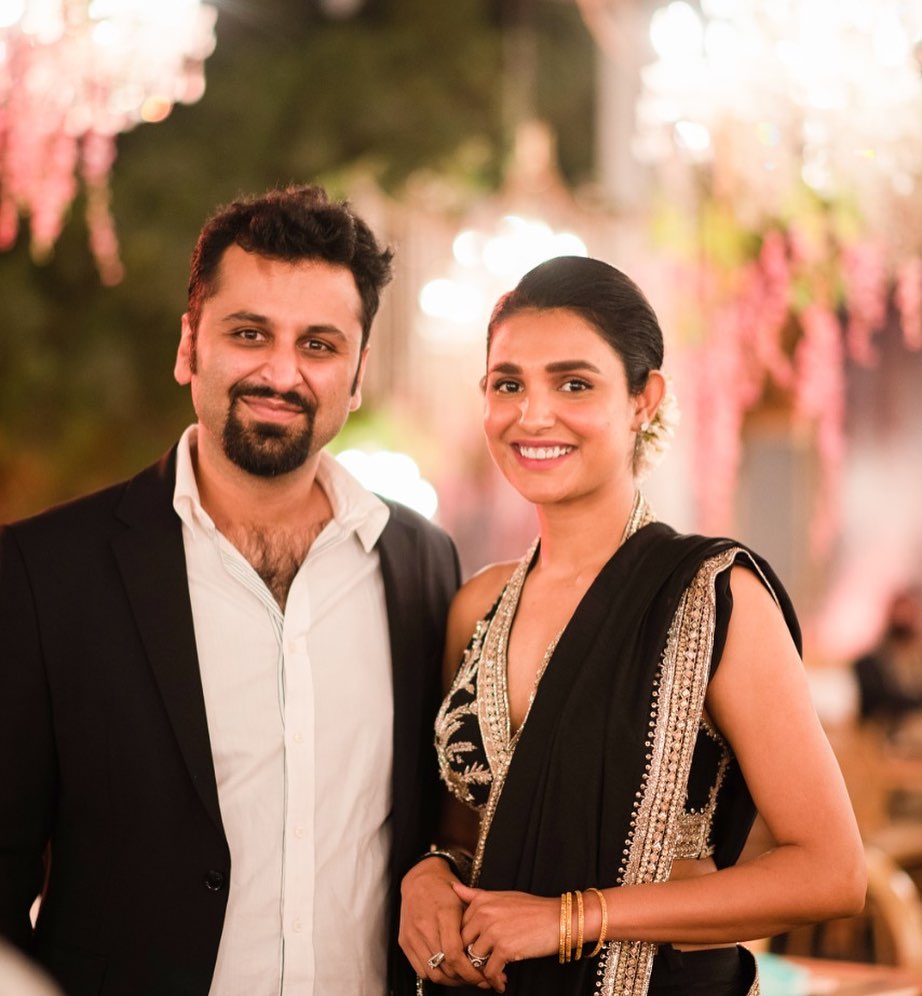 Popular actor Amna Ilyas, who shunned rumours of having married director Dawar Mehmood in 2020, has since been hinting at a budding romance with the filmmaker.

Even Dawar, who is her rumoured beau and alleged husband, has been an equal partner in sharing adorable photos with the model that make all their followers wonder where their relationship really stands.

Recently, Dawar shared a photo with Amna from a wedding they may have recently attended. He captioned the photo saying, “Never had a friend like you! Thank you for being the prettiest girl I’ve ever been with.”

And if you think Dawar calling Amna his friend and the prettiest girl he’s ever been with in one sentence was confusing, he then adds, “Till death doth uth aparth!!!”

In response to his appreciation post, Amna commented saying, “Every girl is pretty... badtameez! And I love you.”

In October 2020, Amna uploaded a quintessential autumn-esque picture on her Instagram with the caption, "Falling in love." Dawar went on to comment on the post saying, "Already in love," to which the Baaji star responded with a heart emoji.

A week before that, Dawar had even uploaded a picture with the model, showing the two cut her birthday cake together. "Comic timing, expressions, emotions, she nails it to the core! One of the finest actors I’ve worked with by far," he captioned the post. He then added playfully, "But agar shakal bhi utnee hee achee ho toh kya baat hai (if only your face was as great as your talents). Happy birthday pretty.”