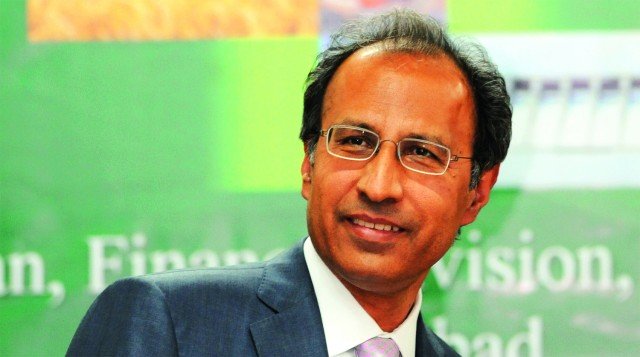 The ruling Pakistan Tehreek-e-Insaf is considering the possibility of making another attempt to get Dr Abdul Hafeez Shaikh elected as senator from Punjab by de-seating Senator-elect Ishaq Dar, who has not taken oath of the office, cabinet sources told The Express Tribune.

At least three cabinet members on Thursday revealed that the government wanted to retain Shaikh as the finance minister.

They said that the key reason was Shaikh’s connections in the international financial institutions, including the International Monetary Fund (IMF), that were critical for Pakistan for the revival of the stalled bailout package.

The sources said that the government may promulgate a presidential ordinance to define a timeframe for the elected members of parliament and the provincial assemblies to take oath.

It has been under consideration to introduce legislation to make it binding for an elected member to take oath in order to ensure the representation of the province or a constituency in the assembly, Asad Umar, the federal minister for planning and development, confirmed.

The minister had been requested to comment whether the government was considering promulgating an ordinance to de-seat Dar and bring Shaikh in his place from Punjab.

At present, there is no timeframe for an elected member to take the oath.

In March 2018, Dar had been elected as senator from Punjab on a technocrat seat for a six-year term, which will expire in March 2024. Similarly, former interior minister Chaudhry Nisar Ali Khan has also not taken the oath as member of the Punjab Assembly since his election.

Sources close to Shaikh said that the government has decided to retain the finance minister after his defeat, which jolted the PTI government and forced Prime Minister Imran Khan to go for a vote of confidence in the National Assembly.

Shaikh is not an elected member of parliament and was made a minister in December 2020 for a maximum period of six months after the Islamabad High Court barred the unelected advisers to chair and become members of cabinet bodies.

The six-month term, defined under the Rules of Business, 1973, would expire on June 9.

The sources said that the government was not in a position to do any kind of political experiment at this stage by bringing a new finance minister who does not understand the language of the IMF.

Shaikh on Thursday postponed all his scheduled meetings, including the meeting of the Economic Coordination Committee of the Cabinet and the Executive Committee of National Economic Council. Shaikh was taking his time to let the political dust settle down.

Pakistan and the IMF reached a staff-level agreement last month, which in the words of a high-profile bureaucrat is still “very tenuous” due to so many strings attached for calling a board meeting.

Pakistan needs to approve or introduce at least four bills in parliament during the next few days to get a date for the IMF Executive Board meeting, the sources said.

However, it would not be an easy task for the government to implement tough IMF conditions due to resentment expressed by the ruling party MNAs during their interaction with the prime minister this week, the sources said.

Also, the ruling alliance does not enjoy majority in the Senate, which may make it difficult to pass the Nepra Act amendments that seek to impose electricity surcharges and give timelines for increasing power tariffs.

The sources said that Pakistan also has to deliver on a few other critical conditions, mainly about imposition of new taxes, from now onwards till June.

The successful implementation of these conditions would ensure the continuation of the IMF programme, particularly approval of the 6th review in July or August, the sources said.

However, it would not be an easy ride for the ruling party to get Shaikh elected on a technocrat seat from Punjab. The ruling alliance has 192 votes in the provincial assembly compared with 173 of the opposition parties.

In May 2018, the Supreme Court suspended the Senate membership of former finance minister Dar after he failed to appear before the apex court.

The court gave orders for his suspension from Senate while hearing a petition filed by PTI’s Nawazish Ali Pirzada — who had received 12 votes as a Senate candidate on technocrat seat from Punjab against Dar's 155.

In May 2018, Dar’s lawyer had told the court that Senator-elect Dar was suffering from left arm and chest pains resulting from a spinal issue in his neck and was not in a position to appear before the court.

The apex court had summoned the former finance minister, who has been in London since October 2017 and was declared an absconder by an accountability court in a corruption reference.