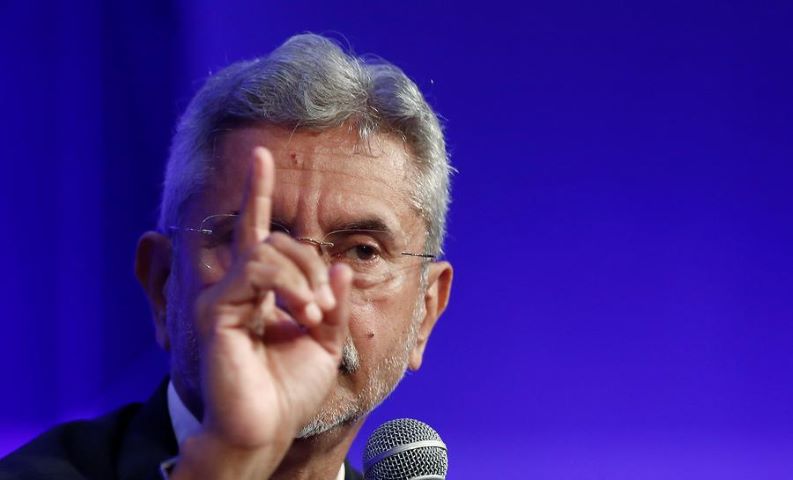 India’s foreign minister arrived in Bangladesh on Thursday ahead of a visit by Prime Minister Narendra Modi amid efforts to resolve the fate of 81 Rohingya refugees who are on a boat adrift in international waters.

“Of course, the Rohingya refugee issue will come up during the Indian minister’s day-long visit but the prime agenda will remain around Modi’s upcoming visit,” said a senior foreign ministry official, speaking on condition of anonymity as he was not authorised to speak to the media.

Last month, Indian coastguards rescued 81 Rohingya Muslims whose boat was drifting in the Andaman Sea for over two weeks after they left Bangladesh, home to over a million Rohingya refugees from Buddhist-majority Myanmar. Eight people on the boat had already died of dehydration.

The fate of the refugees remains unclear as India, so far, has not allowed their entry into its territory and wants Bangladesh to take them back.

But Bangladesh Foreign Minister A.K. Abdul Momen last week told Reuters that his government expects India, the closest country, or Myanmar, the Rohingyas’ country of origin, to accept the 81 survivors.

Hundreds of thousands of Rohingya were forced to flee their homeland after a crackdown by Myanmar’s military in 2017. Myanmar denies accusations of genocide and says the army was fighting a legitimate counter-insurgency campaign.

Aid agencies are demanding that governments stop passing the buck and pluck the 81 survivors immediately from the Andaman sea.

India has in recent weeks provided two million doses of Covid-19 vaccine shots to Bangladesh and could use that goodwill to press Dhaka to accept the refugees.

Modi is visiting Dhaka as part of the 50th-anniversary celebrations of Bangladesh’s independence later this month.