Premier welcomes restoration of ceasefire on LoC; says Pakistan responded at a time and place of its choosing 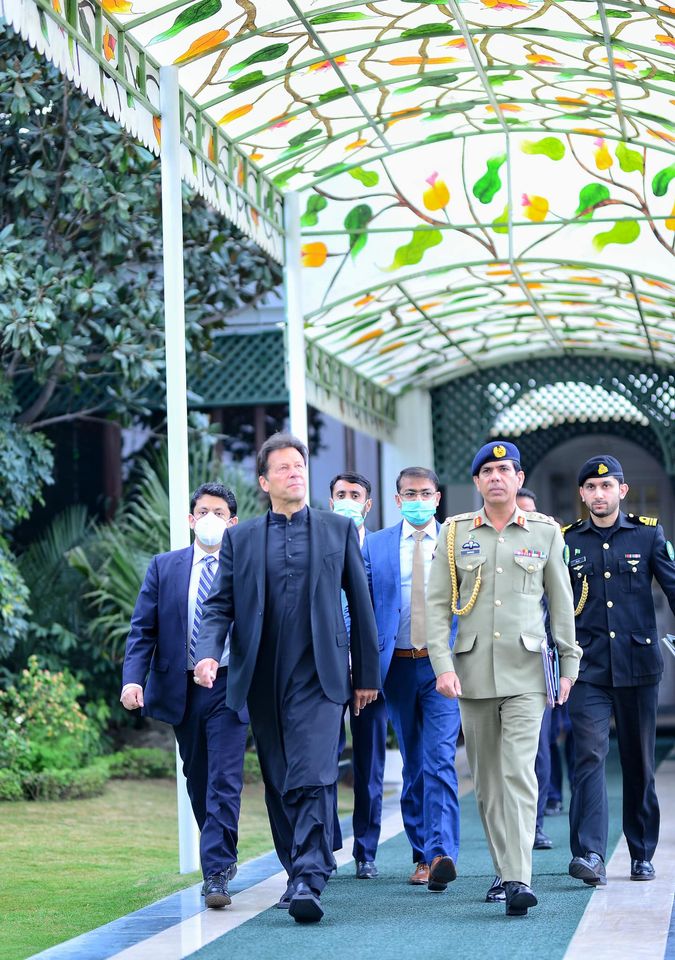 As the nation celebrated the second anniversary of operation ‘Swift Retort’ on Saturday, Prime Minister Imran Khan once again offered an olive branch to India amid reports that New Delhi and Islamabad have agreed in “quiet diplomacy” to lower political rhetoric for normalisation of bilateral ties bedeviled by unabated acrimonious exchanges.

“The onus of creating an enabling environment for further progress rests with India,” Premier Imran said on his official Twitter handle while welcoming the restoration of the ceasefire agreement along the Line of Control (LoC). “India must take necessary steps to meet the long-standing demand and right of the Kashmiri people to self-determination according to the UNSC resolutions,” PM Imran tweeted.

On February 27, 2019, operation Swift Retort was launched in response to India’s botched “surgical strike” in Balakot, KhyberPakhtunkhwa, wherein the Indian Air Force managed to “kill” only a few trees. Pakistan downed two Indian jets, a MiG-21 Bison and a SU-30, after they attempted to intrude into the country’s airspace.

The pilot of the MiG-21, Wing Commander Abhinandan Varthaman, was captured by the Pakistani authorities as his fighter jet crashed inside the territory. The Indian pilot was released a day later as a goodwill gesture

to the world Pakistan’s responsible behaviour in the face of India’s irresponsible military brinkmanship, by returning the captured Indian pilot,” Imran said. “We have always stood for peace and remain ready to move forward to resolve all outstanding issues through dialogue.”

Imran said, “I congratulate the entire nation and salute our armed forces on the second anniversary of our response to India’s illegal, reckless military adventure of air strikes against Pakistan. As a proud and confident nation, we responded with determined resolve at a time and place of our choosing.”

Officials familiar with the “quiet diplomacy” revealed that Pakistan and India have decided to lower their rhetoric against each other as part of the understanding reached between the two neighbouring countries in order to create a better environment for holding dialogue on other burning issues, days after agreeing to restore ceasefire along the LoC.

As part of what is termed as a confidencebuilding measure, the two sides would avoid using harsh statements against each other. The proposal came from India first, said a source privy to the development.

India was concerned over Prime Minister Imran Khan’s approach to target his Indian counterpart, Narendra Modi, often equating him with Hitler. One of the steps the two sides discussed through “quiet diplomacy” that resulted in the LoC ceasefire agreement was how to reduce tensions and create a better environment.

The Indian side, the sources said, requested Islamabad to halt personal jibes against Premier Modi particularly by his Pakistani counterpart. Pakistan was told that India could take steps to lower tensions and re-engage with Islamabad if PM Imran stopped slamming Modi. The request was accepted and Imran halted his scathing criticism against Modi. January 17 was the last time the prime minister gave any critical statement against Modi.

After that, he avoided launching personal attacks against Modi either through his tweets or statements. He had the chance to do so on different occasions including the Kashmir Solidarity Day (February 5) and on the second anniversary of Swift Retort. But unlike the past, Imran, on both occasions, sounded more reconciliatory, offering talks to resolve the Kashmir dispute with India.

Pakistan has set certain pre-conditions including reversing the August 5, 2019 move by India to re-engage with New Delhi. Observers believe that it is highly unlikely that the Modi government would reverse its decision. But they think the Indian Supreme Court could provide a way out. There are a slew of petitions currently pending before the Indian Supreme Court against the abrogation of Article 370 of the Indian Constitution.

The Indian Supreme Court can restore the special status, allowing Modi a potential facesaving. However, experts have a word of caution for Pakistan. The change in India’s approach is believed to be linked with its current standoff with China. Although China and India recently disengaged from one of the hotspots in the Ladakh region, tensions still persist. The view in the Indian strategic community is that India needs to re-engage with Pakistan in order to focus on China. Sources said that other steps may be on the cards other than lowering the rhetoric.

The two countries may restore the diplomatic relationship to the pre-August 5, 2019 period. After the Indian abrogation of the Kashmir special status, Pakistan recalled its high commissioner from New Delhi while expelling the Indian envoy from Islamabad. India may also drop its opposition to Pakistan hosting the summit of South Asian Association for Regional Cooperation. The summit was to take place in November 2016 in Islamabad but the Indian boycott could not make it happen.