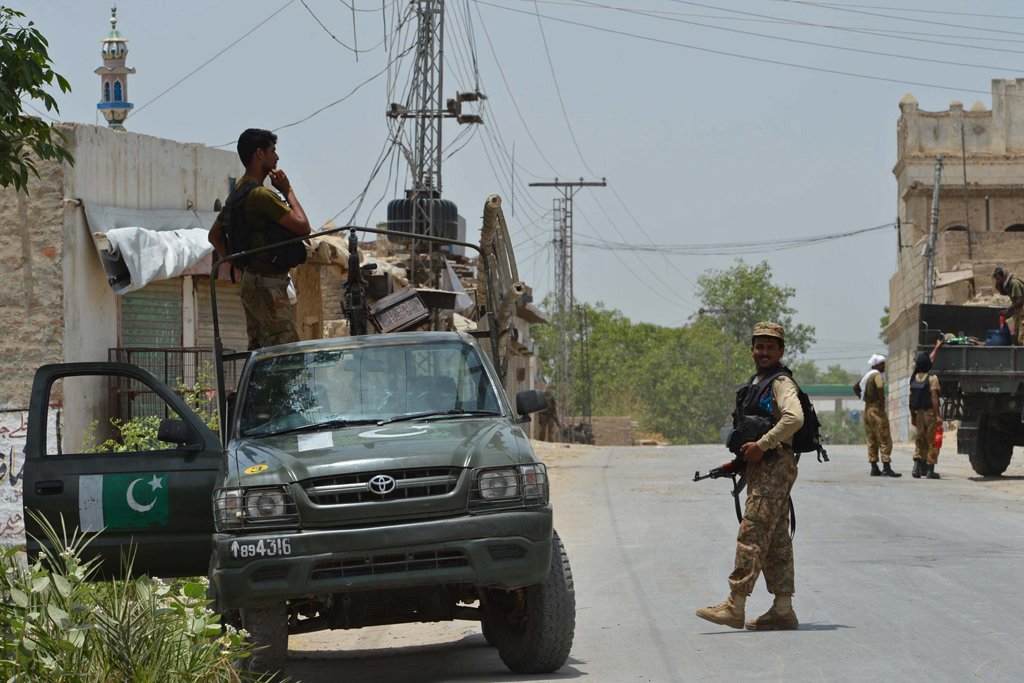 Security forces on Friday killed a high-profile terrorist in South Waziristan in an intelligence-based operation (IBO), said a statement from the Inter-Services Public Relations (ISPR).

Acting on intelligence regarding the presence of the wanted and sought after TTP commander Nooristan alias Hasan Baba in the Sharmangi area, security forces conducted a raid at the location.

During the exchange of fire, Baba was killed. He was an expert improvised explosive device (IED) maker and a trainer. The military's media wing said he was involved in the martyrdom of more than 50 security personnel since 2007.

Baba is the second high-value target to have been killed by security forces within a week's time.

Sajna was involved in the killing of four women workers in Mir Ali on Monday.

A cache of arms and weapons was also recovered during the operation, said the military’s media wing, adding that the area combing was carried out by the security forces following the operation.