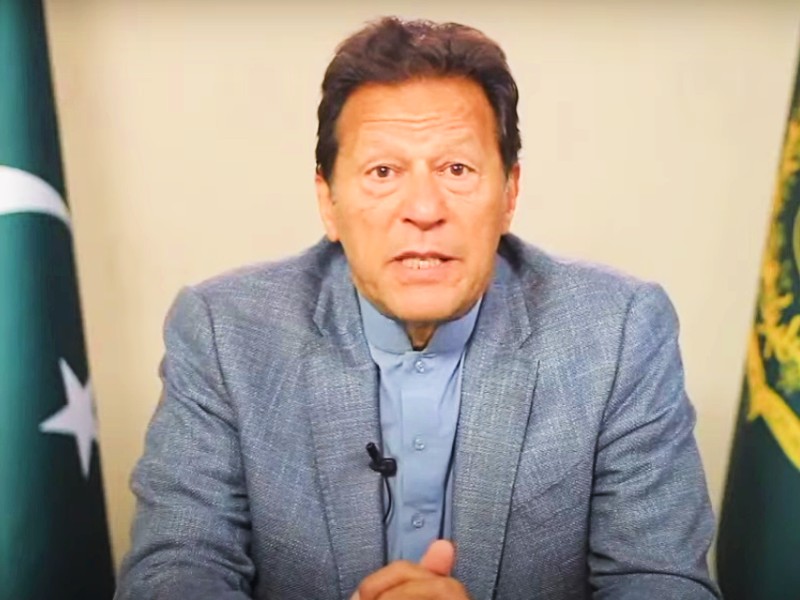 Prime Minister Imran Khan addressing the virtual launch event of the Final Report of the High-Level Panel on International Financial Accountability, Transparency and Integrity for achieving the 2030 Development Agenda. SCREENGRAB

He said while addressing the virtual launch event of the Final Report of the High-Level Panel on International Financial Accountability, Transparency and Integrity for achieving the 2030 Development Agenda on Thursday.

PM Imran also asked the "haven" countries to immediately and unconditionally return all foreign assets that are shown to be stolen or whose "legitimacy" cannot be explained.

He said the UN should initiate various steps including negotiations on the new international tax cooperation and anti-money laundering legal instruments.

He called for the establishment of a UN Coordination, Adjudication and Mediation mechanism on illicit financial flows. "Pakistan will work actively with all like-minded countries to realise these vital objectives."

Read more: Pakistan to be made into industrial state, agro-based economy: PM Imran

The prime minister endorsed the panel's proposals, which include the application of international "values" of honesty and integrity to all financial transactions, strengthening policy frameworks and reforming relevant institutions dealing with these illicit financial flows.

National and cross-border financial transactions, he said, should be regulated under a "values-based" system, encompassing accountability, transparency, legitimacy, fairness, inclusion and equity.

"Global financial governance must improve and policies on illicit flows must be implemented in a coordinated and coherent way by national and international institutions and bodies," he added.

Premier Imran said international bodies dealing with tax matters, corruption and illicit financing should not be used as instruments of pressure and coercion against developing countries.

He said the magnitude of the illicit financial flows is staggering can have a transformational impact on the development prospects of the developing countries if returned.

"The recovery of stolen asset will enable the developing countries to eradicate poverty, reduce inequalities, build back better after the Covid crisis, address climate change and strengthen human rights."

The prime minister said $7 trillion stolen assets are parked in the financial "haven" countries. He said the flight of these vast resources from the developing countries is a principal cause of their underdevelopment, poverty, inequality and political.