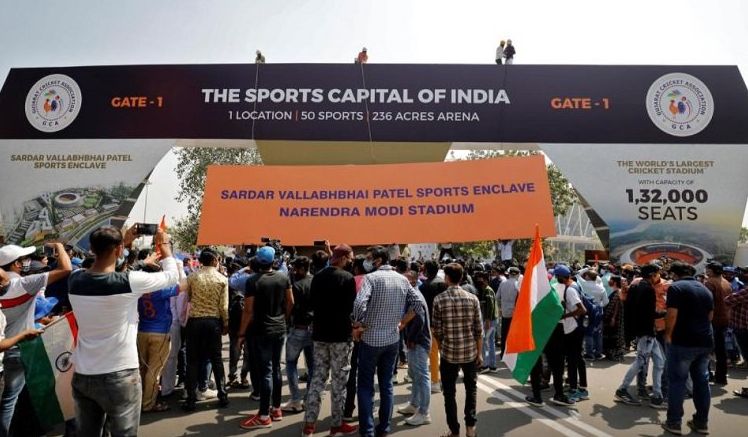 The name change to the Narendra Modi Stadium was unveiled at the 132,000-seat venue formerly known as Sardar Patel Stadium in Ahmedabad, in the western state of Gujarat, where India are playing England in the third match of a four-game test series.

A gifted orator and consummate populist, Modi is by far the most popular and recognisable politician in India, and won a second term in power with an increased majority for the nationalist Bharatiya Janata Party (BJP) in 2019.

But Modi has also been accused of centralising power in the world’s biggest democracy.

Others said the decision reflected a cult of personality surrounding Modi.

“The people of Gujarat will not bear this insult to Sardar Patel,” said Hardik Patel, president of the opposition Congress party in the state.

Patel was India’s first interior minister, long revered for his tough approach on national issues. Authorities have named the larger complex surrounding the stadium after him.

Dedicating sports stadiums to former prime ministers is common in India, but renaming such a high-profile venue for a sitting leader is rare.

Many of India’s public institutions and projects have been named after members of the Congress’ Nehru-Gandhi dynasty that governed India for decades and which Modi’s party long criticised as the dominance of one family.

“Both the BJP and Congress are busy perpetuating political branding,” Sanjay Jha, a former Congress official and political commentator, said.