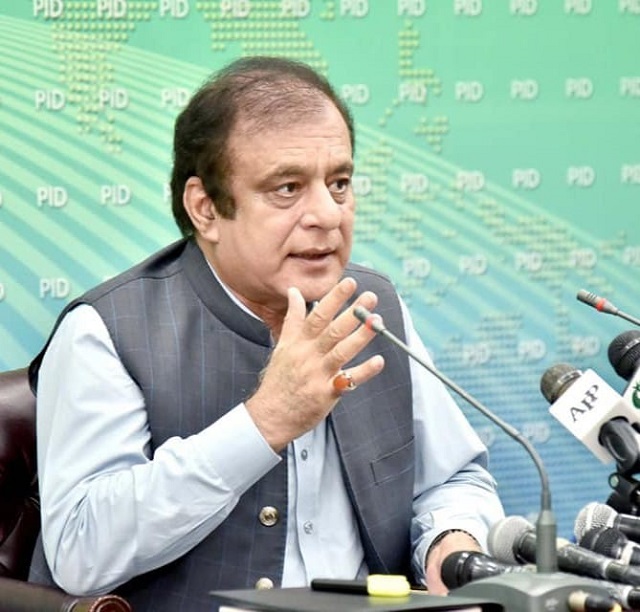 Speaking to the media on Tuesday, he said the premier has always faced the challenges boldly and in this particular case. "Pakistan Tehreek-e-Insaf (PTI) is ready for the re-polling.

He said the ruling PTI would accept decision taken by the Election Commission of Pakistan (ECP) regarding re-polling in Daska’s NA-75 constituency amid opposition’s rigging allegations.

Shibli while taking a jibe at his opponent party said that it is ironic that the PML- N “which was the inventor of Chhanga Manga style of politics and horse-trading in the politics was crying foul”.

He said whenever the opposition parties won elections, they termed them fair and transparent but when they lost, they started crying hoarse.

Criticising the “duplicity” of the opposition parties, he said those who promote corruption and horse-trading were opposing open ballot in the Senate elections.

He said the PTI government wanted to introduce electronic voting system in general elections to ensure transparency in the election process.

The PML-N has always pursued a policy of bullying and rigging and people like Rana Sanaullah and Javed Latif were sent in the constituency on the election day to create chaos, the federal minister said.

He said the PML-N goons disturbed the law and order situation in by-polls and added keeping its tradition of changing stances, the PML-N has backtracked from its earlier stance and now demanding new elections in the entire constituency.

He said the politics of opposition parties, PML-N and Pakistan Peoples Party, was based on deceit and lies.

He said the final decision regarding the re-election in NA-75 constituency would be taken by the ECP which was an independent institution and the PTI would accept it.

Shibli said the PTI believed in institutions whereas the opponents believed in bullying and violence and opened fire on women and children in Model Town, Lahore.

He said the PML- N vote bank in the Punjab is shrinking whereas the PTI's vote bank is increasing with every passing day.

The PML-N would again bite the dust after the prime minister's challenge of holding re-polling at 20 polling stations, the minister said, adding that PML-N leaders had taken “refuge” in London flats after plundering nation’s wealth.