Inability to express yourself on TV can be suffocating: 'Bigg Boss 14' winner Rubina Dilaik

Starlet recalled her most challenging experiences on the reality TV show 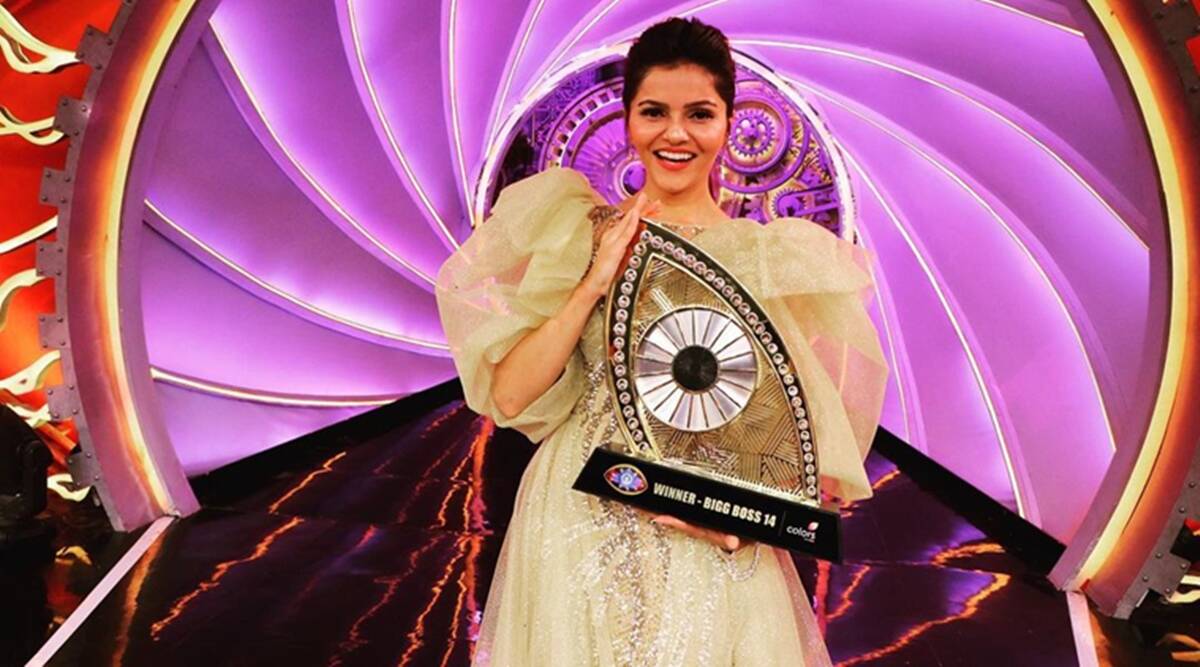 Rubina Dilaik emerged as the winner of Bigg Boss 14 on Sunday night, after a roller-coaster journey of the last four and a half months, according to The Indian Express. The popular television personality never managed to win the hearts of her co-contestants, but her fans stayed true to her.

The reality show also provided Rubina and her husband Abhinav Shukla with a second chance to work on their marriage. The couple had revealed on air that they were going through a rough patch and had also thought about divorce. The TV actor defeated Rahul Vaidya to take home the coveted trophy.

After her big win, Rubina, in a conversation with the outlet, opened up about her Bigg Boss 14 journey, what led to her victory and how she took Salman Khan’s harsh words during the Weekend Ka Vaar.

“It’s been a long journey of 143 days, and it was worth every effort, struggle and failure that I faced in the house,” she said. “There was always a desire to win but this game is all about destiny. Hence, I left it to that. I really had no clue about the game but the learning spirit has always been ingrained in me.”

Asked if it was difficult to open up about her marriage and vulnerable situation on television, Rubina confessed, “It was very tough because there is always a fear of rejection and being criticised and judged. The dejection part is something that always holds you back from not accepting your flaws and mistakes. The most beautiful learning in my Bigg Boss journey has been to embrace all shortcomings with grace. When you are able to do that, your weakness becomes your strength. And if you overcome this, put it out on TV and are able to inspire even one life, I think it’s worth dealing with all challenges.”

Recalling her most challenging experience, the actor was reminded of that one time she could not explain her situation to her husband. “Bringing your intimate relationship into the public arena and not being able to express yourself freely can really suffocate you. It was very tough for me, as I wanted him to understand but could not say it in words,” she explained.

In an earlier interview, Abhinav had shared that the best thing the show did for him was to strengthen his bond with his wife. So following her victory, Rubina also claimed that for her, her relationship is the most precious thing, and not the Bigg Boss win. “This [her trophy] I don’t take it for granted but I have always believed that success is all about professional and personal life together. And now, towards the end of the journey, I can probably say that I have been able to achieve that.”

During the episode, Rubina was called authoritative, manipulative, a hypocrite and much more. According to her, these “accusations only strengthened my resolve to look forward and move on and propelled me to do better.”