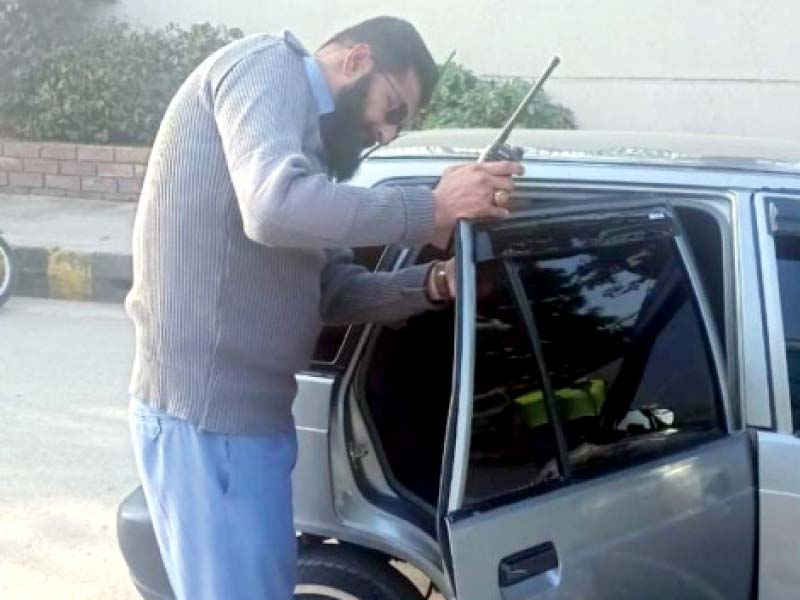 A traffic police officer removes the tint from the windows of a car during the ongoing campaign in Rawalpindi. PHOTO: EX-PRESS
RAWALPINDI:

Traffic wardens of the Rawalpindi City Traffic Police (CTP) have been directed to accelerate the ongoing campaign against tinted glass vehicles.

Chief Traffic Officer (CTO) Mazhar Iqbal said on Monday a comprehensive campaign had been launched against vehicles with tinted glasses, terming it a security risk.

He said all the wardens, beat in-charges, sector in-charges and Deputy Superintendents of Police (DSPs) had been directed to take strict action against vehicles with tinted glasses without any discrimination.

He stressed that no one would be allowed to violate traffic rules, saying that the campaign would be made effective and result-oriented.

The CTO further stated that special campaigns were also launched in the past to educate commuters about the observance of traffic rules which are meant for their own safety.

A spokesperson said that a CTP, under a special campaign, removed tinted glasses from 888 vehicles during January and issued challan slips to the violators. CTP had started the special campaign given the security situation, he added.

He maintained that special squads were constituted to check for violators while several vehicles were also impounded in different police stations.