Unless Myanmar transforms its elite configuration, it will remain trapped in the cycle of regime oscillations 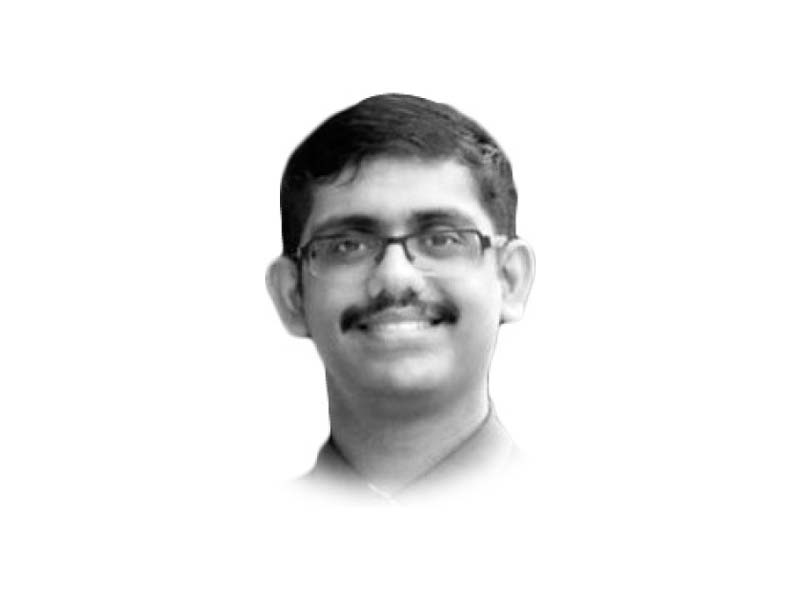 The writer is an analyst on Pakistan’s domestic politics and foreign policy. He holds a Master’s from South Asia Institute, University of Heidelberg, Germany and can be contacted at [email protected]

Regime oscillations is a phenomenon of multiple regime transitions within a specific time period, often involving a pendulum swing back and forth from one regime type to another. This is an ongoing phenomenon in many unstable regimes in the Afro-Asia world such as Myanmar, Bangladesh, Pakistan, Nigeria, etc. In their paper titled ‘The Elite Variable in Democratic Transitions and Breakdowns’ published in the American Sociological Review (1989), John Higley and Michael G Burton write: “Stable democratic regimes depend heavily on the ‘consensual unity’ of national elites. So long as elites remain disunified, political regimes are unstable, a condition which makes democratic transitions and democratic breakdowns merely temporary oscillations in the forms unstable regimes take.” Higley and Burton also suggest that one should avoid according watershed importance to any latest regime transitions in countries with long records of instability; unless one can find compelling evidence showing that the required elite transformation from disunity to consensual unity has taken place. Following this guideline will prevent one from making callous judgements on regime transitions; instead this will enable one to view the phenomenon as part of a larger cycle or swings of regime oscillations.

In the case of Myanmar, five regime transitions have occurred since its independence from British colonial rule in 1948 (including the February 1, 2021 military coup d’état). The first post-colonial regime in what was then called Burma lasted from 1948 to 1962. It was governed by a political alliance known as the Anti-Fascist People’s Freedom League (AFPFL). The AFPFL was founded by Major-General Aung San (father of Aung San Suu Kyi) who led a delegation to London to negotiate his country’s independence with the then British Prime Minister, Clement Atlee. This resulted in the signing of the Aung San-Atlee agreement on January 27, 1947 paving the way for Burmese independence achieved on January 4, 1948.

The second regime transition in Burma was an outcome of a military coup d’état that took place on March 2, 1962, thus establishing a military junta-party hybrid dictatorial regime known as the Burma Socialist Program Party (BSPP) that prevailed for 26 years within the framework of a totalitarian one-party-state model. General Ne Win who orchestrated the 1962 military coup d’état reigned as the Chairman of the BSPP until he was forced to resign in 1988 due to a nationwide civil disobedience movement known as the ‘8888 uprising’. It was in the course of the ‘8888 uprising’ that Aung San Suu Kyi emerged as an icon of the Burmese struggle for democracy. The BSPP regime was overthrown by another coup d’état on September 18, 1988 staged by five-star Senior General Saw Maung. Thus Burma witnessed its third regime transition from the BSPP military junta-party hybrid to the military junta officially known as the State Law and Order Restoration Council (SLORC). It was during the regime of the SLORC that Burma was renamed as Myanmar in 1989.

In 1991, Aung San Suu Kyi was awarded with Nobel Peace Prize for her non-violent struggle for democracy and human rights in Myanmar. Growing international support for the Nobel laureate, coupled with the 1990 election result, challenged the moral authority of Senior General Saw Maung within the military junta. This caused his forced resignation under the pretext of ill health on April 23, 1992. Senior-General Saw Maung was also reported to have turned senile in his last years in power. He became a huge embarrassment for the SLORC military junta when he began to refer to himself as the reincarnation of an 11th century Burmese warrior-king. Senior General Saw Maung was succeeded by his deputy, Senior General Than Shwe, who was more ruthless and corrupt. Senior General Than Shwe reorganised the SLORC military junta and renamed it the State Peace and Redevelopment Council (SPRC) in 1997.

The SPRC promulgated the 2008 constitution of Myanmar that institutionalised the role of the Tatmadaw (Myanmar Army) in politics, reserving 25 per cent of seats in the legislature and three ministries (defence, home affairs and border affairs) to be directly controlled by the military. This enabled Myanmar to complete its fourth regime transition from a military junta to a hybrid civilian-military regime following the 2010 Myanmar general election won by the pro-military Union Solidarity and Development Party (USDP). The NLD boycotted the 2010 Myanmar general election, however it successfully contested by-elections in 2012. Aung San Suu Kyi won a parliamentary seat in the 2012 by-elections allowing her to become Leader of the Opposition in the Myanmar House of Representatives. The NLD subsequently won the 2015 Myanmar general election leading to the appointment of Aung San Suu Kyi as State Counsellor (equivalent to Prime Minister).

Myanmar experienced its fifth regime transition on February 1, 2021 when it endured a military coup d’état dismantling the incumbent civilian-military hybrid regime. The coup d’état was justified by allegations of fraud and rigging of the November 8, 2020 general election which saw the victory of the NLD and defeat of the USDP.

This occurrence of five regime transitions in Myanmar since its independence in 1948 can collectively be termed regime oscillations. In the case of Myanmar, I make the inference that in each of its five regime transitions, the process of transformation in the elite configuration from disunity to consensual unity has been largely absent. Thus according to the theoretical prognosis of Higley and Burton (1989), regime oscillations will continue to be an ongoing phenomenon in Myanmar. This assertion can be verified by researchers and journalist through deductive theory-testing process tracing to confirm the presence and functionality of the causal mechanism of elite disunity giving rise to the manifestation of regime oscillations in Myanmar.

In the academic discipline of political science, causal mechanisms are devices also known as intervening variables placed between a cause X and outcome Y in the causal process chain. This means that one cannot make any mono-causal claims when identifying a casual mechanism as by definition it is caused by other preceding variables, thus bearing no independent powers of causality. I therefore conclude by making no claims of elite disunity as the sole cause of regime oscillations in Myanmar but rather as causal mechanism of this unexplained phenomenon. The causes of elite disunity can be traced to the structural conditions of Myanmar such as it post-colonial nation state formation process, deep underlying socio-economic conditions, and its nature of state-society relations. Nevertheless, it is my opinion that until and unless Myanmar transforms its elite configuration from disunity to consensual unity, it will remain perpetually trapped in the cycle of regime oscillations even while it may experience temporary long spells of limited stability.